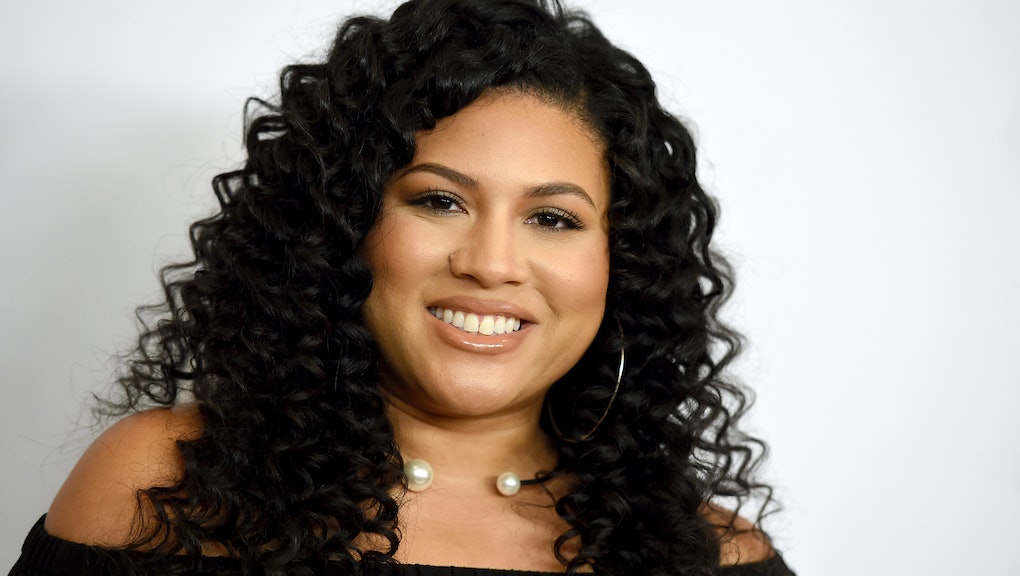 The massive success of her film Girls Trip made screenwriter Tracy Oliver the first black woman in history to write a film that grossed more than $100 million. Now she’s turning her attention to television for a series that will reboot the 1996 divorce comedy The First Wives Club.

Oliver has worked with Black-ish creator Kenya Barris — the two cowrote Girls Trip together — and has collaborated with her friend and Stanford classmate, Insecure creator Issa Rae; she’s worked behind the scenes and in front of the camera. On Monday, Mic spoke with the multi-talented and history-making Oliver about her upcoming TV series, what it’s like to be part of a movement of powerhouse black creators in Hollywood and what superhero film she’d love to tackle someday.

(Editor’s note: The following interview has been edited and condensed for clarity.)

Mic: Congratulations on your pilot getting picked up! That’s so exciting. Has this First Wives Club reboot been something you’ve wanted to do for a long time?

Tracy Oliver: Actually, no! It’s one of those [films] that my mom and my sister and I watched every time it’s on TV, it’s one of those family-favorite movies. For the women in particular in my family, it’s been one of those things forever.

I love the movie, but I didn’t go after this. It just kind of all came together in a really cool way, I got a call from my agent saying that an exec at Paramount really loved the Girls Trip trailer and wanted to see if maybe I would be interested in bringing my sensibilities to a First Wives Club remake and I was like, “Wait, what? I love that movie!”

I saw that you had mentioned wanting to do the remake with an all-black cast — is that still the plan? How else are you going to tweak the original and update it for 2018?

TO: That is still happening — it is all black women, at least for the pilot. We’re definitely going to expand beyond that in the series, if that happens, but the pilot is three black friends who went to college together. It still kind of follows the same general storyline, which is that they each have unique problems in their marriage and we’re dealing with it in different stages, so that’s the same.

One of the things I wanted to do differently is that, in 2018, divorce is not what it once was. It’s happening to women and men at a younger age, and it’s something that is not as stigmatized as it was. So there’s a lot of nuance that I have to integrate into this storyline, because things are different now. But there’s also a lot of similarities we want to hold on to. For example, the insecurities and anxieties of getting older, and what that means for women.

I wanted to talk about Girls Trip because it was such a massive hit, and you made history with its success. Did you know when you were working on it that it was going to be something special?

TO: I knew it was going to be something special, I didn’t know it was going to be that special. Honestly, when you have a movie with women, and particularly women of color, studios never like to give you the kinds of budgets they’ll give anything else. The budget was low enough that I felt confident that the movie would work. I was like, “We’re definitely going to make a profit on this.”

What I didn’t know, honestly, was that it would cross $100 million, and make almost $150 million. I did not anticipate that level of success for it, but I knew that the themes within it would resonate with people, and women in particular. I really wrote it for women. And you hope that it reaches men, but I never worry about men when I write.

When you were growing up, were there women in comedy that you looked up to?

TO: That’s tough. There were definitely women in comedy when I was growing up, the difference was that they were actors and in front of the camera. I grew up in South Carolina, I didn’t know much about the [entertainment] business. All I really knew was people’s names and faces that I saw. I never saw anybody who was well-known for being behind the scenes, I didn’t know of any black women writers, or writers of color, period. Or directors. It never even occurred to me growing up that that was a possibility, because I didn’t even know who was doing that.

I went to a high school a couple weeks ago in Nashville and spoke to a group of students, and I was blown away because a lot of them were saying, “I want to grow up to be a screenwriter now, because of Girls Trip, or because of something else.” That’s incredible. Because they see me, or because of social media, you can look up the writers and directors of your favorite movies. But it just wasn’t like that when I was growing up.

“I love classic characters, and Batgirl, I think, has never been done correctly. I really want a shot at it because I have a lot of cool ideas.” — Tracy Oliver

TO: Oh, 100%. I would say in the last two, three years maybe, there’s definitely been a shift where not only are people starting to recognize that black writers and directors can write and direct, but that they should be. They should be doing stories that are unique to their experiences.

When I was coming out of film school, that wasn’t the case. That was back in 2010, this was pre-Black-ish, pre-Scandal, there was none of that happening. So there were no jobs. And then there was this movement to start making more diverse content, but even then, writers or directors of color were not allowed in the room to write those stories. So this is the first time when I feel like me being a woman and me being black is an asset.

TO: I hope so, too. It is kind of scary, though. I think we all kind of talk to each other and we’re like, “This is an amazing time, I hope this isn’t just a phase.” It is scary in that sense because we all hope that it doesn’t go away. Because we know what it was like before, we’ve seen both sides, and we hope this is a thing that stays.

I saw in an interview you did with Rookie Mag you had talked about selling a horror movie and told a story about meeting with an exec who said black women don’t watch horror movies. What’s the status of that project? What else do you want to do that you’re really advocating to get made?

TO: It’s still in development. I’m hopeful that it will get made, probably next year at this point. Luckily, the studio has been very supportive of that project, and because of the success of Girls Trip, while it was a comedy, it at least proves there’s an audience there. So I’m still working on it, fingers crossed that it will get made next year.

I love comedy, but I also love every single genre. I really do, I’m always dipping my feet into everything. The hardest ones to get off the ground are action and thriller and horror — if you’re a black woman. Especially if you’re coming out of comedy, because there’s this assumption that you can’t write those, as a woman and also as a person of color. So whenever I tell people that I want to do a Marvel movie, people are like, “Really?”

If you were going to write a Marvel movie, do you have a superhero in mind?

TO: This one’s not Marvel, this is DC, but I grew up loving the Tim Burton Batman movies specifically — and when I heard that Joss Whedon had exited Batgirl I definitely had my agents call and set up a meeting. I love classic characters, and Batgirl, I think, has never been done correctly. I really want a shot at it because I have a lot of cool ideas.