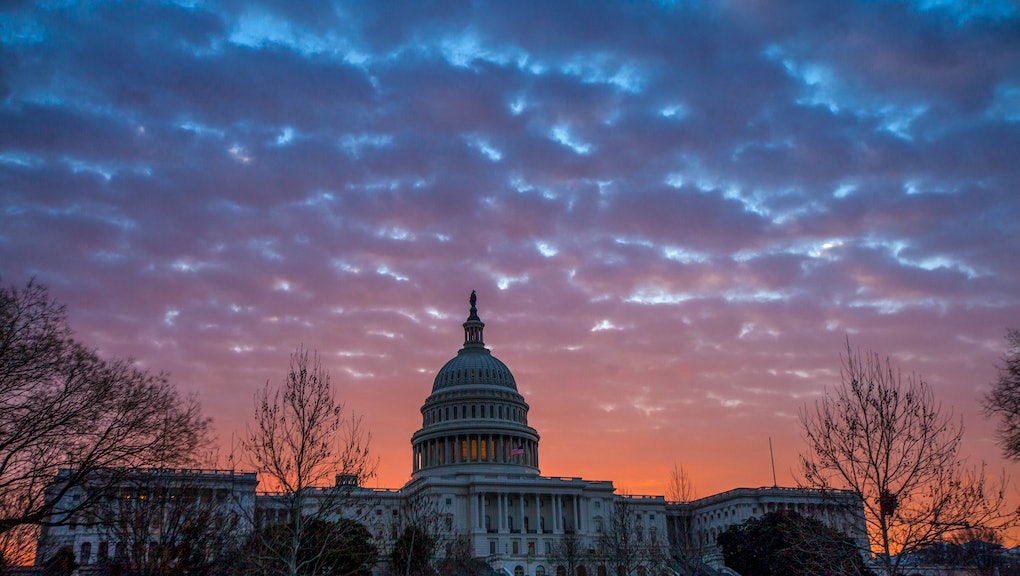 Why the balanced budget amendment is a “cynical” GOP stunt

On Thursday, the House is set to vote on a balanced budget amendment to the United States Constitution.

The move is largely viewed as an attempt by Republican lawmakers to make it appear that the party cares about the country’s ballooning deficit, despite having passed tax reform and government funding bills that exploded the deficit and set the country on a path to a looming debt crisis.

“As they go forward and call this a so-called ‘balanced budget amendment,’ it is not balanced and it should not be an amendment to the Constitution,” House Minority Leader Nancy Pelosi said Wednesday. “As we all know the Republicans have these tax cuts for the rich, 83% of the benefits going to the top 1%. Eighty-six million middle class American families will be paying more taxes in the life of the bill. What is important is it increases the deficit, when you add in the interest of the tax cut for corporate America of $2 trillion, which adds to the deficit. So they make no mistake.”

The amendment almost certainly won’t pass, as it must garner votes from Senate Democrats, as well as sign off from three-fourths of states.

However, it’s likely Republicans will attempt to use the vote as a messaging tool, saying they are committed to fiscal responsibility. The vote comes after they passed a tax bill that added $1.9 trillion to the deficit, as well as a $1.3 trillion government funding bill that further plunged the country’s finances into debt.

Passing a balanced budget is difficult. It would require steep cuts to social safety net programs such as Social Security, Medicare, Medicaid and veterans health benefits — which few lawmakers have the desire or political wherewithal to do.

Nevertheless, GOP lawmakers, including Republican leadership, are pushing the balanced budget amendment. The vote is likely to be used as a messaging tool in the upcoming midterm elections against Democrats who vote against the measure.

“To every House Democrat on social media today complaining about the debt and deficit for the first time: I look forward to seeing you vote for the balanced budget amendment later this week. That is of course assuming you are actually serious about addressing our debt,” Rep. Jeff Duncan (R-S.C.) — who voted for the deficit busting tax bill — tweeted on Monday.

Democrats, on the other hand, say the amendment is a “cynical” ploy after Republicans added nearly $2 trillion to the deficit with their tax bill, and warn that this amendment is the GOP’s attempt to cut Social Security and Medicare.

“First, the Republicans passed a tax scam that blows a $2 trillion hole in the budget and gives 83% of the tax cuts to the wealthiest Americans, corporate CEOs and outsourcing corporations,” Rep. Jan Schakowsky (D-Ill.) said at a Wednesday news conference. “Secondly, they offer a budget that would fill the gap by cutting more than $2 trillion in Social Security, Medicare and Medicaid and even programs like Meals on Wheels.”

Some Republican lawmakers are giving credence to that Democratic argument.

“Audacity (n): voting on a Constitutional balanced budget amendment only 4 legislative days after ramming through massive deficit spending, because you believe this stunt will convince constituents that you care about balancing the budget,” Rep. Thomas Massie (R-Ky.) tweeted on Monday.