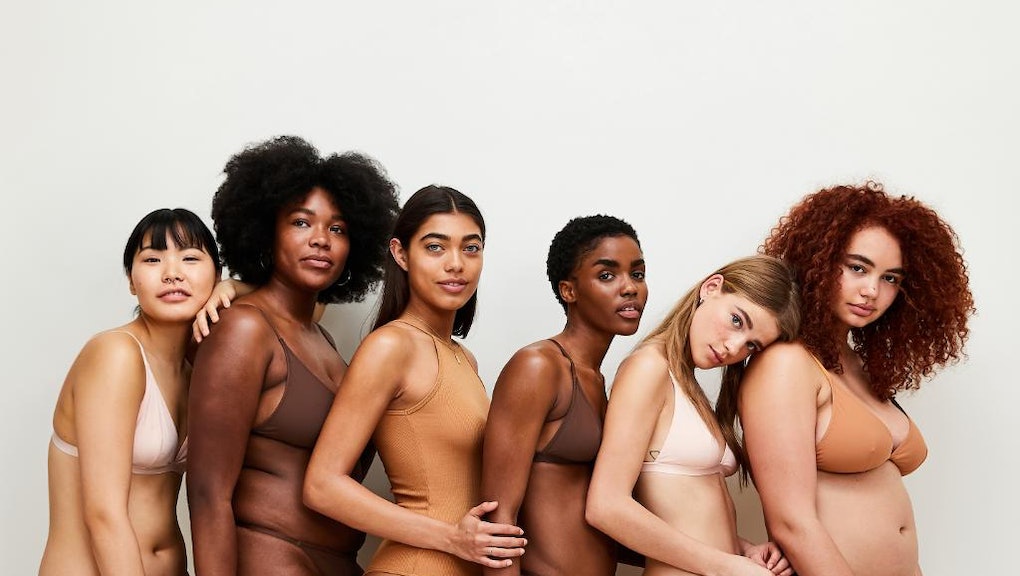 Asos gets into inclusive nude lingerie with a new line of bras, underwear and bodysuits

The mega-retailer Asos has gotten into the inclusive nude lingerie game at last, joining companies like Nubian Skin, Naja and Target that see a future where “nude” lingerie isn’t just one shade of very light brown.

With three new shades of beige, honey and chestnut, a price range from $6.50 for a thong to $19 for a bodysuit and a size range up to 14 and XL, fans were amped about the launch.

As Mic previously reported, Asos stopped airbrushing models’ stretch marks, scars and cellulite in its images. This campaign appears to be unretouched, too, with stretch marks and dimples on display.

“When I saw the mood board of all of us, I felt super proud of Asos and society and how much we’re moving forward,” Sonny Turner, one of the models in the campaign, said in an interview. “Brands have a responsibility and they should want to make people feel better about themselves in clothes.”

This isn’t Asos’ first foray into inclusive nude apparel, as the retailer launched its own line of high heels earlier in 2017.

Mic has reached out to Asos for comment and will update this story when we hear back.