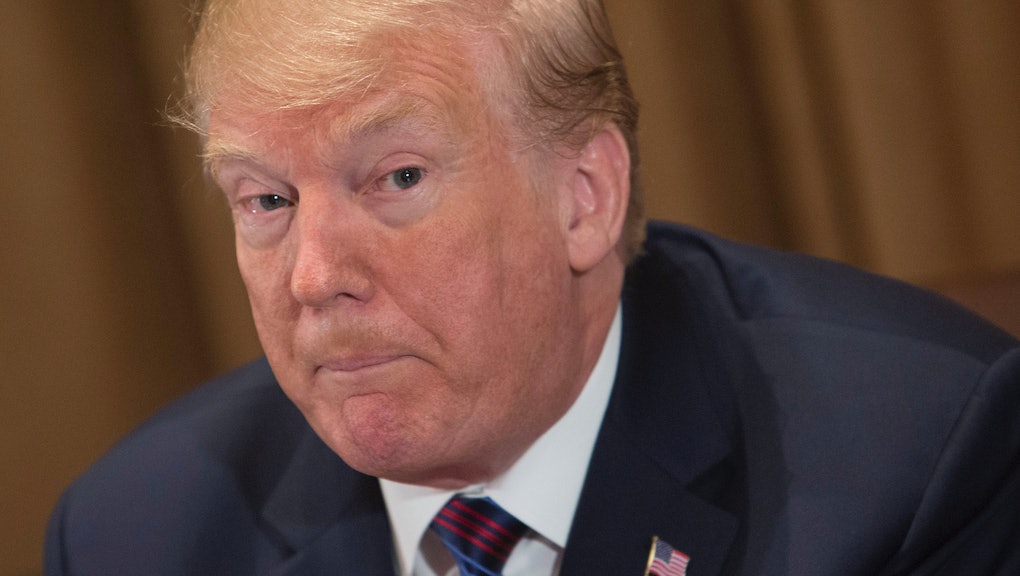 President Donald Trump on Friday pardoned Scooter Libby, the former chief of staff to former Vice President Dick Cheney who was convicted in 2007 of lying to the FBI and obstructing justice stemming from a leak investigation.

“I don’t know Mr. Libby, but for years I have heard that he has been treated unfairly,” Trump said in a statement. “Hopefully, this full pardon will help rectify a very sad portion of his life.”

Trump’s pardon of Libby comes out of the blue.

Libby’s sentence had already been commuted by now-former President George W. Bush, who spared Libby from serving jail time for the conviction but stopped short of pardoning him. Former Virginia Gov. Bob McDonnell also restored Libby’s voting rights. And Libby’s legal license was restored, allowing him to practice law. Altogether, that means Libby had little to gain from a pardon.

“One would always rather not be a felon than be a felon,” Lisa Kern Griffin, a law professor at Duke University, said in an interview. “But for all intents and purposes, it’s a symbolic pardon for present political gain.”

Griffin instead said the pardon is geared directly at the special counsel investigation into Trump’s possible ties to Russia, as well as former FBI Director James Comey, who Trump is feuding with after Comey’s explosive tell-all.

“The Scooter Libby pardon seems to have two audiences,” Griffin said. “One is witnesses in the current special counsel investigation who are being alerted to the president’s willingness to pardon those who obstruct justice and lie in the context of important national security investigations. And the other, I think, this is a secondary but meaningful audience in Director Comey. Comey appointed the special counsel, Patrick Fitzgerald, in the Scooter Libby case.”

Griffin added that the fact that the only two pardons Trump has issued — the Libby pardon and the pardon of former Maricopa, Arizona, Sheriff Joe Arpaio — haven’t gone through the typical vetting process is “notable.”

Most pardons are vetted by the Office of the Pardon Attorney within the U.S. Department of Justice, which considers a number of factors when recommending whether presidents should pardon a convicted felon.

“He pardoned Joe Arpaio, who acted with contempt for the court, and he now is pardoning Scooter Libby, who obstructed and proffered false statements in a national security investigation,” Griffin said. “These are cases that have meaningful repercussions with respect for what the president wishes to convey, and with how the president might treat witnesses and defendants” in the Russia investigation.

Still, while the Libby pardon raises eyebrows, other legal experts say it is within Trump’s power to pardon whomever he chooses.

“Legally, there’s nothing wrong with pardons that the president just decides themselves,” Brian C. Kalt, a professor at Michigan State University School of Law, said in a statement. “If there’s a problem with them, it’s a political problem.”