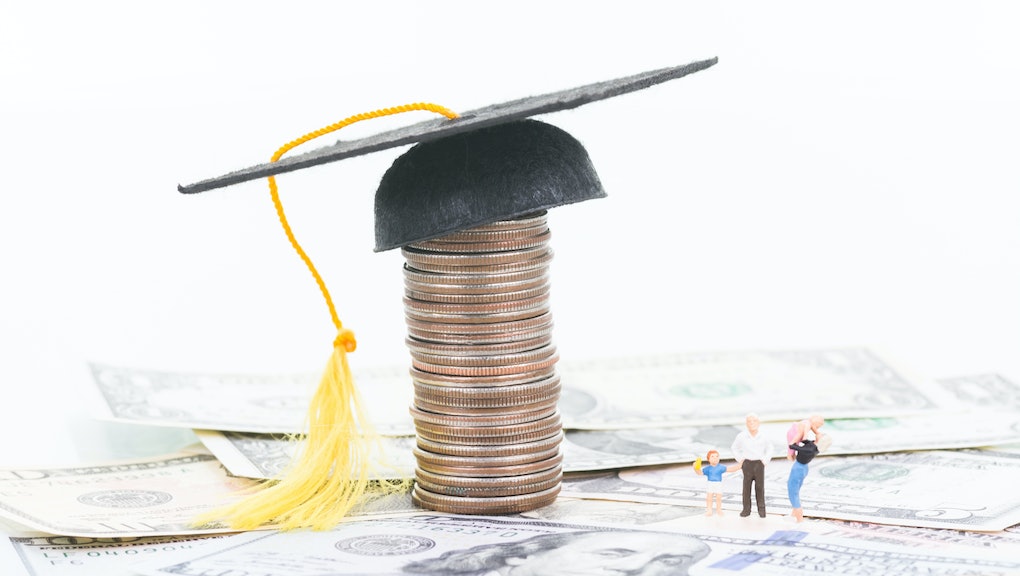 One reason tuition is going up? A new report finds much of the money is going to Wall Street.

Walk around any college campus and there are all sorts of likely culprits for why tuition costs are rising. Do 18-year-olds really need luxury dorms, lazy rivers and climbing walls to study? Probably not, which is why policy makers are putting a greater focus on finding a college that will get you a high-paying degree for as little money as possible.

Unfortunately, the increasing pressure to view higher education in financial terms may be doing more harm than good, according to a new report from the Roosevelt Institute. In a case study focusing on Michigan State University, the paper’s authors estimate that for every $1 the school spent on scholarships in the 2016-2017 school year, it spent 32 cents paying hedge fund fees, and 74 cents on interest payments related to its debts. In the last two years, the authors estimate that after accounting for weak performance and fees, these investments have cost the university about $493.6 million, enough to cover a year’s tuition for the university’s 20,111 in-state students.

Hedge funds, it’s important to note, have not performed well over the last decade or so, despite charging some of the highest fees in the industry. The trend means less money for students, but the increasing influence of financial institutions — essentially the drive to monetize students — is also helping drive up higher education costs, said Aman Banerji, one of the paper’s authors, in a phone interview, a phenomenon that’s hardly unique to Michigan State.

These investments have cost Michigan State University about $493.6 million, enough to cover a year’s tuition for the university’s 20,111 in-state students.

Without as much government support, Banerji said, universities must increasingly look to tuition as a way of closing the gap. That makes colleges more dependent on attracting higher-paying students from other states, which makes them more likely to make dubious investments at the expense of the people who are already going to school there. One controversial example, as reported by the Chronicle of Higher Education in a series about Louisiana State University last year, is the new LSU-shaped “lazy river.”

The greater idea that corporations and nonprofits like universities and colleges should share the same goal of increasing their bottom line is as much to blame as budget cuts, Banerji said.

“Even if state funding cuts didn’t happen, we’d still see these impacts,” he explained. “Return maximization, wealth holding, large amounts of institutional borrowing — these are the ways that the financial sector believes public institutions show they are performing well, so they’re moving away from values of access and equity.”

It’s not exactly clear when higher education began behaving in this way, though many trends are playing a part. In the last 10 years or so, Banerji said that colleges have been increasingly interested in finding better performing — and often more expensive — investments like hedge funds, venture capital and private equity.

Fixing the problem will require a few things to happen. For one, state legislatures should step up and fund their schools so they are less reliant on attracting students and making risky investments in order to make the numbers work, according to the report. Banerji also thinks that students and faculty need to be more involved in administering their university’s finances.

Interested in how your own college’s money is being spent? The information schools supply isn’t standardized. Banerji recommends checking whether your college’s board of trustees publishes minutes of their notes, which may give you an insight into how — and where — it’s investing your money.