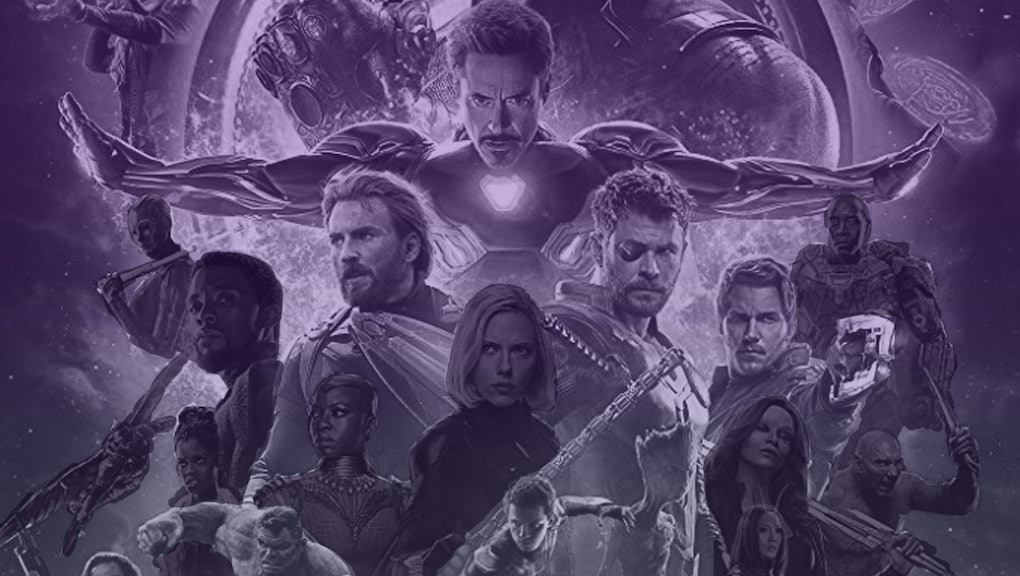 10 years in, the Marvel Cinematic Universe still lacks diversity — and these 4 graphs prove it

Marvel’s Avengers: Infinity War, out in theaters April 27, promises to be a culmination of every origin story, direct sequel and mash-up that the Marvel Cinematic Universe has produced over its 10-year history, starting with 2008’s Iron Man and running through February’s Black Panther. We’re finally going to get to meet Josh Brolin’s Thanos — a legendarily powerful villain whose role in the MCU so far has been relegated to sitting ominously in chairs — and hopefully we’ll reach some long-awaited closure to the infinity stones storyline.

As the MCU has teased this multi-film crossover from one movie to the next, Marvel has cultivated a complex, interconnected world crafted in part by dozens of directors, writers and actors. But despite how many hands have been involved in the creation of this behemoth, critics have noted for years that the MCU has largely put white men at its center, leaving little room for anyone else.

That controversy came to a head in 2016, surrounding the casting of Tilda Swinton in Doctor Strange as the Ancient One, a character from Marvel comics that’s traditionally depicted as Asian. Many have noted that the Ancient One character has roots in racist stereotypes, so in many ways, the casting of Swinton as a Celtic version of the character was meant to sidestep that problem — but it only drew even more attention to the fact that the MCU is overwhelmingly white. Marvel Studios president Kevin Feige has addressed these concerns publicly, assuring critics that moving forward, the MCU will be more diverse.

“I think that in the movies we’ve already made, and certainly in the movies that are coming up, it will be as inclusive a group of characters as one could want,” Feige told Vulture. “For us, it’s important that we don’t feel like a completely white, European cast.”

Since Infinity War marks the beginning of the end of this current era of the MCU, it’s worth taking a moment to pause and look back at its decade-long history to evaluate exactly who has had the power to tell these stories so far. To do so, we examined the top-billed casts of every Marvel movie that’s been released up to and including Infinity War — meaning the performers whose names appear on the movies’ promotional posters — and have attempted to sort them into “white” and “nonwhite” categories. We have also done the same for gender, dividing each movie’s top-billed casts along a male/female binary.

But those who write and direct these films wield a great deal of power in shaping the narratives, so it would be foolish not to take a look at who’s behind the camera as well. As such, we have also categorized every person who has been credited as a screenplay writer or a director for a Marvel movie along the same categories.

Before we get into it, one final note: The labels “white” and “person of color” are, like any label meant to categorize a group of people, imperfect. In this case, we’re defining a “person of color” as anyone who is black, Asian, Hispanic, Latino, Native American or Polynesian. Therefore, that label encompasses someone like Hayley Atwell, who passes for white and who played the British spy Peggy Carter in the Captain America movies, but whose real-life father is part Native American.

It also — after much internal back-and-forth — includes Daniel Brühl, who portrayed Baron Zemo in Captain America: Civil War. Brühl’s father was born in Brazil, but is German, and his mother is Spanish. (We have reached out to a few actors for more detailed information on how they describe their own ethnicities and will update how they’ve been categorized if necessary.)

It should be no surprise that the Marvel Cinematic Universe so far has been overwhelmingly white, with a total of 45 white actors receiving top billing, if we exclude repeat appearances. (The total number of actors who have received top billing, excluding repeats, is 69.) Aside from Black Panther, every other standalone Marvel film stars a white man. The two Guardians of the Galaxy films are the only standalone films not named after a single hero, but they both star Chris Pratt.

In several cases — including The Avengers, Captain America: The Winter Solider and Avengers: Age of Ultron — Samuel L. Jackson, who plays Nick Fury, has been the sole top-billed person of color in the movies in which he appears. If we aren’t counting repeat appearances across different movies, 24 people of color have received top billing in Marvel movies — 34.8% of the total.

Just as the MCU’s overwhelming whiteness should come as no shock, nor should its maleness. There has been at least one top-billed woman in every MCU movie so far, but in every case they are either a secondary character or a love interest for the protagonist. Until Black Panther, the only nonwhite women to get top billing in the MCU were Hayley Atwell, Zoe Saldana, Tessa Thompson and Zendaya. Those last three actresses — Saldana, Thompson and Zendaya — were all in movies released in or after 2014.

Scarlett Johansson is the woman who has received top billing in the most Marvel movies — six in total — but she has always played a secondary character or been a part of an ensemble cast. That should change eventually: In January, Variety reported that Marvel is moving forward with a standalone movie starring Johansson’s Black Widow character, but it has yet to be officially greenlighted. Regardless of what happens with the Black Widow film, Brie Larson will be the first woman to ever helm her own Marvel movie with the release of Captain Marvel in 2019.

Black Panther was the first film in the MCU to give top billing to numerous women of color, including Danai Gurira and Lupita Nyong’o. Curiously, that movie did not give top billing to its breakout star Letitia Wright, who plays the younger sister of T’Challa (Chadwick Boseman). However, Wright does have top billing for Infinity War. If we aren’t counting repeat appearances across different movies, 18 women have received top billing in the MCU — 26.1% of the total. If you look purely at women of color, that number drops to eight, just 11.6% of the total.

Infinity War contains the highest number of top-billed women and people of color of any Marvel movie so far, but they are still outnumbered by men and white people, respectively, by significant margins.

Now, let’s take a look at what’s been going on behind the cameras of Marvel’s movies for the past 10 years.

Only one woman has written or directed a Marvel movie so far. That number will increase significantly in 2019.

The only woman who has ever written or directed a Marvel movie to date is Nicole Perlman, who co-wrote Guardians of the Galaxy. That ratio will change with the release of 2019’s Captain Marvel — not represented in the above infographics — which is co-written and co-directed by Anna Boden. A number of other women are also credited for the screenplay: Liz Flahive, Meg LeFauve, Carly Mensch, Geneva Robertson-Dworet and Perlman.

Though the phrase “cinematic universe” implies showing viewers a vast, well, universe, it’s clear simply by examining the basic facts that we’ve been presented largely with a world featuring white men. Only recently has that begun to change in significant ways, resulting in not only Marvel’s most diverse movies ever, but also some of its most profitable. Black Panther has broken records left and right, including the record for the biggest solo superhero launch of all time and the record for the biggest opening weekend ever for a nonwhite male director, according to Forbes.

Maybe audiences aren’t fatigued by superhero movies, as some naysayers want to argue. Maybe we’re just tired of seeing the same kinds of superhero movies made by the same types of people. Here’s hoping Marvel has gotten the message.