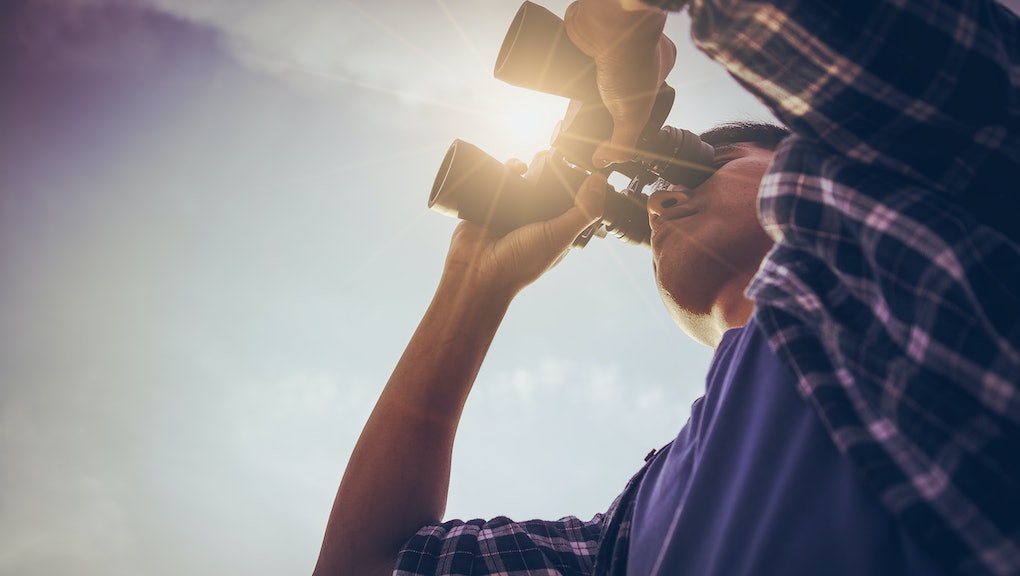 The service EarthNow wants to show the world “in real-time, all the time.” Yikes.

In a press release, EarthNow announced plans to launch numerous imaging satellites in an effort to provide constant real-time video of “almost anywhere on Earth.” The company recently finished its first round of fundraising, tapping groups like Airbus, the SoftBank Group and people like Bill Gates.

EarthNow’s CEO Russell Hannigan called the project “ambitious and unprecedented,” stating that the company believes “the ability to see and understand the Earth live and unfiltered will help all of us better appreciate and ultimately care for our one and only home.”

Similar technologies have existed in the past. Programs like Google Earth show how mapping can be combined with real world images and 3D models. Though EarthNow plans on taking this a step forward. “With existing systems, users can see only what has happened in the past,” Hannigan said. “With EarthNow’s constellation of satellites, you will see events unfold as they happen in real-time.”

The EarthNow homepage lists many uses for this type of technology, including to “help smart cities become more efficient,” “assess the health of crops on demand” and “catch illegal fishing ships in the act.” What isn’t mentioned are the negative implications, such as the potential for stalking or over-policing.

“Offering live footage of anywhere in the world in one unified platform makes it much easier for just anyone to access such footage,” Ignacio Cofone, a research fellow at New York University who studies privacy law and behavioral economics, said in a phone interview. “EarthNow would have a huge impact on people’s privacy.”

Cofone pointed out that what EarthNow is proposing is something governments are capable of abroad as well as in the U.S. Cofone noted, however, that information obtained via government surveillance is kept secret. Public surveillance like EarthNow could be shared with anyone. “EarthNow’s business model isn’t clearly laid out on their website, and we don’t see anything about a screening process for the other companies they may give data to,” Cofone said.

According to a spokesperson for EarthNow, CEO Russell Hannigan says privacy will be the company’s priority. “For us, individual privacy protection is absolutely mandatory and is being designed into the system from the outset,” Hannigan said. “We are hiring a Chief Privacy Officer to help us build privacy protections into our technology, and we will work with privacy organizations to not only meet the privacy laws in jurisdictions where we operate, but also to ensure we respect societal privacy, while providing visual Earth coverage for the benefit of humanity and our planet.”

If EarthNow were to use a profit model like Facebook’s — a free service that makes money from the data it gathers — it could make a killing, though it remains to be seen how EarthNow plans on earning money.