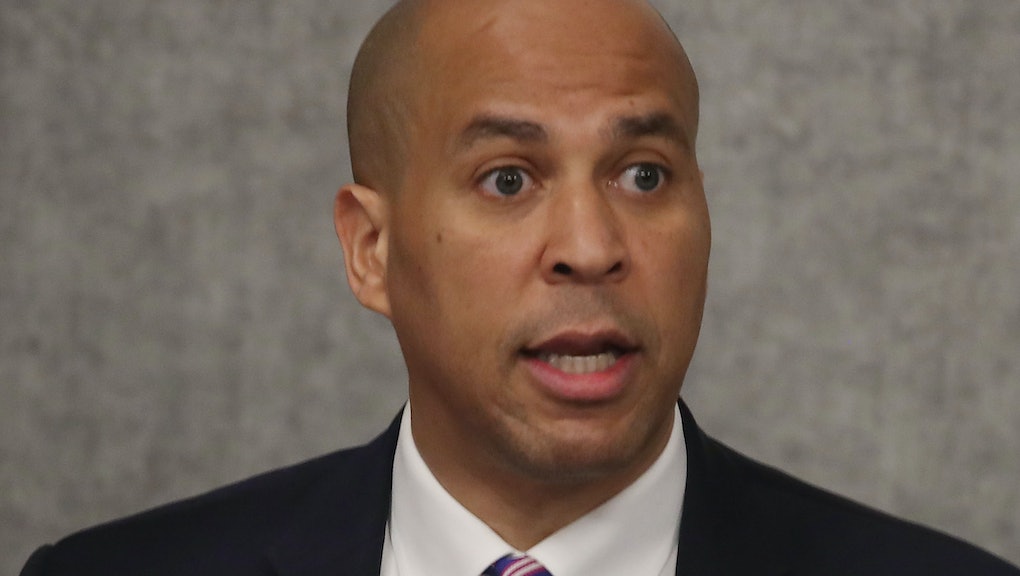 To illustrate his point, the Democratic senator pointed to the severe racial disparity associated with marijuana-related arrests.

“There’s no difference in America between blacks and whites for using or selling marijuana, but African-Americans are almost 3.7 times more likely to be arrested for that,” the senator said.

Booker made the case that a marijuana-related arrest was the first step toward a “life sentence” for lower-income Americans.

“If you get convicted, you now have a lifetime sentence,” Booker said. ”Not behind bars, but with a criminal conviction on your record. You have to check boxes when you’re applying for a job. You can’t get a Pell Grant. You can’t get food stamps, public housing ... [or] many business licenses.”

He added, “And so as we think on this 4/20 about marijuana, I hope that people don’t just think about, “Hey, having open access to the drug,” but I hope people think about this being a moral moment in American history and a moment to correct for massive injustices.”

Watch Sen. Cory Booker’s 4/20 op-ed for Mic above and learn more about his Marijuana Justice Act, legislation that would both legalize marijuana on the federal level and help those who have suffered due to its prohibition.