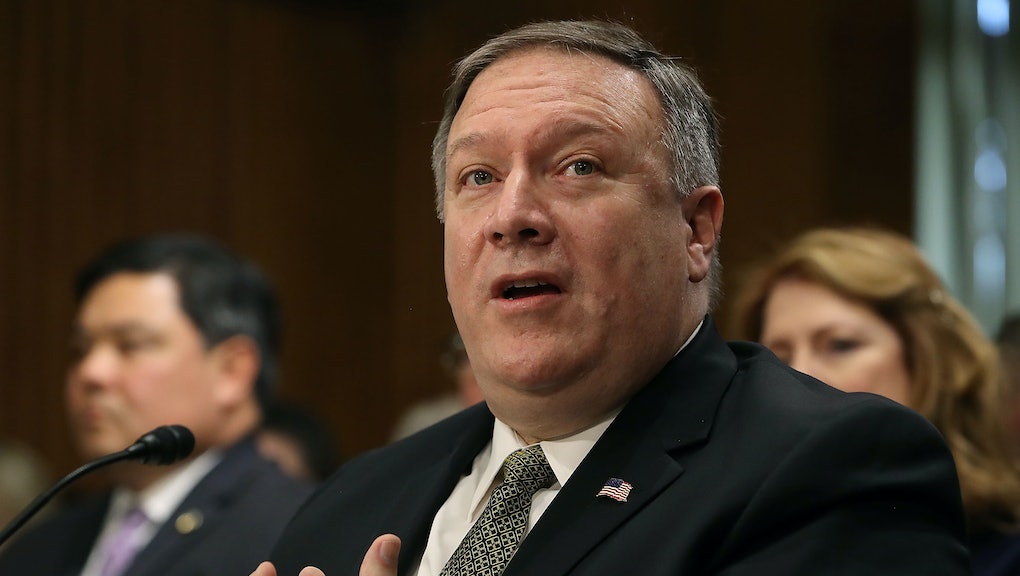 Mike Pompeo set to receive an unfavorable recommendation from the SFRC, a first in modern US history

CIA Director Mike Pompeo is poised to become the first secretary of state in modern U.S. history to not receive a favorable recommendation by the Senate Foreign Relations Committee.

Despite this, Senate Majority Leader Mitch McConnell could still put Pompeo’s nomination to a vote before the full Senate — where he could win confirmation, thanks to a handful of Democrats who represent heavily Republican states.

Two Democratic senators up for re-election in states Trump won in 2016 — Sen. Heidi Heitkamp of North Dakota and Joe Manchin of West Virginia — have announced they are voting for Pompeo, making it likely Pompeo will win confirmation before the full Senate.

“Hard to believe Obstructionists May vote against Mike Pompeo for Secretary of State,” Trump tweeted Monday morning. “The Dems will not approve hundreds of good people, including the Ambassador to Germany. They are maxing out the time on approval process for all, never happened before. Need more Republicans!”

Trump’s statement about historic levels of obstruction is flat out false.

That GOP obstruction led then-Senate Majority Leader Harry Reid in 2013 to change Senate rules to require a simple majority in the Senate for presidential nominees. That rule is the only reason a number of Trump nominees were able to be confirmed — including Education Secretary Betsy DeVos, who was controversially confirmed thanks to tie-breaking vote by Vice President Mike Pence.

Democrats who are voting against Pompeo say he’s too hawkish to be the secretary of state, a high-profile diplomatic role.

“The secretary of state is our country’s top diplomat,” Sen. Dianne Feinstein (D-Calif.) said in a Tuesday statement. “The position requires experience, wisdom and a deft touch, someone who can represent America’s best qualities to the world. Above all, our top diplomat must be committed to diplomacy and view war as a last resort. Given Mike Pompeo’s history, I cannot support him as secretary of state.”

Republicans, however, say Democratic opposition is just part of the partisan obstructionism in Congress.

Rep. Mo Brooks, an Alabama Republican who ran a failed campaign for Senate in 2017, urged Alabama Democratic Sen. Doug Jones to not engage in obstructionism and to support Pompeo’s confirmation.

“During your campaign you pledged to be bipartisan and not be part of the partisan obstructionism that has plagued the U.S. Senate for so long,” Brooks wrote in a letter to Jones. “A vote confirming Mike Pompeo for the secretary of state position is one way in which you can keep your campaign pledge.”