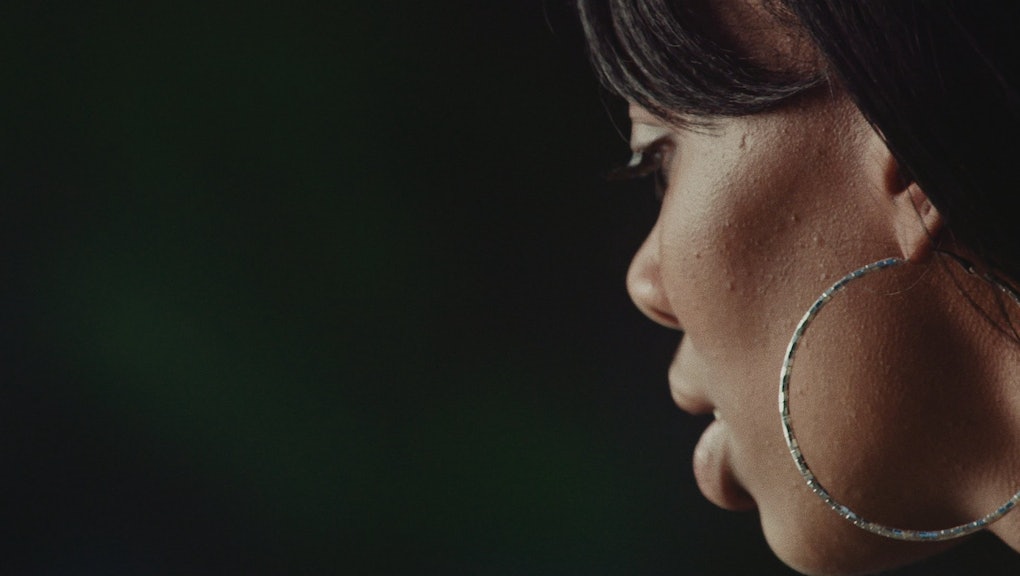 Women who are arrested for prostitution and arraigned in the human trafficking court in Queens, New York, aren’t called “sex workers,” or “prostitutes.” They are only addressed by their names.

In Judge Toko Serita’s problem-solving courtroom, the women enter a space where defendants are given the choice of restorative intervention opportunities, instead of just being ordered to trial or jailed. Before proceedings begin, Serita asks the women “How are you?” and “Are you nervous?” and it isn’t uncommon to see her smiling.

While immigration and reproductive rights are under more scrutiny and surveillance by the Trump administration, the inner workings of this courthouse — captured in Tribeca Film Festival selection Blowin’ Up, by director Stephanie Wang-Breal — show there are progressive forces working within the legal system to change the way issues like prostitution and human trafficking are dealt with.

This is evident in one scene of the documentary, in which a young woman defendant, called “Ms. May,” stands before Serita, who decides her fate.

“You’re lucky to be in a court where we have a very understanding Assistant District Attorney [Kimberly Affronti] because she is not trying to put you in jail,” Serita said.

Instead of criminalizing May, who had a number of arrests for prostitution, which can put her at risk for deportation, Serita ordered her to seek intervention with Sanctuary for Families, a New York-based service provider for survivors of sex trafficking and other forms of gender violence.

“We certainly are not trying to get you deported but you have to understand the very serious consequences of getting arrested on this charge and worse still, if you were to be convicted,” Serita said.

Dozens of other behind-the-scene moments also showed the judge, Affronti and dedicated social providers, like Eliza Hook, strenuously working in tandem to help women — many who are Asian immigrants, black, Latina and transgender women — find a way out of prostitution and a criminal record.

“I found out about the court when I read an article about it in the New York Times in 2014,” Wang-Breal told Mic, via phone interview. “And when I read the article I was so impressed with the court that was really changing the way that we think about the mass incarceration of women and mostly women of color.”

The film also sheds light on how poverty and violence play roles in these women’s lives, which is further humanized through first-person narratives shared by the women experiencing it themselves.

“I wanted to make sure that I represented both the undocumented Asian experience as well as the domestic population experience,” Wang-Breal said. “We can see how different it is and how similar it is in terms of their hopes and their dreams. And that they’re women. They’re not just these defendants.”

In the film, Kandie, who started doing sex work when she was 19 or 20 to make money to bail out her boyfriend, explained how tangled her life was into sex work.

“It’s called blowin’ up when you leave a pimp,” she said, revealing the origin of the film’s title. Kandie also described how the act of blowin’ up also jeopardizes her safety.

“You can’t just walk away,” she said. “It’s either he wants you to pay him to leave or he just doesn’t want you to leave and you get beat for wanting to leave.”

In January, Serita told The Crime Report that she is reportedly seeing 600 cases a year and in some instances these women are re-arrested because they have very little power over their predicament.

“When someone is being trafficked, you’ll see them re-arrested a number of times because they don’t have a choice in what they’re doing,” Serita said. “They might be under the control of a pimp and not have many resources. I have never put anyone in jail because they were arrested for another prostitution charge.”

Later in the film, Kandie takes a step forward with the help of Eliza Hook, who at the time of filming was a counselor with a Harlem-based advocacy group, G.E.M.S. After Kandie attended six intervention sessions, Serita granted Hook’s request to seal Kandie’s case early, so that she can be cleared to go to basic training in the military.

Hook told Mic that she wants viewers to know that the film scratches the surface of some of the adversities these women face.

“I also would have liked the [audience] to see just how dangerous some of these women’s lives are,” Hook said. “One of my young women was murdered in broad daylight in the Bronx on a Sunday morning. That’s one of the traumas that the young women endure. It is the threat that they can lose their life because statistically speaking, they are at a risk of homicide much much greater than the wider population.”

Additionally, Hook gave additional context by stating that in a large city like New York, the legal definition of domestic trafficking can still apply in cases when “someone [is] taken out of, for instance, East New York, [Brooklyn], [and] taken to the Bronx.”

As the film closed out, Serita, attorneys and service providers faced additional challenges after the election of President Donald Trump.

In June 2017, Immigration and Customs Enforcement agents showed up at the courthouse looking to arrest a woman from China, who was working as an masseuse, according to WNYC. The woman was granted bail and was able to leave the courthouse before the agents could detain her.

“We cannot help defendants escape ICE detention,” Serita frankly told service workers and attorneys who frequent the court during a meeting. “The bottom line is that this is not a safe space.”

Because of the urgency of the issues Blowin’ Up encapsulates, Wang-Breal is working to distribute the film nationally.

“This is a story that belongs in a cinema, especially given the current political climate,” she said.