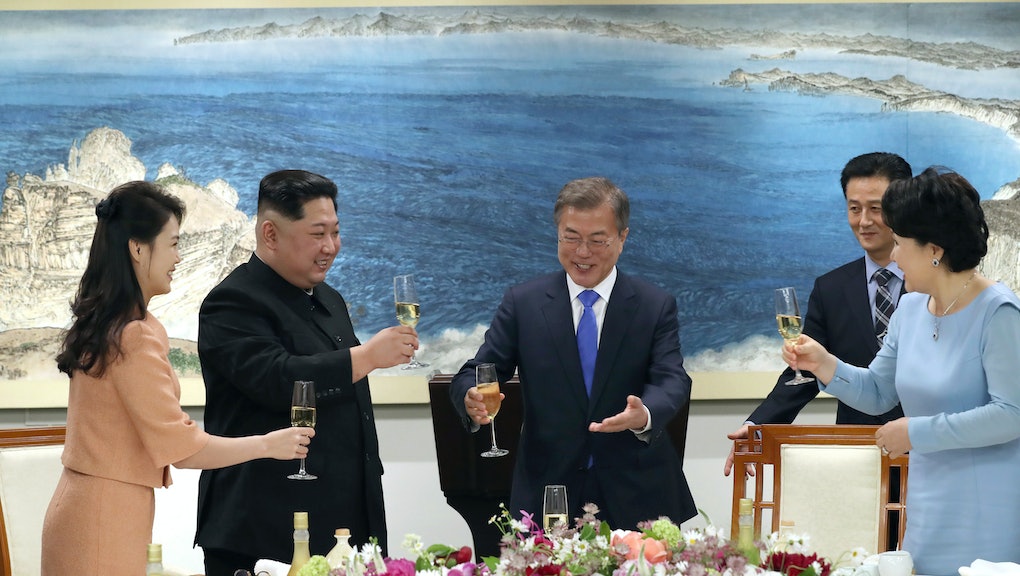 The Korean peninsula appears to be fast approaching a historic détente in its 68-year conflict.

During the conversation Kim also reportedly told Jae-in that he would allow journalists and experts from the U.S. and South Korea into his country to observe the shutdown of their underground nuclear testing facility.

The move represents yet another fast-moving breakthrough in the negotiations between the two volatile world leaders and the South Korean president.

In an appearance on ABC’s This Week with George Stephanopoulos on Sunday, incoming Secretary of State Mike Pompeo expressed caution about North Korea’s commitments.

Despite Pompeo’s circumspection, the president’s supporters appear ready to declare an early victory. After raising the issue of nuclear discussions on Saturday at a campaign-style rally in Washington Township, Michigan, Trump was met with chants of “Nobel, Nobel!” referring to the infamous Nobel Peace Prize.

Many observers have expressed concerns about how the notoriously unsubtle president will perform in the high stakes peace negotiations. Trump has recently surrounded himself with a hawkish foreign policy team whose views appear to be at odds with his current conciliatory agenda.

The president’s new national security adviser, John Bolton, has been particularly bold on the issue, once suggesting the U.S. should conduct a preemptive strike on nuclear North Korea.

Democratic Rep. Adam Schiff (Calif.) says that the president deserves some credit for seeing us through to this point, but must be prepared to weather a period of potential conflict.

“He needs to realize we may go into a confrontational phase,” Schiff said on This Week. “And he may not want want the full blame if things go south.”