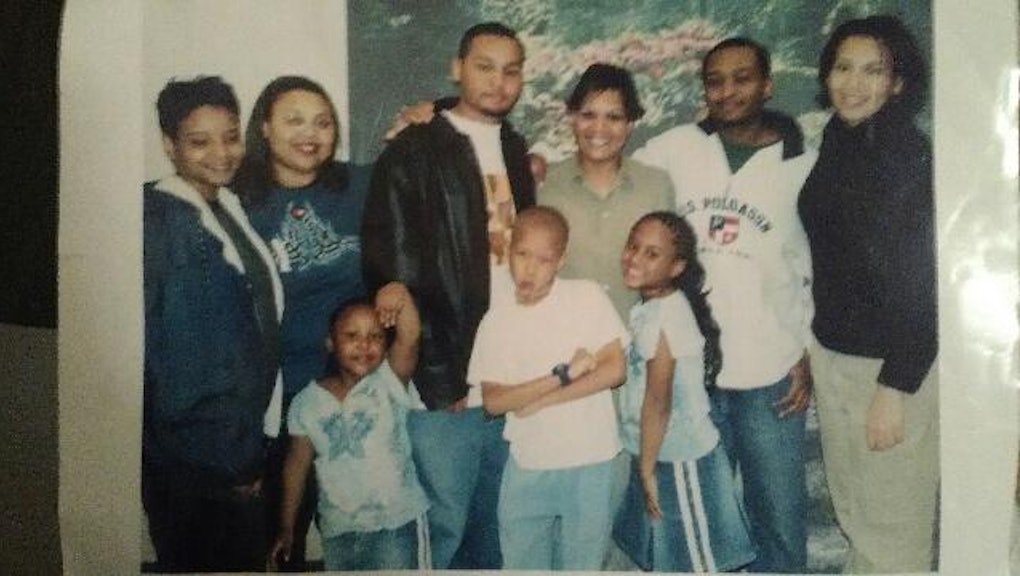 By Kendall Ciesemier and Jake Horowitz
May 2, 2018

On Tuesday, Mic reported that Jared Kushner and Kim Kardashian West have spoken over the phone about a potential presidential pardon for Alice Marie Johnson.

So who exactly is Alice Marie Johnson, and how did Kardashian West — and now the White House — become involved in her story?

Who is Alice Marie Johnson, and why is she in prison?

In October, Mic published a video featuring Alice Marie Johnson from inside of federal prison in Aliceville, Alabama, where she is serving a life sentence without parole for a first-time, nonviolent drug offense.

In that video, Johnson shared the details of her story.

Johnson was convicted and sentenced to life without parole in 1996 for her role facilitating communications in a cocaine trafficking operation in Memphis, Tennessee.

Johnson told Mic that she initially became involved in drug trafficking due to significant financial hardship after a string of unfortunate events in her life. She lost her job at FedEx due to a gambling addiction, her son was killed in a motorcycle accident and her marriage ended in divorce.

“I went into a complete panic and out of desperation, I made one of the worst decisions of my life to make some quick money,” Johnson said.

She has now spent over two decades of her life behind bars.

How did Kim Kardashian West get involved with Alice Marie Johnson’s case?

Mic’s video with Johnson was seen by over 8 million people and shared widely by criminal justice advocates and celebrities, including Kardashian West, who tweeted the story.

Shortly thereafter, Kardashian West approached her lawyer, Shawn Holley, with Johnson’s case and her desire to help get her out of prison.

In a November letter, Johnson wrote, “Ms. Kardashian you are literally helping to save my life and restore me to my family. I was drowning and you have thrown me a life jacket and given me hope.”

In December 2016, then-President Barack Obama granted clemency to 231 individuals, many of whom were convicted on drug-related charges.

To her surprise, Johnson was not on that list.

“When the criteria came out for clemency, I thought for sure — in fact, I was certain that I’d met and exceeded all of the criteria,” Johnson told Mic in October. “Oh my goodness, I had so much support.”

That leaves her fate in the hands of President Trump. For Johnson to be released, Trump would have to issue a presidential pardon or commute her sentence.

That decision could be at odds with recent statements in which Trump has publicly called for some drug dealers to be given the death penalty.

Alice Marie Johnson on life without parole: “an unexecuted sentence of death”

There are at least 3,000 incarcerated people serving life sentences without the possibility of parole for nonviolent drug and property crimes, according to 2013 statistics from the ACLU. (That data comes from the federal system and nine states that reported numbers to the ACLU; the organization acknowledged there may be such people incarcerated in other states that did not report it.) Like Johnson, about 79% of these people were convicted for nonviolent drug offenses, and about 65% are black.

Johnson told Mic that being sentenced to life without parole is like “an unexecuted sentence of death.” She said she has missed the birth of her grandchildren and great-grandchildren, the birthdays of her children and other family milestones.

“I just had a great-grandson. I missed that,” Johnson said. “Both of my parents passed away. I was not able to be by either of their sides in their final days. That’s an ache that I can’t — that never goes away.”

While Johnson acknowledges the weight of her transgression, she also wants the world to know that she has spent her time in prison committed to rectifying her wrong.

“If I could go back in time and change the choices that I made and make different choices, I would,” said Johnson. “But I can’t. But what I have done is I have not allowed my past to be the sum of who I am.”

In prison, Johnson has become an ordained minister and a mentor to other women serving out their sentences. She’s also become a playwright.

“One of the things I’m most proud of — I write plays,” she said. “And the plays that I write have been viewed by literally thousands of women. It is so exciting to find talent in women that they never knew they had, to recognize it and develop it and to show them that you can do this.”

In November, Tretessa Johnson, Alice’s daughter told Mic in a separate video that the Johnson family remains hopeful for Alice’s release despite the circumstances.

“To lose hope is worse than anything,” Tretessa Johnson said. That’s what I couldn’t take. That’s worse than the 21 years behind bars, to me, is losing hope and losing faith that one day she’ll walk out there, walk out of prison and she won’t be coming out in a casket.”