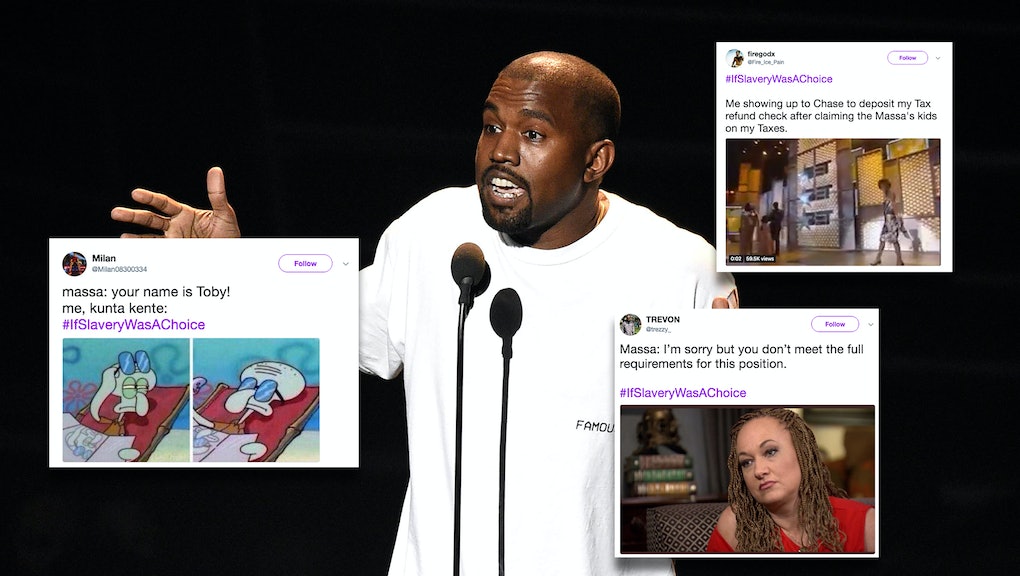 Kanye West has been making a habit out of saying incredibly ahistorical comments lately — and his would-be fans have had enough.

After going on a Twitter rampage April 25 — which included donning his red “Make America Great Again” hat and saying he loves Trump because they “are both dragon energy” — West spouted even more outrageous quotes in a Tuesday interview with TMZ, claiming slavery was a choice.

Understandably, West’s assertion that slavery was “a choice” drew intense, immediate criticism from within the TMZ newsroom itself.

“While you are making music and being an artist and living a life that you’ve earned by being a genius, the rest of us in society have to deal with these threats to our lives,” TMZ staffer Van Lathan argued. “We have to deal with the marginalization that has come from the 400 years of slavery that you said for our people was a choice. Frankly, I’m disappointed. I’m appalled. And brother, I am unbelievably hurt by the fact that you have morphed into something, to me, that’s not real.”

Once West’s latest comments began making the rounds, Black Twitter started imagining how things would’ve been different if slavery actually was a choice. Thus, the hashtag #IfSlaveryWasAChoice was born.