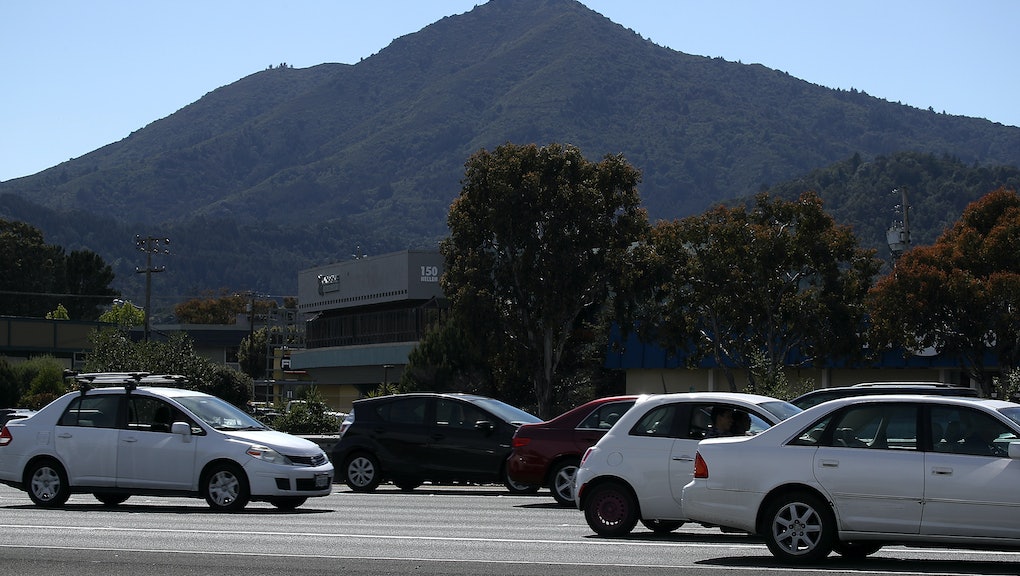 The Trump administration’s recent move to roll back Obama-era regulations on vehicle emissions was taken to court Tuesday, as 17 states and the District of Columbia filed suit against the Environmental Protection Agency and EPA head Scott Pruitt.

The Obama-era fuel standards sought to increase efficiency by setting a requirement of approximately 55 miles per gallon by 2025, a move that the administration projected back then would reduce U.S. oil consumption by 12 billion barrels and cut back on greenhouse gas emissions. Recently, however, President Donald Trump’s EPA issued guidance that the Obama standards were “not appropriate” and should be revised.

The lawsuit filed Tuesday petitioned the court to review the recent guidance in an attempt to uphold the Obama-era standards.

California is set to be most deeply affected by the EPA’s new guidance, which specifically takes aim at the state’s current ability to set their own air pollution guidance under the 1970 Clean Air Act. The state was given the ability to draft its own stricter standards due to its particularly dire environmental situation and existing pollution rules prior to the act’s passage.

The act also allows other states to adopt California’s stricter rules — which 13 other states and the District of Columbia have taken advantage of — providing an alternative to federal regulations that may prove even more important under the Trump administration.

Though California’s autonomy over its air pollution has never been challenged by previous administrations, the New York Times reported, the EPA called for a “national harmonized program” in its guidance, suggesting the federal government could revoke a waiver that allows California to set its own emissions rules through 2025, or even attempt to amend the Clean Air Act. The California state government has decried this potential attack on its autonomy and stated it plans to stick with the Obama-era regulations, setting the stage for a legal and regulatory battle concerning the state’s power over its own environmental standards that could have a nationwide effect.

“California has a long history of leading on auto emissions in a way that has been very productive for the country. California gets out in front and sees if regulations will work before the rest of the country adopts it,” Ann Carlson, a professor of environmental law at UCLA, told the Times. “The administration is challenging that.”

The Auto Alliance, one of the auto industry’s largest advocacy group, has praised the new EPA guidance, showing support for the Trump administration in a statement that called the EPA’s motion to change the Obama-era standards “the right decision.”

Car manufacturers and dealers, however, have been seemingly more supportive of keeping the Obama-era guidelines in place. According to the Washington Post, several leading car manufacturers, including Ford and Honda, have voiced concerns about the new EPA guidance, and manufacturers are moving toward more efficient vehicles despite the relaxed standards. The New York Times reported that an initial plan to have Pruitt announce the new EPA guidelines at a Virginia Chevy dealership was thwarted amid complaints from dealerships who did not want Chevy to be associated with the new policy, suggesting concern over appearing supportive of the Trump administration’s anti-environmentalism.

“[The Chevy dealers] don’t want the EPA to highlight Chevy,” Adam Lee, chairman of Lee Auto Malls, which runs Nissan, Honda and Chrysler dealerships in Maine, told the Times. “They don’t want to be the bad guys.”

The lawsuit represents the latest effort by state and local governments to take action on the environment and climate change during Trump’s presidency, as the White House continues to stymie the fight against climate change at the federal level.

“What we continue to hear from the Trump administration is tearing down environmental protection,” Rep. Frank Pallone (D-N.J.) told the Record. “Right now we’re depending on the states and the towns to do things to try to achieve our climate goals because we know that the federal government simply will not do it.”

Tuesday’s vehicle emission lawsuit wasn’t the first time states took the Trump administration in court over the environment. The New York Times reported in March that attorneys general in blue states had filed more than two dozen environmental lawsuits against the Trump administration since January 2017. The suits include complaints against the administration’s failure to enforce smog standards, restart the sale of coal leases on federal land and suspension of an Obama-era requirement for state Departments of Transportation to measure their greenhouse gas emissions.

And the lawsuits are still continuing: Thirteen states, along with the District of Columbia and the city of Chicago, filed suit against the EPA and Pruitt in April over the EPA’s failure to establish guidelines for limiting methane emissions as required by the Clean Air Act.