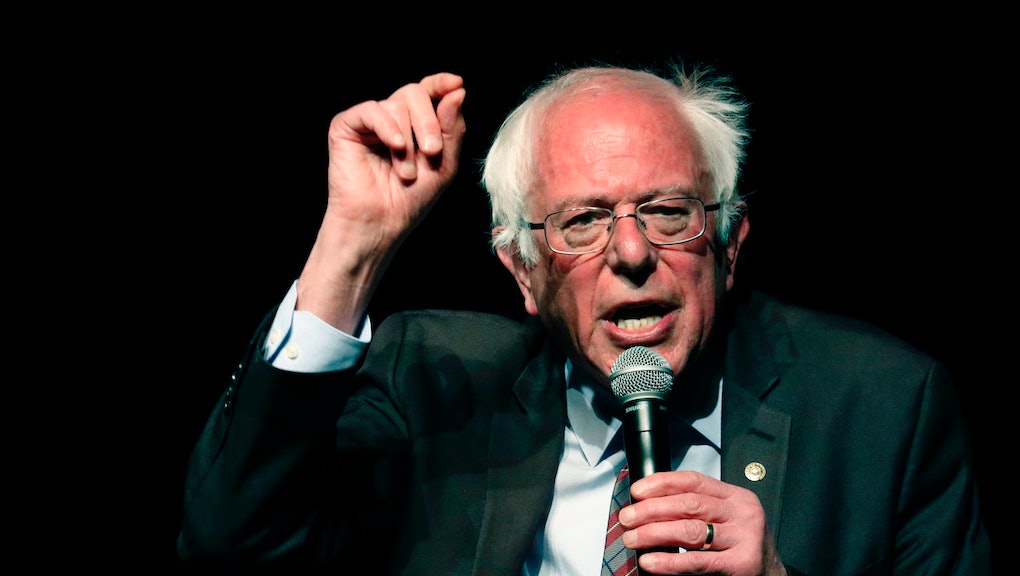 A fresh 2020 Democratic presidential primary poll released Wednesday shows Sen. Bernie Sanders in a distant third place among a large pack of potential Democratic nominees — a troubling sign for the Vermont independent, who is mulling whether to make another run for the White House.

The result is not good for Sanders, who defeated Hillary Clinton in the first-in-the-nation primary by a massive 60% to 38%.

Polls this far out from an election typically are a test of voters’ familiarity with a candidate, and that candidates’ favorability among voters. So, for so many New Hampshire voters to already be changing alliances is bad news for a possible second Sanders bid.

“Primary polls this far out are normally nothing more than a test of name recognition,” Stu Rothenberg, a non-partisan political handicapper, said in a phone interview. “And you would think that the people who voted for Bernie Sanders last time are still for him. The fact that they’re not is at the very least interesting and probably something of a warning to Sanders, if he’s considering another run.”

Of course, it’s unclear whether Warren will run. She’s denied that she plans to throw her name into the crowded ring of 2020 Democratic primary hopefuls. But plenty of candidates have denied they were planning to run and went on to do just that.

Now we know that if she does, she’s an early favorite among Democratic voters in New Hampshire. The state borders Massachusetts, where Warren serves as senator. And many New Hampshire residents actually get their news from Boston television stations, as the Boston media market bleeds across state lines.

“Warren is a populist outsider who is critical of corporate insiders,” Rothenberg said. “She has that same message, but is a different messenger who is a little younger and actually a Democrat.”