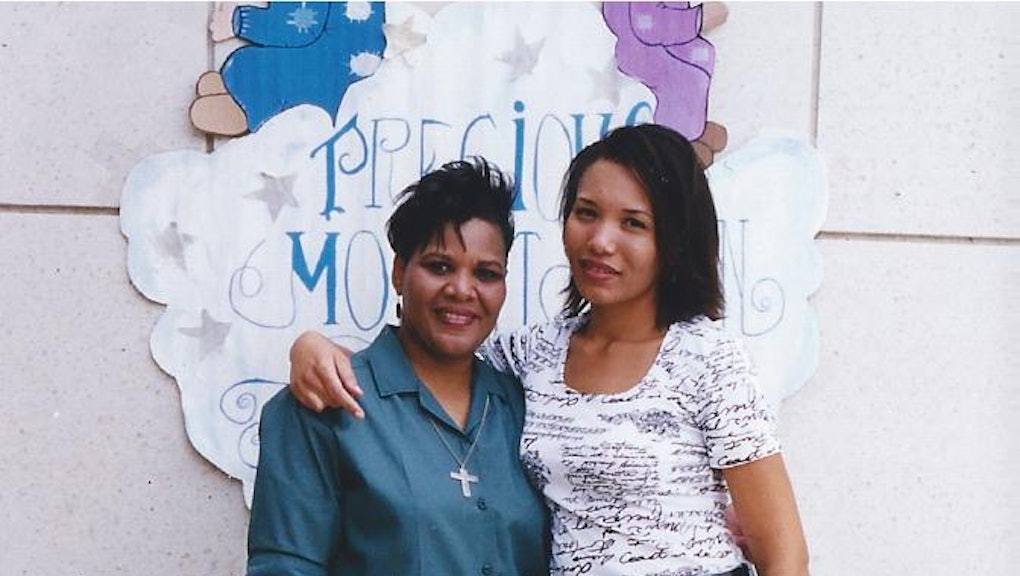 By Kendall Ciesemier and Jake Horowitz
May 3, 2018

On Tuesday, Mic reported that Kim Kardashian West has spoken to Jared Kushner and White House officials about a potential presidential pardon for Alice Marie Johnson, a first-time, nonviolent drug offender who is currently serving a life-without-parole sentence in federal prison.

Now, Johnson’s daughter Tretessa Johnson is speaking out to express her family’s excitement about Kardashian West’s involvement in her mother’s case.

“My mother is very grateful that Kim Kardashian cared enough to go above and beyond for her,” Johnson said. “It really means a lot to her, to my whole family.”

Tretessa Johnson, who is currently living in Arizona, is the oldest daughter of Alice Marie Johnson. In a November Mic Opinion video, she discussed the difficulty of living without her mother for the past 21 years.

Alice Marie Johnson will spend the rest of her life in a federal prison in Aliceville, Alabama, where she is currently being held, unless she is granted a presidential pardon or clemency from the president.

“It’s been very hard,” Johnson said. “It’s definitely an experience no one thinks they’re ever going to have. Every holiday, every birth or whatever milestone, you’re reminded that she’s there.”

Although she was passed up for a presidential pardon three times under past administrations, her case has received renewed attention after Mic featured her story in a video in October.

That video was seen and shared by Kardashian West on Twitter.

It also prompted Kardashian West to get actively involved in her case. In the months since, White House attorneys have reviewed her file.

“I’m excited and grateful for Kim Kardashian’s support,” Johnson said. “It has fostered renewed hope that my mother will be released, but it is tentative because of years of disappointments.”

Although Kushner has made criminal justice reform a top policy priority, Trump has also called for the death penalty for some drug dealers — comments that could be in conflict with pardoning Johnson. Nonetheless, Tretessa Johnson said she is grateful that Trump is now reviewing her mother’s case.

“I don’t care about politics,” Johnson said. “I care about justice and my mom’s freedom. If President Trump were in front of me, I’d thank him for even taking the time to listen.”

If Trump were to pardon her mother, Tretessa Johnson said she will also advocate for others currently serving similar sentences.

“If my mother is released, I couldn’t just go on with my life and forget about the other families and Alice Johnsons,” Tretessa Johnson said. “It would be great if these conversations could lead to sentencing reform and freedom for others like her.”