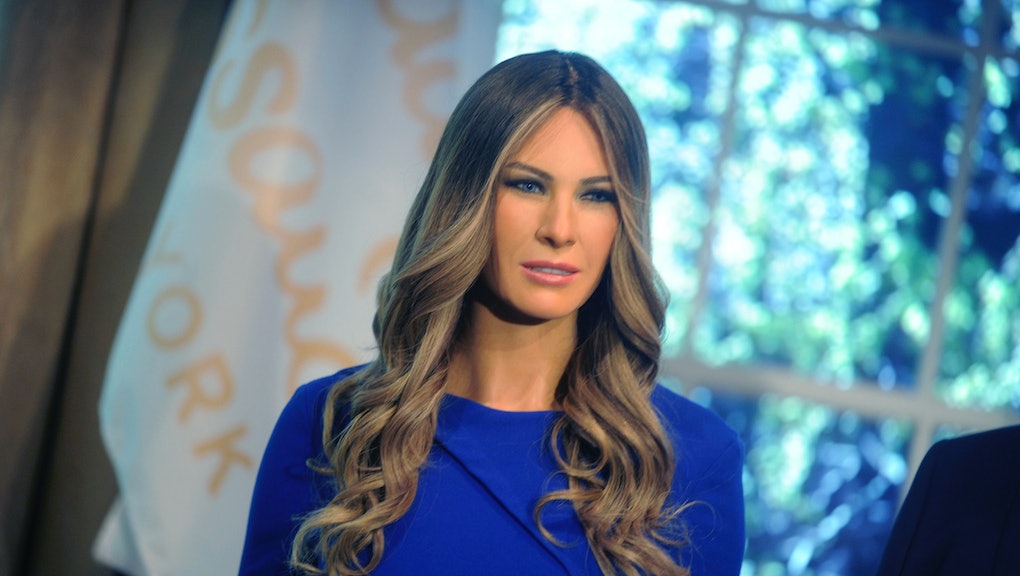 What did Melania Trump wear her 67th week as first lady? To be honest, not a clue.

It’s a little more understandable this time though. Last week, she had a ton of high-profile and highly publicized appearances, while hosting the president and first lady of France for the Trump White House’s first state dinner.

It was all glitz and glam and big white hats.

Perhaps this week she was just tired from all that planning and partying, and decided to keep a low profile for the first time in a while.

So, you know, yikes.

Let’s hope next week is different for the first lady.