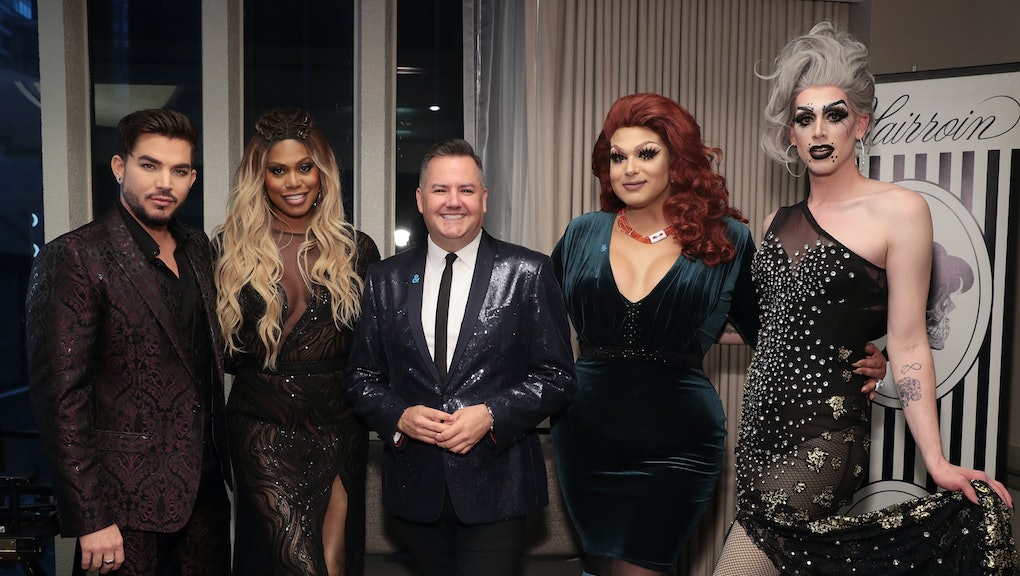 Hosted by Ross Mathews, the night included a special opening performance by singers Melissa Etheridge and Adam Lambert. The night included a big win for filmmaker Ava DuVernay, who received the Excellence in Media Awards from Sen. Cory Booker.

Other winners included Samira Wiley who was presented the Vito Russo Award by her Handmaid’s Tale co-star Alexis Bledel and a special recognition award for “Smile” by Jay-Z, a track off of his album 4:44 featuring his mother, Gloria Carter, who was present to accept the award. “Here I am. I’m loving, I’m respectful, I’m productive, and I’m a human being who has a right to love who I love,” Carter said. “So everybody, just smile, be free.”

The final big award of the night for outstanding film went to Academy Award-nominated film Call Me By Your Name. The award was accepted by Academy Award-winning screenwriter James Ivory and producer Peter Spears.

But one category that saw nothing but winners was the red carpet, where everyone from Laverne Cox to Tommy Dorfman to Janet Mock to Nyle Dimarco and so many more posed for the camera.

Below, see some of our favorite looks:

Will Moroski and Johnny Sibilly