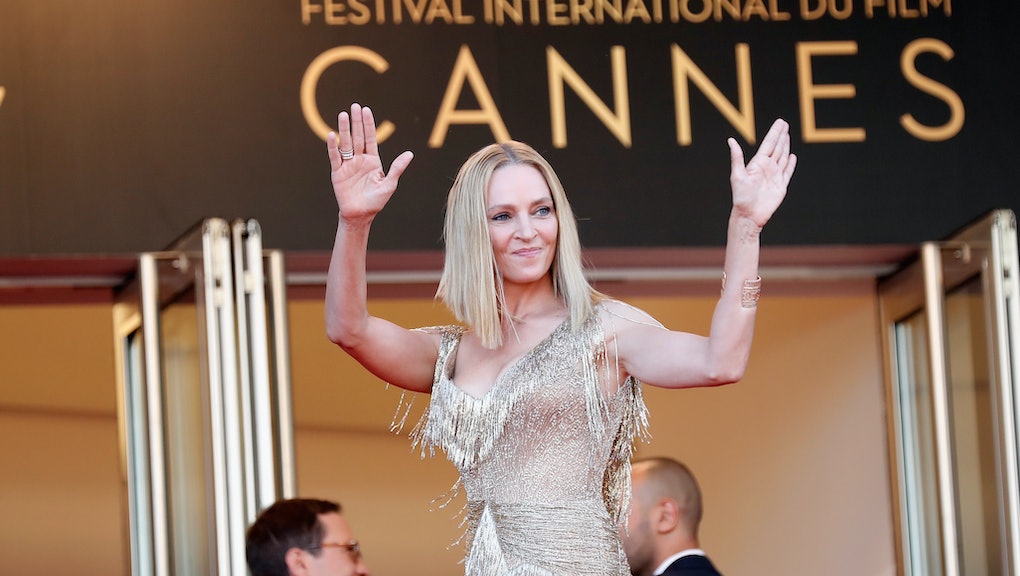 The Cannes Film Festival, the prestigious annual film festival held each May in the south of France, announced a slate of changes on Monday aimed at improving the gender balance of the festival and ensuring women filmmakers and creators are fairly represented. In an “unscheduled” press conference on Monday, festival director Thierry Fremaux said that the new changes were intended to help “keep pace with a world that’s changing,” the Associated Press reported.

With the 71st Cannes Film Festival about to begin on Tuesday, Fremaux announced the festival’s commitment to improving the ratio of men and women who make up the selection committees, promised that Cannes would name more women to the annual role of jury president and said that, in the future, the festival would select more films from women filmmakers. “The cinema has always been in the hands of men,” Fremaux said, according to the AP. “There will be more and more (female filmmakers) in the future.”

Those promises come too late for this year’s selection, though: Just three of the 21 films in competition for the coveted Palme d’Or prize were directed by women. To date, only one woman director, Jane Campion, has ever won the Palme d’Or, for 1993’s The Piano. However, this year’s jury president is Cate Blanchett, only the 12th woman in festival history to hold the position, as Variety reported in January.

Blanchett, one of the forces behind the #TimesUp initiative aimed at fighting workplace sexual harassment in Hollywood and beyond, was quick to condemn producer Harvey Weinstein after bombshell reports about his alleged widespread abuses were first published in 2017. In a recent interview with Variety, Blanchett said that Weinstein, who was a producer on several films in which she starred, had acted inappropriately with her.

In many ways, Weinstein’s shadow hangs over the Cannes Film Festival. As the Guardian reported in May, many of the assaults Weinstein is alleged to have committed took place in Cannes, and for years he was seen as “one of Cannes’ princes” who treated the annual event as his “private playground.”

But Weinstein isn’t the only alleged abuser who’s been celebrated at Cannes — this year the festival will welcome back director Lars Von-Trier after a seven-year ban. Von Trier has been accused of sexual harassment by the Icelandic musician Björk, with whom he worked on his 2000 film Dancer in the Dark. And director Roman Polanski, who fled the U.S. in 1978 after pleading guilty to unlawful sexual intercourse with a 13-year-old girl, showed his most recent film, Based on a True Story, at the 2017 Cannes Film Festival, which he attended in person.

When asked on Monday night if Cannes would consider taking action against Polanski, who was recently kicked out of the Academy of Motion Picture Arts and Sciences, Fremaux offered no definitive answer. “These are complicated matters,” he said, according to the AP. “We look at the past with the glasses of today.”

Some of the other changes to Cannes include a new sexual harassment hotline available to attendees, childcare at the festival and a ban on selfies on the red carpet.