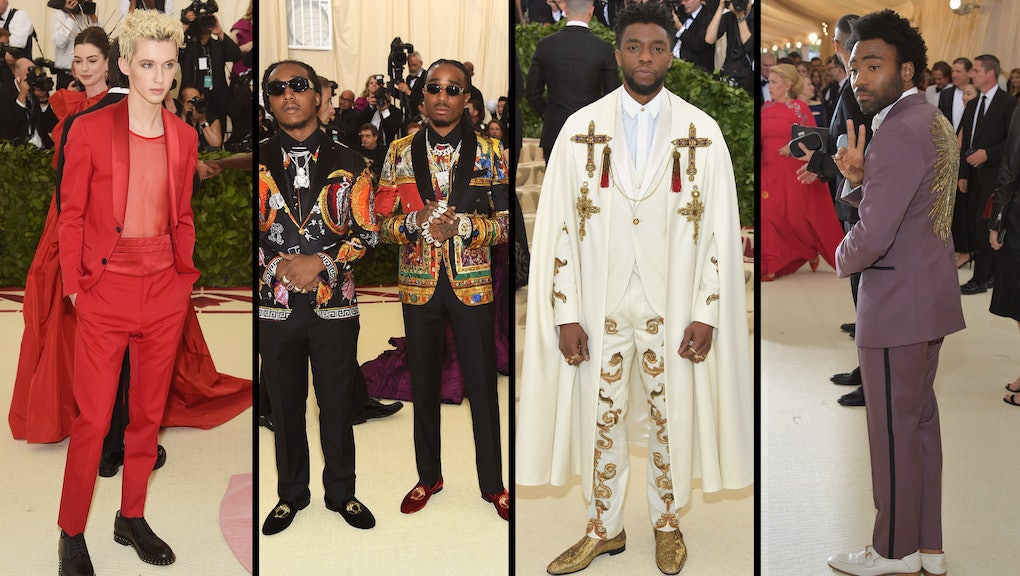 Donald Glover, Chadwick Boseman, Migos and more of the best-dressed men at the 2018 Met Gala

Pretty much since the beginning of the Met Gala, it’s the dresses — and the women in them — that hog the spotlight. Of course that’s for good reason, since women have long embraced the Met Gala to truly get into costumes, while most of the men (with notable exceptions) have long opted for simple tuxedos.

That, however, is changing. As exhibited at the 2018 Met Gala on Monday night many men dressed according to the night’s theme of Catholicism and fashion, and actually had a bit of fun.

Here are our favorites.

Takeoff, Offset and Quavo of Migos in Versace

Michael B. Jordan in Off-White