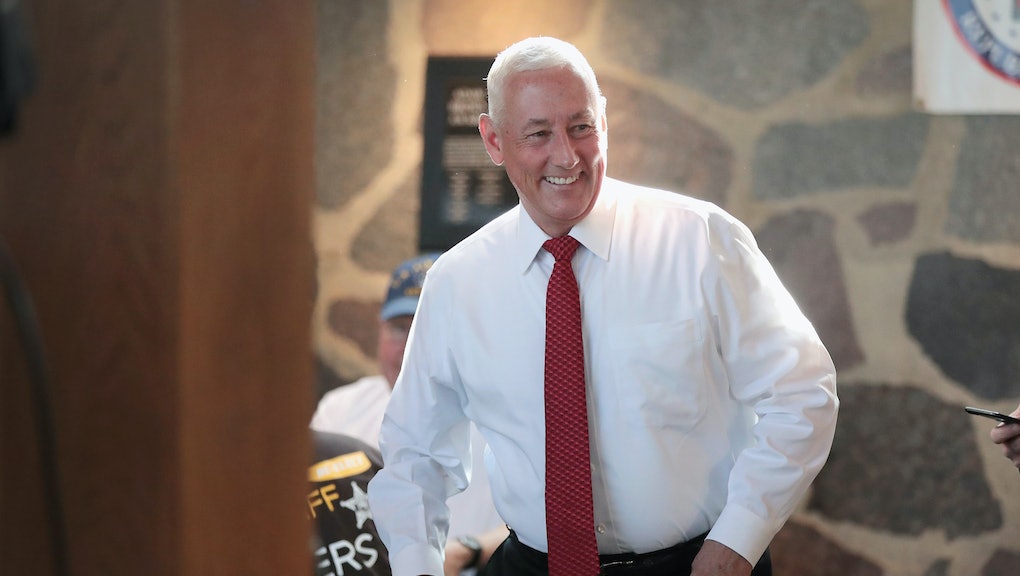 Greg Pence, the brother of Vice President Mike Pence, will run for Congress in Indiana on the Republican ticket in November after winning the primary in the state’s 6th Congressional District Tuesday.

The Associated Press called the race for Greg Pence early Tuesday evening. With 23 percent of precincts reporting, Pence had 67 percent of the vote. He defeated four other contenders, including businessman Jonathan Lamb.

An antique store owner and former marine, Greg Pence will now run to represent the seat his brother once occupied in Congress. He raised nearly $1.2 million for his campaign, the AP reports.

Greg Pence ran his campaign as an ally of his brother and on a platform that reflects President Donald Trump’s agenda. Throughout his campaign, he advocated for tax cuts, the repeal of the Affordable Care Act and the funding of a border wall between the U.S. and Mexico. He has also courted conservative Christian voters in the district, who hold his brother in high regard.

Indiana’s 6th Congressional District is a conservative stronghold, which has not voted for a Democratic candidate in over three decades. Mike Pence held the seat from 2001 through 2013, when he went on to become Indiana’s governor. The seat is currently represented by Republican Luke Messer, who lost his bid for the U.S. Senate in Tuesday’s primary.