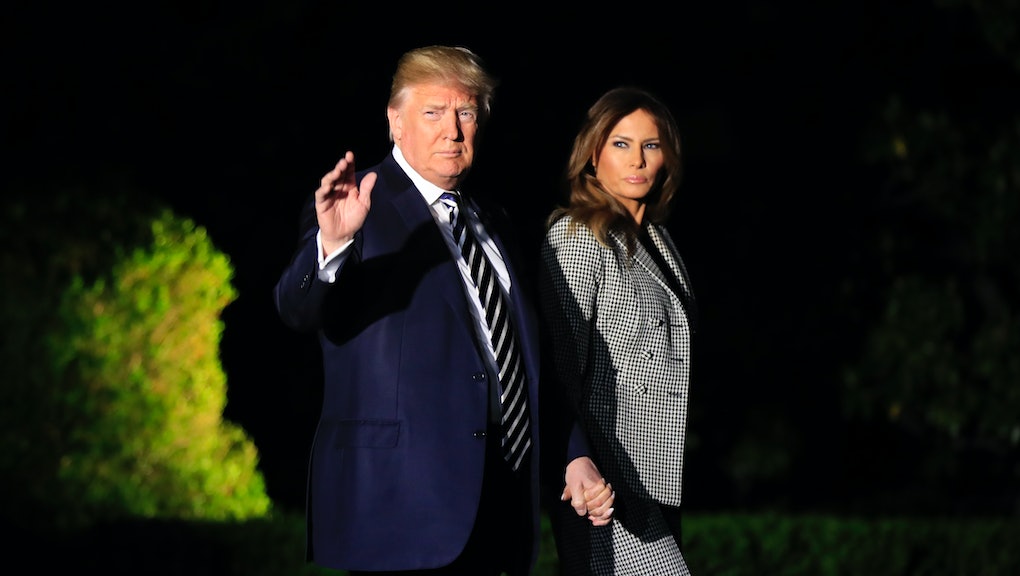 This week, Melania Trump finally announced her first real initiative as first lady, called “Be Best.” It’s all about improving the social, emotional and physical health of children, with a focus on cyberbullying, which is just about as ironic as you can get.

It also marks a turning point for this first lady, who has remained mostly silent in this administration. This is what she wore:

Monday, May 7: A leather jacket for announcing “Be Best”

For the unveiling of Trump’s own “Be Best” initiative, she wore what appears to be a Ralph Lauren brown leather jacket, a white pencil skirt and white Louboutins.

Wednesday, May 9: A repeat Michael Kors dress for a Mother’s Day event

On Wednesday, Melania Trump and her husband gathered in the East Room of the White House to celebrate Mother’s Day, and specifically military mothers and spouses.

Trump wore a navy Michael Kors coat dress that she’s worn at least once before, including at the lunch honoring teachers of the year in 2017.

Thursday, May 10: A repeat Dior suit for meeting with freed Americans

Finally on Thursday, for meeting with the three freed Americans who had been detained in North Korea for more than a year, Melania Trump wore a checked, wide-leg Dior suit that she — again — wore once before, this time back at the Invictus Games in September.