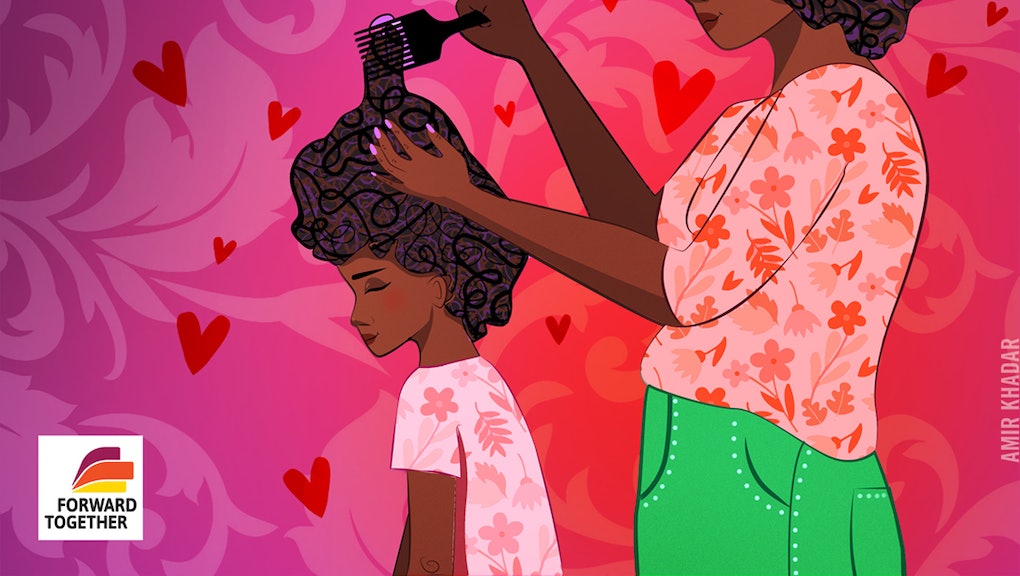 Ahead of Mother’s Day, here are 3 awesome campaigns dedicated to black mothers you need to know

All mothers should have access to adequate reproductive health care and the right to raise their children in a safe environment, reproductive justice activists often say.

But, the disparities black mothers face are alarming. Black mothers are disproportionately vulnerable to injustice, such as mass incarceration and access to adequate health care.

According to a 2017 Centers of Disease Control report, black women are three to four times more at risk of pregnancy-related death than white women. Additionally, a report released by the Sentencing Project this week states the imprisonment rate for black women was nearly twice that of white women in 2016. There are more than 646,000 people being held in local jails every day across America. Of those locked up, 70% are being held on expensive pretrial bail, which often separates a mother from her children and other family members.

Three recent initiatives MamasDay, the National Black Mama’s Bail Out and the proposal of new legislation, The Mothers and Offspring Mortality and Morbidity Awareness Act, are shedding much needed light on these issues ahead of Mother’s Day. Here’s what you need to about them and how you can help.

Forward Together, a grassroots advocacy group working for the rights and resources of families nationally, launched its annual MamasDay campaign to send love to mothers who aren’t always celebrated, especially young mothers, queer mothers and women of color.

Forward Together commissioned five artists Amir Khadar, Francis Mead, Iman Geddy, Jamilla Okubo and Loveis Wise to illustrate vibrant e-cards celebrating black mothers. Through the organization’s website, anyone can customize the e-cards with messages and email them out to their mothers.

The organization is also asking concerned individuals to sign pledges toward the safety and freedom of black mothers, toward health and justice and toward respect and autonomy.

The National Black Mama’s Bail Out, created by the National Bail Out Collective in 2017, resumed its efforts this year to fundraise and free mothers being held on bail ahead of the holiday, so that they can spend it with their families.

The collective driving the efforts consists of almost two dozen local organizations around the country, including Southerners on New Ground, Color of Change and the Movement 4 Black Lives Policy Table.

According to the site, donations can be sent through a donation page. The organization is also encouraging individuals to sign up with Appolition, an app that uses spare change from your bank account to donate to the National Bail Out fund on an ongoing basis.

The Mothers and Offspring Mortality and Morbidity Awareness Act

On Wednesday, a new bill to combat the high maternal mortality rates of black women was unveiled to Congress. The Mothers and Offspring Mortality and Morbidity Awareness Act, also known as the MOMMA Act, was introduced by Congresswoman Robin Kelly, who is also the cochair of the Congressional Caucus on Black Women and Girls.

“Starting or growing your family shouldn’t mean putting your life at risk,” Kelly said in a news release Wednesday. “Every momma deserves the chance to be a momma – that’s why I’m working to pass the MOMMA Act.”

Part of the bill’s measures will support the work of the Alliance for Innovation in Maternal Health, an alliance of hospitals and health care providers, that are working to create obstetric standards that would be followed nationally in health facilities.

“Through this partnership, we will ensure all hospitals adopt best practices and safety training to eliminate preventable maternal mortality and severe morbidity across the country — and save mothers’ lives,” Dr. Hal Lawrence, executive vice president and CEO of the American College of Obstetricians and Gynecologists, said in a statement.

This valuable work of activists, politicians and artists for the lives of black mothers is evidence that these conversations will continue until permanent change is established.