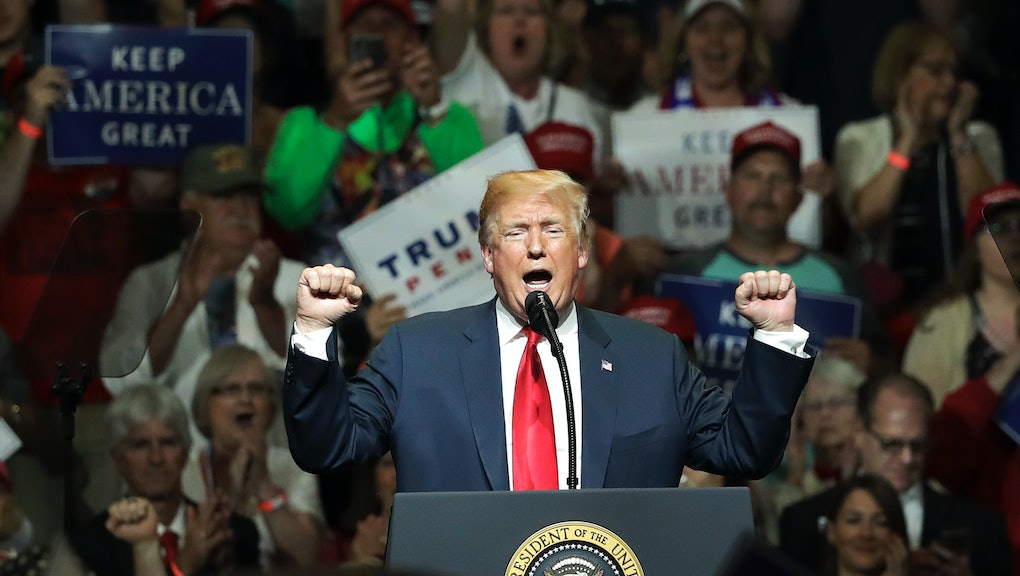 Trump is back in campaign mode — but have the cable networks learned their lesson?

• Trump’s schedule kicks off in the late morning. At 11.45 a.m. he’ll attend a roundtable with automaker CEOs.

• At 2 p.m. he’ll give remarks on lowering drug prices.

• Then at 3:45 p.m. Trump will meet with Secretary of State Mike Pompeo.

About last night: Trump is back in campaign mode — but have cable networks learned their lesson?

As midterm season approaches, President Trump has returned to the campaign trail, reminding Americans of what it was like just two years ago when then-candidate Trump held rowdy, sometimes violent campaign rallies.

Coming into Friday, Trump seems to be having issues with several members of his top staff.

John Bolton: The hawkish national security adviser has finally found a war he doesn’t want to fight. Bolton reportedly wants to scrap the White House’s top cybersecurity job, even as the U.S. continues to learn more and more about the role Russian hacking played in the 2016 election.