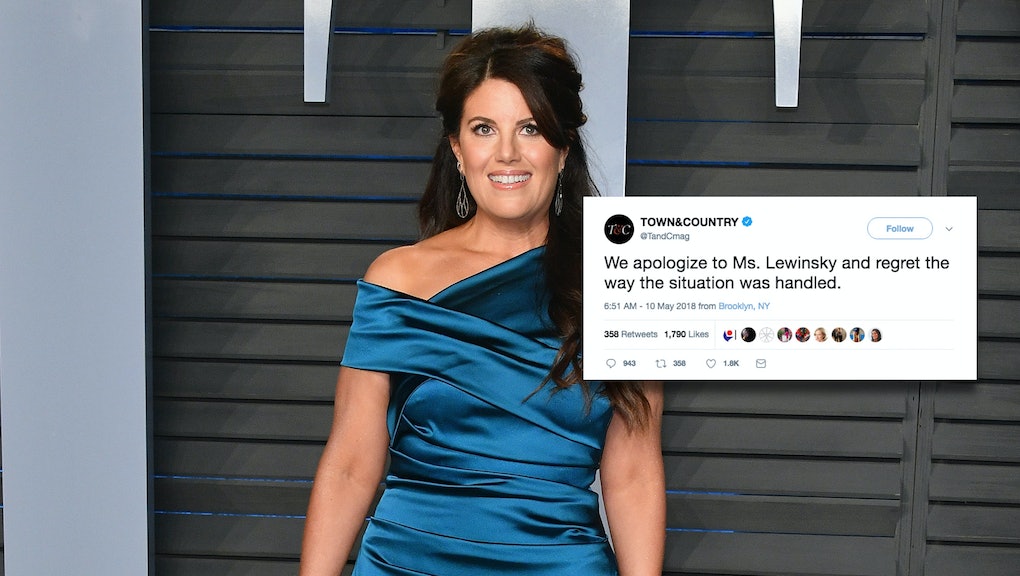 In “Who’s Sorry This Week?”, Mic tracks down the most prominent mea culpas from celebrities, companies and other public entities trying to make amends for their various screw-ups.

Victor Chavarria, owner of Happy Kids Piñatas in Minneapolis, recently made some piñatas for a wedding, which were supposed to look like the multiracial wedding party. After Chavarria made the piñatas, he hung them from the front porch of his home — located in a predominantly African-American neighborhood — to dry.

But to his neighbors, one of whom took a picture of his porch and posted it to social media, these piñatas looked like a horrific lynching scene, according to Minnesota Public Radio. And that’s when the threats against his family started to pour in, such that Chavarria called the police to ask for extra patrols.

Chavarria has since apologized, saying he didn’t realize how his neighbors would perceive the way the dark-skinned piñatas looked without context.

“Perception is reality for people and I have to be very careful and sensitive to my community, and I deeply apologize to anybody who got offended,” Chavarria said in an interview with Minnesota Public Radio. “My processes changed immediately, and I won’t dry piñatas on my porch anymore.”

On Wednesday, Town & Country magazine hosted its annual philanthropic summit in New York City. Monica Lewinsky was initially invited to the event, but learned her invitation had been rescinded when it appeared former President Bill Clinton would be there, too, according to HuffPost.

Lewinsky — who, as a White House intern, had an affair with then-President Bill Clinton — has become a more visible public figure with the rise of the #MeToo movement. Lewinsky tweeted about the situation with T&C Wednesday, but did not name the publication directly.

Thursday, T&C apologized, saying it “regret[s]” the way the situation was handled.

During a recent spring commencement ceremony at the University of Florida, several students celebrated their graduation by dancing when they were handed their diplomas. In response, an usher halted these celebrations and aggressively shoved as many as 21 students off-stage while their families looked on in horror.

Footage of the commencement sparked widespread outrage, with many noticing this usher was hurrying along black students much more aggressively than their white counterparts. (The university has declined to identify this faculty member, according to the New York Times.)

“It was definitely contingent on your race ... other white students who were dancing were not perceived as a threat,” student Nafeesah Attah, whose cap was knocked off her head during her walk across the stage, told Good Morning America, per ABC.

“The practice has been halted for all future ceremonies,” his tweet said, “and we will work to make sure all graduating students know we are proud of their achievements and celebrate with them their graduation.”

In the wake of Mike Pompeo’s appointment to the position of secretary of state, President Donald Trump has nominated Gina Haspel — the CIA’s current acting director — to take his place.

Sen. John McCain (R-Ariz.) has been particularly vocal in his opposition to Haspel’s nomination, saying Wednesday that her “role in overseeing the use of torture by Americans [under President George W. Bush] is disturbing,” according to CNN. “Her refusal to acknowledge torture’s immorality is disqualifying. I believe the Senate should exercise its duty of advice and consent and reject this nomination.”

Thursday, Fox Business Network host Charles Payne had retired Air Force Lt. Gen. Thomas McInerney on his program to discuss — at least in part — Haspel’s nomination. McInerney said torture can be “effective,” and that McCain opposed Haspel because torture “worked” on McCain, who was held as a prisoner of war in Vietnam for five years.

“The fact is John McCain – it worked on John,” McInerney said, according to ABC. “That’s why they call him ‘Songbird John.’”

These comments resurfaced allegations that have circulated for years, that McCain leaked secrets when he was held prisoner — a claim that has been debunked.

Thursday, host Payne posted an apology for McInerney’s remarks in a series of tweets, saying he didn’t hear McInerney’s “false and derogatory” comments, and that he should have challenged them.

As Deadpool, Ryan Reynolds apologized to David Beckham for saying his voice sounds like he “mouth-sexed a can of helium”

In the surprise hit 2016 film Deadpool, Ryan Reynolds plays a snarky, smart-mouthed superhero who delights in saying vile, horrendous things. At one point, he takes a jab at soccer superstar David Beckham.

“Ever heard David Beckham speak?” Deadpool says. “It’s like he mouth-sexed a can of helium.”

Ahead of the release of Deadpool 2 on May 18, 20th Century Fox released a cheeky video in which Deadpool goes to Beckham’s house to personally apologize for the insult.

Reynolds tweeted the video Thursday, saying, “Canadians are born with a black belt in apology.”