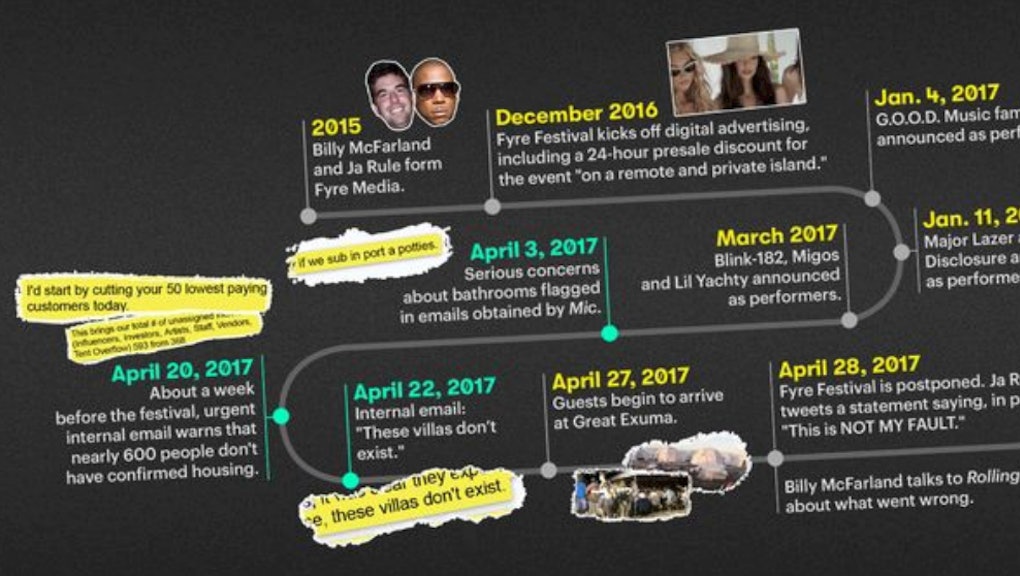 Mic announced today that Hulu has greenlit production and signed on as the exclusive distribution partner of the landmark docuseries about the collapse of Fyre Festival, to be produced by Mic, The Cinemart and Billboard.

The explosive docuseries about the presumed ultra-luxurious music festival gone wrong will explore the intricate series of relationships and events leading up to the Festival and expose those held accountable. Featuring exclusive interviews with the organizers of the event, stranded festival-goers, investors and legal teams handling the backlash, the series will reveal never-before-seen footage, leaked documents, emails and recordings leading to the disastrous weekend. With some of the strongest voices and writers in the industry, the series draws on Billboard’s elite roster of reporters and commentators and Mic’s in-depth investigative reporting on the Festival.

The Cinemart will head production with directors Jenner Furst and Julia Willoughby Nason and executive producer Michael Gasparro. John Amato and Dana Miller will executive produce for Billboard, with Jake Horowitz, Sharmi Gandhi and Angela Freedman executive producing for Mic. The deal for the docuseries was brokered by Creative Artists Agency (CAA).