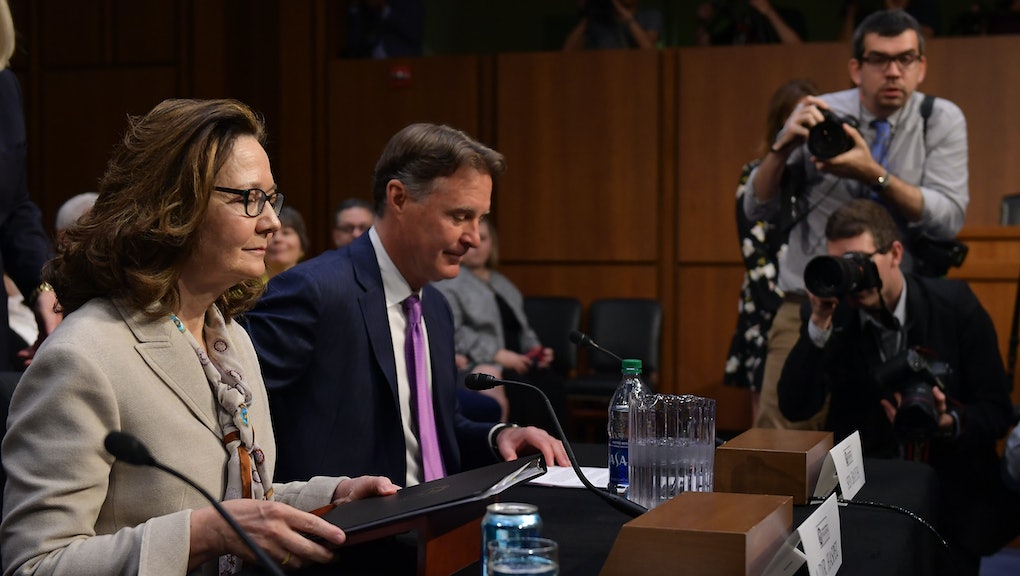 Sen. Joe Donnelly (D-Ind.) — who is considered one of the most vulnerable Democrats in the upcoming midterm elections — will support Gina Haspel, President Donald Trump’s controversial nominee to lead the CIA, saying in a statement Saturday that he believes she will “help keep Americans safe and defend our nation from those who wish to do us harm.”

“I had a tough, frank and extensive discussion with Ms. Haspel on a wide range of topics ... I have also reviewed her record and her testimony before Congress,” Donnelly said. “I believe that she has learned from the past, and that the CIA under her leadership can help our country confront serious international threats and challenges.”

“After careful consideration, I will support Ms. Haspel’s nomination to lead the agency to which she has dedicated her career,” Donnelly added.

The announcement puts Donnelly at odds with Democrats, who oppose Haspel, and may improve her chances of being confirmed by the Senate.

Trump in March tapped Haspel to replace Mike Pompeo, his new secretary of state, as head of the agency, but her nomination was quickly met with backlash over her role in the CIA’s now-banned torture program. Trump has accused Democrats of wanting her “OUT because she is too tough on terror.”

But it isn’t just Democrats who have expressed opposition to Haspel.

Sen. John McCain (R-Ariz.), who was tortured as a prisoner of war in Vietnam, said in a statement earlier this week that “her role in overseeing the use of torture is disturbing” and “her refusal to acknowledge torture’s immorality is disqualifying.”

That assessment prompted a White House aide to joke that McCain, who was diagnosed with aggressive brain cancer in 2017, is “dying anyway” and his opposition to Haspel does not matter.

Donnelly — who will face a tough re-election bid in November when he faces off against Republican businessman Mike Braun — is one of two Democrats to announce their support for Haspel. The other, Sen. Joe Manchin (D-W.Va.), said Haspel has “great character” and is “supremely qualified” to lead the CIA.

Haspel, who lead a secret detention site in Thailand during the George W. Bush administration, testified during her confirmation hearing this week that the CIA “will not restart such a detention and interrogation program” under her leadership.

She needs the support of the majority of the Senate to be confirmed for the role. If confirmed, she would become the first woman to lead the agency.