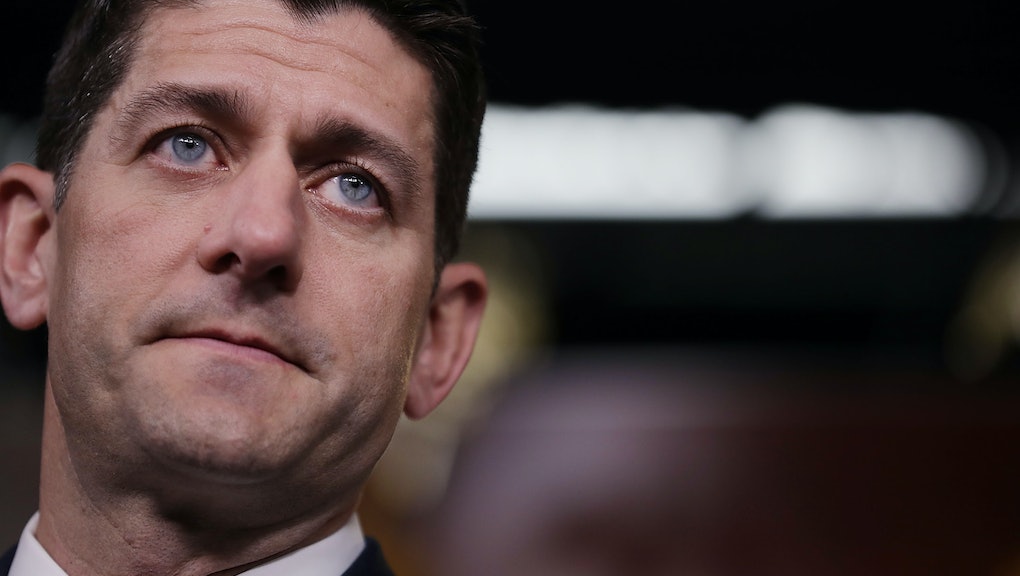 • CIA director nominee Gina Haspel could get a vote before the full Senate as early as Thursday.

Thursday marks the one-year anniversary of special counsel Robert Mueller’s investigation, and with the amount of news that came out about the probe Wednesday night alone, it’s clear Mueller’s team is still going full steam ahead.

Among the news we learned Wednesday:

Mueller issued two subpoenas to Jason Sullivan, a social media expert who worked for Trump adviser Roger Stone, according to Reuters. The subpoenas suggest Mueller is still investigating Stone’s ties to WikiLeaks founder Julian Assange, whose website released a tranche of emails that Russian hackers stole from top Hillary Clinton aide John Podesta. Stone claimed during the campaign that he met with Assange before Assange released the hacked emails.

Speaking of Daniels, on Wednesday Trump released his personal financial disclosure form, which revealed that Trump did, in fact, reimburse Cohen for the $130,000 hush money payment to Daniels.

There was also news from two Senate committees regarding the Russia investigation:

First, the Senate Judiciary Committee released documents that revealed lawyers for first son Donald Trump Jr. tried to coordinate responses with the Russians who set up the now-infamous Trump Tower meeting, where Trump Jr. was promised dirt on Clinton.

Ultimately, we know Mueller’s investigation is still going strong, and Trump is not happy about it, to say the least.

“Congratulations America, we are now into the second year of the greatest Witch Hunt in American History...and there is still No Collusion and No Obstruction,” Trump tweeted Thursday morning. “The only Collusion was that done by Democrats who were unable to win an Election despite the spending of far more money!”

Two more House Republicans signed a discharge petition Wednesday that would force an immigration vote — defying their own Speaker Paul Ryan, who does not want to wade into a contentious immigration battle in the middle of the midterm election season.

The growing number of House Republicans who want to vote on immigration came the same day Trump called the undocumented immigrants his administration has been deporting “animals.”

“These aren’t people. These are animals,” Trump said during a roundtable on sanctuary cities at the White House.

The dichotomy between the Republicans who want an immigration solution and Trump’s dehumanizing rhetoric about immigrants shows the immigration debate is far from settled.

The Senate Intelligence Committee voted Wednesday to recommend that the full Senate confirm Haspel as head of the nation’s top spy agency.

With that vote of confidence, Haspel’s nomination could get a vote before the full Senate as early as Thursday. Haspel is expected to win confirmation, as a handful of Democrats have said they will support her nomination, including Sens. Mark Warner of Virginia and Joe Manchin of West Virginia.

At least two Republicans, however, say they will vote against Haspel’s nomination: Sens. Rand Paul of Kentucky and Jeff Flake of Arizona.

“While I thank Ms. Haspel for her long and dedicated service to the CIA, as a country we need to turn the page on the unfortunate chapter in the agency’s history having to do with torture,” Flake said in a statement issued Wednesday. “Congress needs to be able to provide fully informed oversight. My questions about Ms. Haspel’s role in the destruction of videotapes relevant to discussions occurring in Congress regarding the program have not been adequately answered.”

The resistance: Democrats are pushing for Preet Bharara, the former U.S. attorney in the Southern District of New York that Trump fired, to run for attorney general in New York.