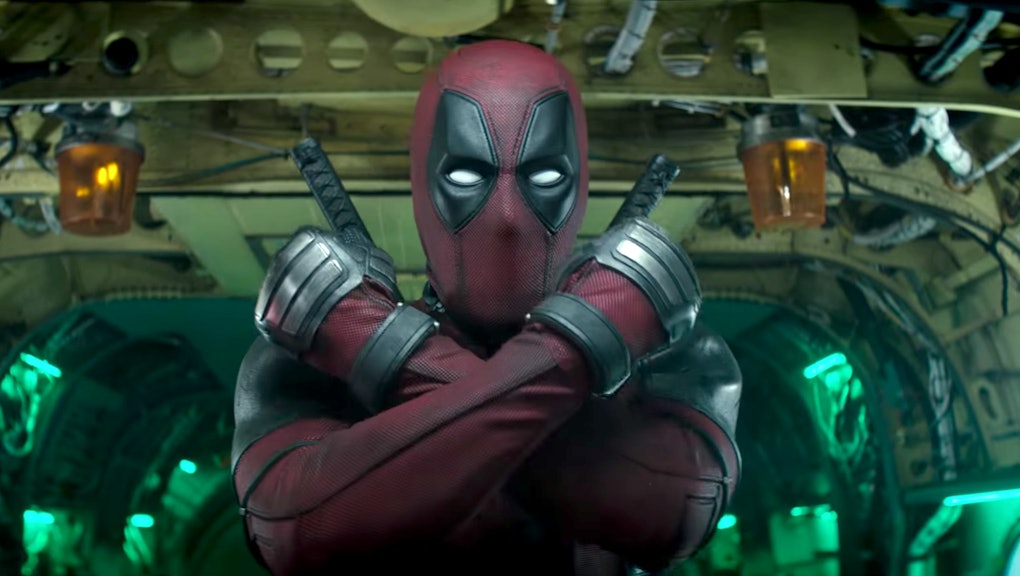 The sequel to the surprise hit, hard-R superhero film Deadpool, hits theaters Friday, and it features a first for the summer comic book movies of the past decade or so: an out queer protagonist. In fact, Deadpool 2 has not one, but two out queer characters: Negasonic Teenage Warhead and her girlfriend, Yukio.

You might remember Negasonic — the short-haired, angsty, super-powered teen — from the first Deadpool, but Deadpool 2 establishes her as explicitly queer for the first time. Fairly early on in the movie, Deadpool visits the X-Men mansion, reuniting with Negasonic after an implied jump of time since the events of the first film. By her side is Yukio, a cutesy, purple-haired girl who Negasonic introduces to Deadpool as her girlfriend.

To the movie’s credit, Deadpool 2 never makes any jokes at the expense of Negasonic’s and Yukio’s sexualities or their relationship — which would’ve been low-hanging fruit for a movie so intensely dependent on dick jokes and oh-yes-we-went-there humor. In fact, Deadpool reacts with nothing but affection anytime they’re on screen. Which is like, twice, because unfortunately Negasonic and Yukio are hardly in the movie at all. So, if you were hoping Deadpool 2 would feature some kind of groundbreaking depiction of a queer superhero, this is very much not that movie.

After we’re introduced to Yukio, both she and Negasonic essentially vanish from the movie until they reappear for the finale. While Deadpool and Cable (played by a particularly grumbly Josh Brolin) are busy addressing the movie’s main villain — who will remain nameless here in the interest of preserving at least a few mysteries — Negasonic and Yukio help take down a secondary villain. So, yeah, their roles in the scene are pitifully small. In fact, nearly the entirety of Yukio’s big action-hero moment appeared in the Deadpool 2 trailer, and is small enough to be contained in a single GIF.

Are you ready for it? Strap in.

And that’s a wrap for Yukio. No, really, that’s basically her whole fight scene. She twirls around a chain coursing with electricity and uses it to restrain [REDACTED], freeing Negasonic up to knock [REDACTED] down. It’s a cool moment that shows two queer women teaming up and being total badasses, but it’s the kind of scene that will probably make you go, “Where the hell have they been all this time?”

So, yes, Deadpool 2 is noteworthy in a big way for featuring a superhero movie’s first out queer characters, but it’s a shame their actual presence in the film is so negligible. Negasonic’s role as one of Deadpool’s sidekicks is largely erased in the sequel; instead, the secondary characters we spend the most time with in Deadpool 2 are Cable and the supernaturally lucky Domino (played by Zazie Beetz). Both are stellar, but it’s still hard not to feel a little bummed about who gets sidelined as a result.

Speaking of sidelining, it’s worth noting here that previous superhero movies have featured characters that are out in their comic book source material, but their big-screen adaptations have relegated their sexualities to mere subtext. Thor: Ragnarok featured the bisexual character Valkyrie, played by Tessa Thompson, but her sexuality is never directly acknowledged in the film. Thompson said she filmed a scene that would have made things clearer — in which a woman walks out of Valkyrie’s bedroom — but it was left on the cutting room floor.

Similarly, Deadpool himself is technically pansexual in the comics, but in the Deadpool movies, any kind of same-sex flirtation — like when Deadpool gropes Colossus’ big, metal butt in the sequel — is played purely for laughs. Shatterstar, a queer character from the X-Force comics, also appears in Deadpool 2, but he appears so briefly and does so little that he’s barely worth mentioning at all.

Maybe the inevitable Deadpool 3 will give Negasonic and Yukio more time to shine — but I don’t know how many more of Ryan Reynold’s dick jokes I can stomach to get there.