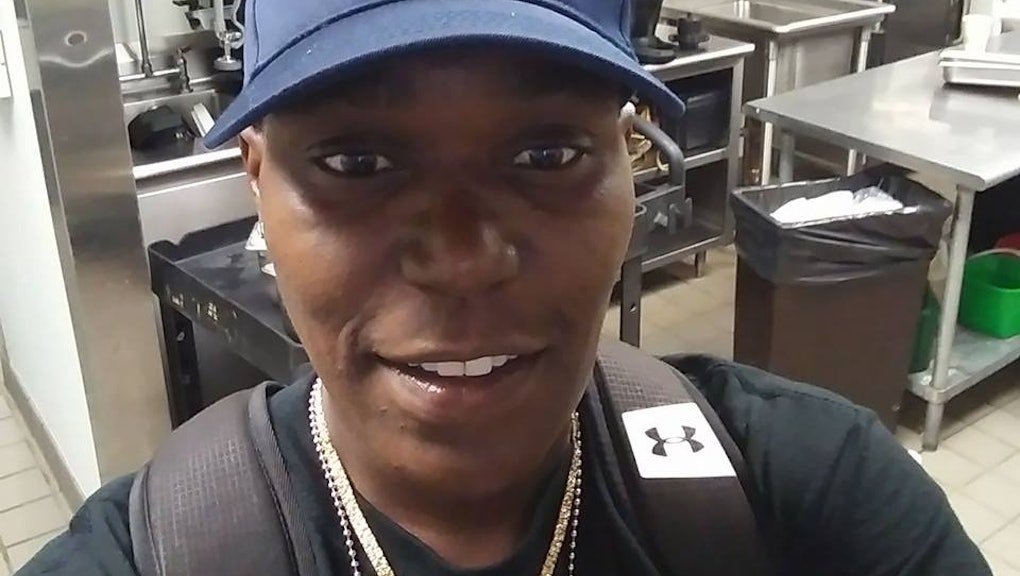 Nino Fortson was found fatally shot in Atlanta early Sunday morning amid what’s been a deadly week for transgender and gender nonconforming people. Advocacy groups like the Human Rights Campaign have identified Fortson as a 36-year-old trans man, but social media posts from friends and family use both male and female pronouns in reference to Fortson, who went by Nino Starr on Facebook.

Fortson appears to have been a member of the House of Blahnik, a group for trans and gay-identifying people that arose out of the local ballroom scene. Them reported Wednesday that Fortson was known for participating in the “butch realness” category at Atlanta balls.

A post from Kamaro Blahnik referred to Fortson as “my son” and urged members of the community to “keep Nino’s family and Tera, her wife, in your prayers.”

“Just letting everyone know that, yes, she was killed today,” Nino’s wife, who goes by Sonteria Tera Williams on Facebook, said in the video Blahnik shared.

According to a report from local outlet CBS46, police on a traffic stop heard gunshots around 2 a.m. Sunday morning. When they arrived at the scene, they found Fortson, who had been shot multiple times. Fortson was taken to a nearby hospital and later pronounced dead.

Fortson’s death comes after news that two trans women were found dead in Dallas just days apart earlier this month. One of those deaths has already been ruled a homicide. At least nine homicides of trans individuals have been reported so far in 2018, but advocates say the real number of trans and gender nonconforming lives lost to violence each year is likely far higher than reports suggest.