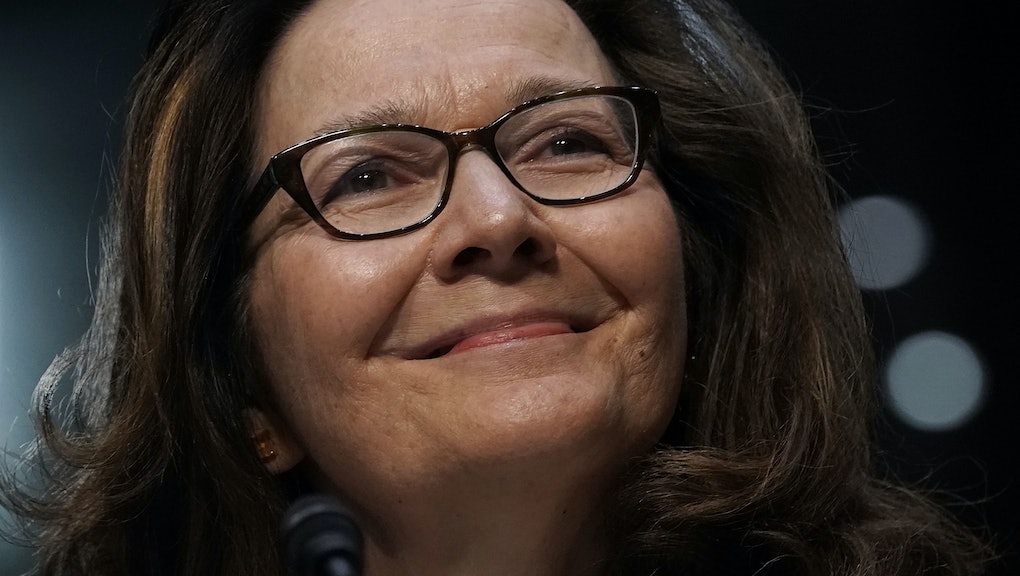 The Senate voted 54-45 on Thursday to confirm Gina Haspel as the next director of the CIA. Six Democrats voted in favor of Haspel’s confirmation, while Republican Sens. Rand Paul of Kentucky and Jeff Flake of Arizona voted no.

Sen. John McCain (R-Ariz.), who has been away from Capitol Hill in recent months amid a battle with brain cancer, said he also would have voted against Haspel’s confirmation.

The vote is historic: Haspel will be the first woman to lead the spy agency. Although she was easily confirmed Thursday, her road to confirmation was rocky.

At one point, Haspel’s nomination looked to be in doubt, thanks to her role in the CIA’s now-defunct torture program. McCain, himself a victim of torture while a prisoner of war in Vietnam, cited Haspel’s involvement in the program as the reason he would have voted against her.

McCain, who urged his colleagues to also vote no, was later mocked by White House communications aide Kelly Sadler for his opposition. Sadler said the senator’s position didn’t matter because he was “dying anyway.”

“I believe Gina Haspel is a patriot who loves our country and has devoted her professional life to its service and defense,” McCain said in a statement May 9. “However, Ms. Haspel’s role in overseeing the use of torture by Americans is disturbing. Her refusal to acknowledge torture’s immorality is disqualifying. I believe the Senate should exercise its duty of advice and consent and reject this nomination.”

Flake said he voted against Haspel’s confirmation for the same reason.

“While I thank Ms. Haspel for her long and dedicated service to the CIA, as a country we need to turn the page on the unfortunate chapter in the agency’s history having to do with torture,” Flake said in a statement Wednesday. “Congress needs to be able to provide fully informed oversight.”

Nevertheless, Haspel’s confirmation was made possible by a handful of Senate Democrats — many of whom are up for re-election in states President Donald Trump won by large margins in 2016.