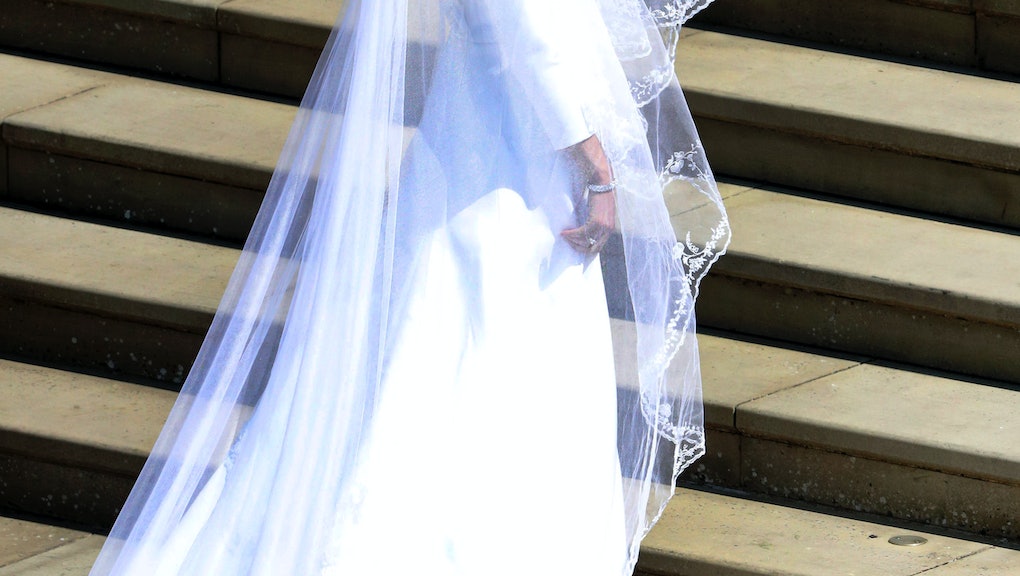 The time has come. On Saturday morning, Meghan Markle, whose style has been revered and chronicled painstakingly these past few months, emerged onto the steps before St. George’s Chapel in a wedding dress designed by Clare Waight Keller at Givenchy for her wedding to Prince Harry.

The dress, which featured a boatneck neckline, an A-line silhouette and a lengthy train was simple, sleek and sophisticated all at once.

As for the veil, it featured embroidered depictions of flora from each of the 53 countries of the commonwealth.

She also accessorized with a tiara, which was quickly identified as Queen Mary’s diamond bandeau tiara, on loan from the Queen.

Harry, meanwhile, looked dapper in his military uniform. And yes, he did keep the beard.

There was much hype around the designer Markle would eventually choose, with some people betting real money on their own predictions. Names thrown about included Stella McCartney, Christopher Bailey for Burberry, Ralph & Russo, Alexander McQueen — who was behind Markle’s now-sister-in-law Kate Middleton’s dress in 2011 — and Erdem. (Middleton wore McQueen to this royal wedding as well.)

Givenchy and Keller, who is a British designer, wasn’t a clear favorite ahead of the ceremony. So, what kinds of signals could she be saying with this dress? Well, like Middleton, Markle chose a female designer, with Keller being the first female artistic director at Givenchy, so perhaps there’s a bit of a feminist tinge to her choice.

In any case, Markle, who’s now a duchess, looked glowing, which no one had to put any bets on.