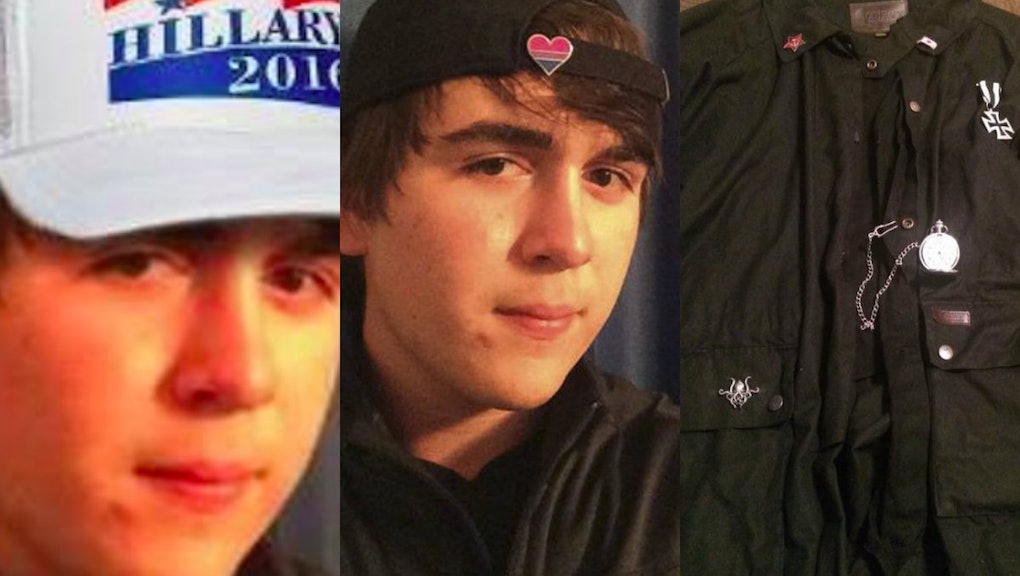 On Friday, police identified a high school junior named Dimitrios Pagourtzis as the suspect who went to his school near Houston, Texas, and shot and killed multiple students and staff. Within minutes of the public learning Pagourtzis’ name, there was a phony Facebook profile set up for him.

The fake profile was plastered with altered images designed to portray Santa Fe, Texas, teenager Pagourtzis as a committed leftist, with a Hillary Clinton campaign hat and a banner reading “Action Antifascite,” or “Anti-fascist action.”

This has now become the new norm for nearly every mass shooting of note in America — not just the politicization of shootings as a opportunity to address an epidemic of gun violence, but the excited shunting of responsibility onto either the American far-left or far-right. Mass shooters like accused Isla Vista gunman Elliott Rodger and Charleston church shooter Dylann Roof have left behind manifestos outlining racist, misogynistic or reactionary political world-views. But in many cases, the rush to attribute violence to a coherent set of politics generates a cloud of misinformation.

On one hand, photos on Pagourtzis’ real Facebook show that he owned a jacket adorned with pins, including a prominent Iron Cross, the symbol used by the German military and a favorite of modern neo-Nazis.

On the other hand, his jacket also showed a communist hammer and sickle, which would normally be anathema to an ideological neo-Nazi. Right-wing conspiracy theorist Mike Cernovich quickly called it an antifa “gang logo.”

But then, Pagourtzis’ real Facebook banner image appears to be a piece of Fashwave art, a white supremacist music and art movement co-opted from the (arguably leftist) Vaporwave aesthetic of internet art.

Other symbols shown on his clothing include a pentagram and a pin showing solidarity with bisexuals. Still, the shooter is a reported atheist who said, “I hate politics,” to his classmates, according the Los Angeles Times.

This has become a regular pattern since Trump’s election, a product both of the far-right’s need to drum up the specter of a leftist terroristic threat, and the left’s need to reinforce the truism that the majority of domestic terrorism is driven by right-wing extremism. When Nikolas Cruz was identified as the Parkland, Florida, school shooting suspect, a Florida-based white supremacist took credit for helping train Cruz, even though police were able to debunk the affiliation by the end of the day. Right-wing conspiracy theorists have tried linking anti-fascists to several high-profile shootings and domestic terrorism incidents.

For Pagourtzis, there is not enough available information to determine his politics, yet — if that moment will come at all. The only two messages left behind that might explain the scattered slew of icons in his profile is a caption on the Facebook photo of his jacket. It said, “Hammer and Sickle=Rebellion, Rising Sun=Kamikaze Tactics, Iron Cross=Bravery, Baphomet=Evil, Cthulu=Power.”

The other message is more coherent, and was emblazoned on one of his T-shirts: “Born to kill.”