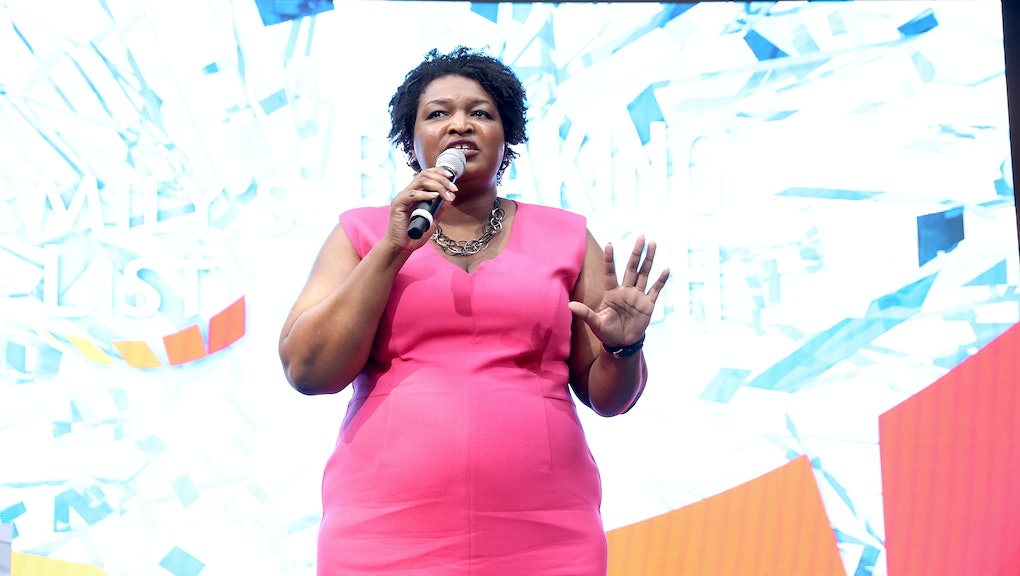 Black women, the “backbone” of the Democratic Party, are now stepping up to lead it

The lawyer, businesswoman and former state representative — who operatives on both sides of the aisle believe will emerge victorious from Tuesday’s gubernatorial primary in Georgia — isn’t the only black woman stepping up to the political plate. Democrats have nominated, or are poised to nominate, a number of black women for competitive seats in the 2018 midterm elections, which many predict will be a Democratic wave.

It’s a trend this election cycle that shows Democrats are no longer merely banking on black women as a key part of their constituency. Now they’re running them to be the face of the party.

“It will be a sign of progress and an important statement for our country if a black woman is our party’s nominee in these competitive contests,” Sen. Kamala Harris, California’s first black senator, said in a statement Tuesday. “It challenges peoples’ notions of who can do what, as compared to who has done what.”

In Georgia’s 6th District, Lucy McBath is hoping she’s the kind of candidate who can do what Jon Ossoff could not: win a seat in a district President Donald Trump won by a slim two-point margin in 2016. McBath, a retired flight attendant, became one of the “Mothers of the Movement” after her son, Jordan Davis, was shot to death at a Florida gas station by a white man who argued with Davis and his friends about how loud their music was.

Like Abrams, McBath faces a primary Tuesday night against three white male candidates. Brookhaven Mayor John Ernst, who governs a key Democratic area in the 6th District, said in an interview Tuesday he expects the crowded primary will head to a runoff McBath has a good shot of making.

If Ernst is right, McBath will have the support of EMILY’s List, a group that backs Democratic women who support abortion rights, in her face-off against GOP Rep. Karen Handel. Inside Elections currently rates the seat as “likely Republican.”

Lauren Underwood, who served as a senior adviser at the Department of Health and Human Services under former President Barack Obama, is running to unseat GOP Rep. Randy Hultgren in Illinois’ 14th District.

The seat has become more Democratic in recent years: Trump won the district by just four points in 2016, whereas GOP nominee Mitt Romney enjoyed a 10-point margin of victory in 2012. The race isn’t currently considered competitive, though it could get there as November approaches.

“Let me be clear: We won in Alabama and Virginia because #BlackWomen led us to victory,” Perez tweeted at the time. “Black women are the backbone of the Democratic Party, and we can’t take that for granted. Period.”