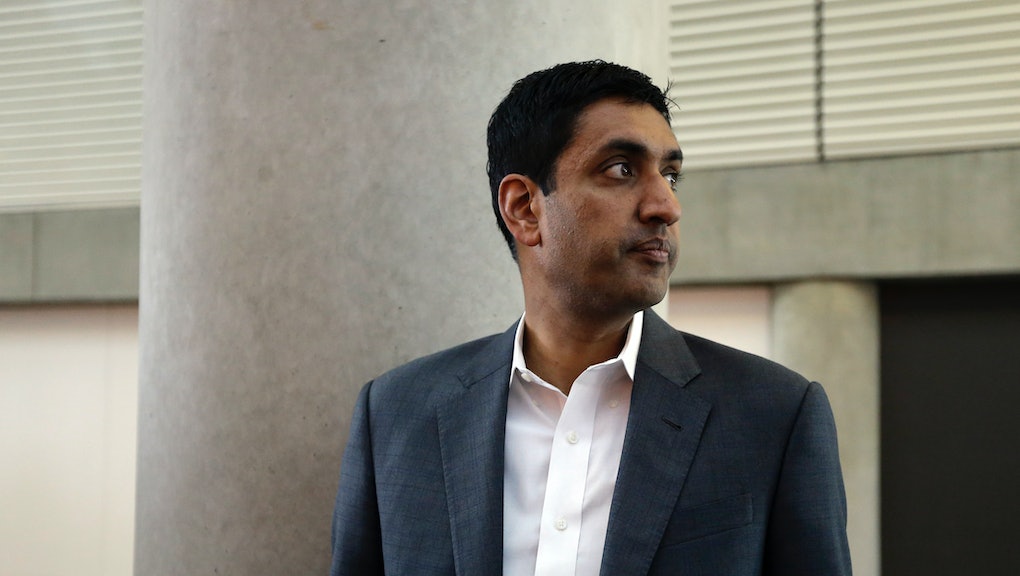 Over the past two months, the progressive wing of the Democratic Party has made a rather dramatic leftward shift on several key issues, creating a new consensus around policies to the left of anything the Bernie Sanders or Hillary Clinton campaign proposed in 2016.

Among the most buzzed-about policies is a universal job guarantee, which would ensure every American the right to a job no matter what the state of the economy. In April alone, three Democratic senators and rumored 2020 presidential contenders all endorsed the idea.

On April 23, Sanders (I-Vt.) announced his intention to introduce a bill that would require the federal government to give every unemployed person a job paying a minimum of $15 per hour. Sen. Kirsten Gillibrand (D-N.Y.) tweeted her support for a federal job guarantee and Sen. Cory Booker (D-N.J.) introduced his own bill to create a pilot plan to test a job guarantee in 15 municipalities with high unemployment rates.

In addition to the Senate proposals, two other plans drafted by major policy think tanks, one from progressive economist Stephanie Kelton at the Levi Institute, and one by Mark Paul, William Darity Jr. and Darrick Hamilton commissioned by the Center on Budget and Policy Priorities, have caught the attention of progressive job guarantee supporters. All of these proposals focus on ending unemployment through public-sector jobs.

The basis for most of these plans is former President Franklin Delano Roosevelt’s Works Progress Administration, a Depression-era program that put Americans to work in everything from national infrastructure projects to public arts and theater programs.

These proposals represent a radical shift in the party’s policy platform, but they are unlikely to become law anytime soon, as critics from the right and center left have already begun deriding them.

The shift has started to change the terms of the debate within the Democratic Party from “if” America should try and guarantee everyone a job, to “how” they should go about doing it.

And one member of Congress is already laying the groundwork for a new consensus plan to give everyone a job that he believes can unite the center-left and progressive wings of the party.

U.S. Rep. Ro Khanna (D-Calif.) plans to introduce a new “jobs for all” plan that he believes can help create consensus around the idea of trying something radically different when it comes to putting people to work.

“What my proposal tries to do is take the pace of the center-left economics, and the progressive economics, and offered a hybrid approach at solving structural unemployment,” Khanna said in an interview with Mic.

Khanna’s proposal breaks with other proposals in several key areas — most notably, it does not rely solely on public-sector jobs to fill gaps in the market. Instead, Khanna’s plan is based on a program used in Germany that combines increased public-sector work with subsidized private-sector jobs to achieve full employment.

“One of the unique parts of my bill fulfills FDR’s vision for a ‘right to work’ — not just through the [Civilian Conservation Corps] or WPA, not just a federal job, but as FDR talked about, in industry, in farming, in mining,” Khanna said referring to the Depression-era programs many see as the basis for a federal jobs guarantee.

“FDR wanted us to have a right to work in the public and private sector,” he continued. “My bill would allow people to become an apprentice as a painter, as a glazier, as an electrician, to work for a small business, for a union doing private work, and really develop the skills to have meaningful work in either the public sector or the private sector.”

Khanna’s plan would work by allowing businesses to take on up to 15 jobs subsidized by the federal government at 120% of the cost of labor and 150% for unionized jobs. The extra money would go toward additional costs for increased employment like training and workspaces.

The jobs under the program would not be permanent — they would be subsidized for up to 18 months, with a minimum of three months employment. After that 18 months, employers can renew the subsidy for up to a year, with incentives to hire workers permanently. During a recession, certain restrictions on the length of the subsidy would be lifted to help keep people employed through the economic downturn.

By subsidizing some private-sector jobs, Khanna addresses one of the major problems some economists have with a job guarantee — the risk that government jobs would “crowd out” private jobs and force the government to effectively take over broad swaths of the economy.

“If you’re going to make a universal job program, and it is going to [work], then that is going to absorb a lot of people who already have other jobs,” Adam Ozimek, a senior economist with Moody’s Analytics told Mic in April. “You essentially nationalize a large segment of the labor market.”

Khanna’s plan acknowledges the risk that employers would take advantage of the plan by pushing their existing labor costs onto the federal government. To address this potential consequence, Khanna has included a number of protections and rules prohibiting companies from using the program for work that is substantially similar to work already being done at participating companies.

In doing so, Khanna essentially shifts the government’s administrative burden away from the broader task of deciding what kind of goods and services the government should be supporting in the market, to the more narrow task of monitoring businesses for malfeasance. However, Khanna’s plan would still include the big investments in sectors like renewable energy and infrastructure that have major societal benefits.

Like the extant German policies on which his plan is based, Khanna’s plan would also turn some low-wage jobs that don’t require a college degree into professional career fields that provide a decent living wage and benefits.

“We need to professionalize things, like they have in Germany,” Khanna said. “A cook [in Germany] makes 25 bucks an hour. Some of the service employees make $10, $15 an hour, because there’s a professionalization of work that is not college-educated, but has the certification of credentials. We need to do the same thing.”

This is yet another feature of Khanna’s plan designed to attract center-left critics of a jobs guarantee. For years, centrist economists have tried to solve the problem of low wages and unemployment by focussing on training low-wage workers for a set of increasingly scarce high-skilled jobs, through work training programs.

Critics on the left refer to this as the “skills gap myth,” pointing out that such policies only work if there is a dearth of unfilled high-skilled jobs for newly trained workers to enter into — something that is not backed up by the economic evidence. Those critics tend to favor policies that raise wages for existing low-skilled jobs instead of investing in training for jobs that don’t exist in large enough numbers to support a broad swath of the workforce.

By creating jobs in both the public and private sector, Khanna’s plan could also face less political risk of being undermined or rolled back by hostile legislators. After the Depression, FDR’s WPA lasted for several years into the booming war-time economy before ultimately being scrapped by Congress. But it might be more difficult to create serious political support for unwinding a jobs-for-all-program that small businesses rely on for building out their workforce.

One of the potential areas were Khanna has opened himself up to criticism from the left is his decision not to include a baseline $15-per-hour minimum wage for the jobs created by his program, instead making the floor for wages under the program the prevailing minimum wage in the state where the job is created. Other jobs guarantee proposals have included a baseline $15-per-hour minimum wage for their public sector jobs in order to create competition with lower wage private sector jobs and ultimately push wages up nationwide.

Khanna himself supports raising the federal minimum wage to $15-per-hour but by separating the issue from his job proposal, hopes to attract more support from what he calls “Obama and Clinton Democrats.”

“I think that there’s an argument for a broader coalition, and that there is an advantage,” Khanna said. “There are two different schools of economic thought in the Democratic Party, one which says the rules of Capitalism are rigged, people aren’t getting a fair shot — and one that says the global economy is changing, we need to invest in our workforce development, we need people to get new skills and new certifications for a 21st-Century global economy. This proposal is in some sense a hybrid.”

Khanna does not believe his proposal should be the only option for ending unemployment in America. Instead, he sees it as one among many proposals to work from as members of Congress craft legislation that could gain popular support.

He is candid about the areas in which critics on his left might see his proposal as falling short of a full job guarantee, but notes that by engaging economists from both the Clinton and Obama administrations, as well as notable progressive economists, he’s helping to create a conversation where all sides within the party begin from a position that supports a radical new way of thinking about the government’s role in fixing unemployment.

“I welcome feedback, but I offer this legislation not as something that is perfect, but as a conversation starter about how we can fulfill the FDR economic vision in a way recognizing the complex economic questions,” Khanna said. “We need to debate these complex questions, because there’s not an easy answer.”