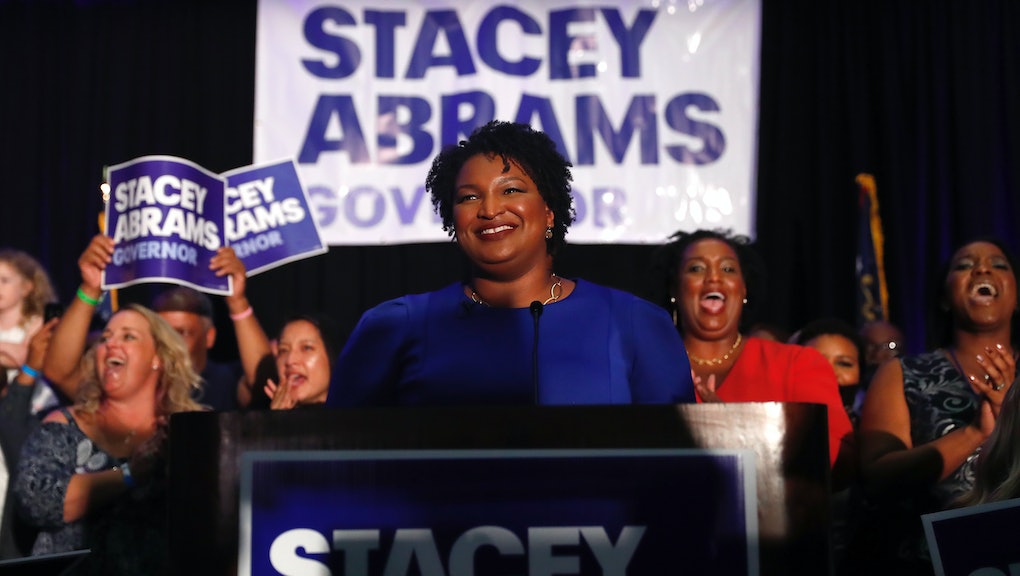 • Conservative Republicans and Speaker Paul Ryan attempt to beat back an effort by moderate Republicans to force an immigration reform vote.

About last night: The “establishment” wins big in Democratic primaries across the country

It was a great night for the Democratic Congressional Campaign Committee, which notched primary victories in a handful of races that will be key to Democrats’ hopes of winning a House majority in November.

Democrat Lizzie Pannill Fletcher easily defeated Laura Moser in Texas’ 7th, a suburban Houston seat that Hillary Clinton carried by a 1-point margin in 2016. The DCCC received backlash when it came out against Moser, who wrote condescending articles about Texas while living in Washington, D.C.

The DCCC’s foray into the race, which is rated a “tilt Republican” contest by Inside Elections, enraged anti-establishment progressive groups like the Bernie Sanders-inspired Our Revolution, which endorsed Moser. Ultimately, however, Moser couldn’t use that anti-establishment fervor to her advantage. She conceded to Fletcher and tweeted a message of unification for the fall.

“Huge congratulations to @Lizzie4Congress!” Moser tweeted. “You ran a great race and I look forward to helping you flip #TX07 in November.”

In Texas’ 23rd District, one of the most competitive seats on the map, Democrat Gina Ortiz Jones — whom the DCCC touted as a top candidate — defeated an Our Revolution-backed male candidate to win the nomination.

She is one of two Democratic women veterans who won races in crucial House contests, creating a trend this cycle. The other Democratic veteran, Amy McGrath, notched an upset victory over Lexington Mayor Jim Gray in Kentucky’s 6th District, another competitive seat. The DCCC helped recruit Gray in the race, but it issued a statement after McGrath’s win suggesting it’s equally happy with her victory. The DCCC also released a poll showing McGrath with a 15-point lead over her GOP opponent, Rep. Andy Barr.

Trump will devote his day to tough talk on immigration as he heads to a Long Island town to rail against MS-13, the gang that counts Central American immigrants among its ranks.

Trump has used MS-13 in his argument for strict immigration laws before. He called MS-13 members “animals” last week, though it was unclear whether he was referring to MS-13 immigrants only or all undocumented immigrants.

The focus on MS-13 could ignite Trump’s most fervent base, but in past elections — including the Virginia gubernatorial election last year — the focus on MS-13 was not an electoral winner for the GOP.

In fact, Virginia Republican Ed Gillespie’s focus on MS-13 may have hurt his failed bid for governor.

The ongoing push by some Republicans to force an immigration vote on the House floor is imperiling Speaker Paul Ryan’s plans to stay speaker for the remainder of his term.

A discharge petition that would force an immigration vote on the House floor now has 203 signatures — just shy of what’s needed — with more Republican members contemplating signing.

And House conservatives say if Ryan can’t squelch the effort by moderate Republicans to vote on an immigration reform bill that protects immigrants in the Deferred Action for Childhood Arrivals program — which shields some undocumented immigrants who were brought to the U.S. as minors from deportation — they could try to push Ryan out early.

“If we run an amnesty bill out of a Republican House, I think all options are on the table,” House Freedom Caucus member Scott Perry (R-Pa.) told reporters of Ryan’s future if the discharge petition comes to fruition.

Dodd-Frank rollback: Congress rolled back a provision of the law passed after the global financial crisis to exempt smaller banks from rules intended to prevent another financial system meltdown. With the rollback, fewer than 10 banks in the U.S. are subject to the tight financial regulations created by the Dodd-Frank legislation, according to the New York Times.

North Korea meeting at risk: Trump told reporters Tuesday there is a “very substantial chance” his meeting with North Korea scheduled for next month may not “work out.”

Off message: Trump gave Republicans heartburn Tuesday night during a speech before an anti-abortion-rights group, saying Republican votes weren’t as important in 2018 as they were in 2016. “Your vote in 2018 is every bit as important as your vote in 2016 — although I’m not sure I really believe that, but you know,” Trump said. “I don’t know who the hell wrote that line! I’m not sure. But it’s still important; remember that.”

Mueller investigation: The New York Times put together a great graphic explaining all the options special counsel Robert Mueller has in his investigation. It’s worth a read.