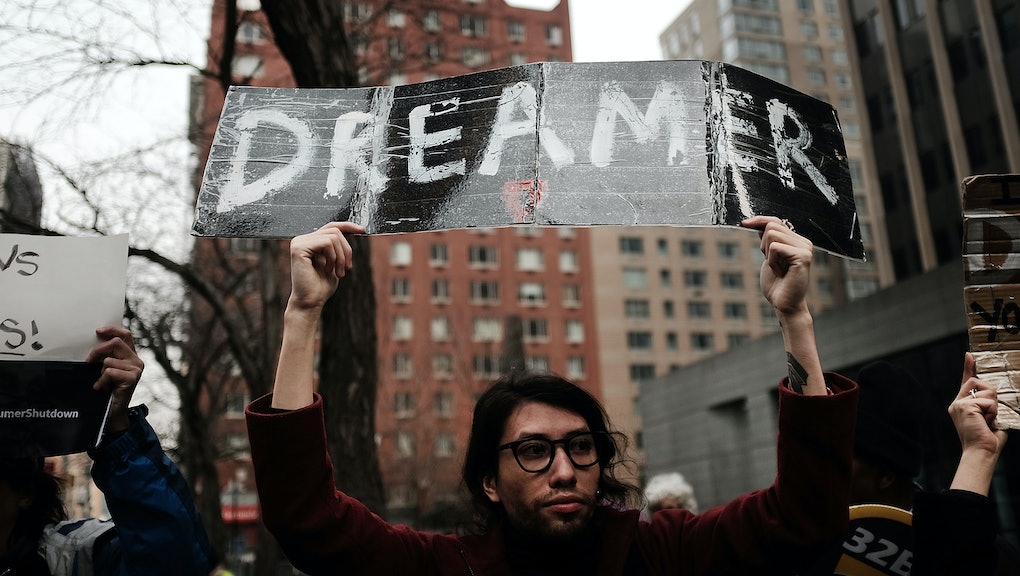 A moderate-Republican led effort to force a vote on bipartisan immigration reform looks likely to succeed, which GOP operatives say is a no-win situation for their party and its leadership.

A House Republican aide granted anonymity to speak freely told Mic that moderate Republicans have the votes for a discharge petition that would force a vote on a slate of immigration reform proposals.

A discharge petition is a document signed by members of the House that forces a bill House leadership doesn’t want to consider out of committee and to the floor for a vote. The petition needs a majority of House members, or 218, to sign it in order to pass. Twenty-one Republicans have already signed, and the House aide told Mic that moderate Republicans have four more votes from within the GOP caucus that, along with votes from House Democrats, would pass the discharge petition.

If the discharge petition succeeds, the most likely bill that would pass the entire chamber would be a moderate proposal that codifies the Deferred Action for Childhood Arrivals program into law while also providing some money for border security. And Republicans say that would be bad news for the GOP’s midterm election chances.

“The consensus is that this is bad for moderates and bad for conservatives as well,” the aide said in an interview. “The headline is going to be, ‘GOP grants amnesty to Dreamers’ and that would depress conservatives that we need to get out and vote.”

If the House passed a bipartisan immigration reform deal, it would put pressure on the Senate and its slim GOP majority to also pass the bill. And that would put President Donald Trump in the awkward spot of having to decide whether to sign or veto legislation that shields some undocumented immigrants who were brought to the United States as minors from deportation.

Polling shows that a bill codifying DACA is overwhelmingly popular with the electorate. However, Trump’s most vocal base — which Trump has shown time and again he will listen to no matter what popular opinion says — would be up in arms if Trump signed the legislation.

Conservative House Freedom Caucus Members are already enraged with moderates for going around House leaders like Speaker Paul Ryan to push for the discharge petition.

According to Politico, those HFC members are even suggesting that the National Republican Congressional Committee — which seeks to elect Republicans to the House — withhold money from moderates who defy leadership to sign the discharge petition in an effort to punish them for stepping out of line.

However, unlike HFC members who represent heavily GOP districts, those moderate Republicans are the ones facing competitive re-elections in the fall, and without NRCC money they could lose and put Republicans into the minority.

“To recap, House Freedom Caucus members are urging leaders to withhold NRCC money for moderates whose seats hold the key to the GOP Majority,” Brian Walsh, a Republican strategist who worked for the National Republican Senatorial Committee for years, tweeted. “That is a new level of stupid even for the HFC that I can’t begin to wrap my arms around.”

If the discharge petition succeeds, there are rumblings that HFC members would try to push Ryan out of his speakership job before his term expires. It’s unclear, however, whether any House Republicans would have enough votes to win a speakership race against Ryan.

“There are no barnacles on the speaker’s boat. He’s going to be the speaker until November,” Rep. Mark Meadows, chair of the HFC, told Bloomberg News’ Sahil Kapur. “No one’s close to 218 votes today other than Speaker Ryan.”

Ultimately, the fact that Republicans are plunging themselves into a contentious immigration debate in the middle of the midterm election cycle is problematic for the party.

GOP leaders hoped to spend the summer on issues that they feel are better for the party’s electoral hopes, such as tax reform and the economy. But instead, House Republicans are fighting over immigration, which polls show is a losing issue for the GOP.