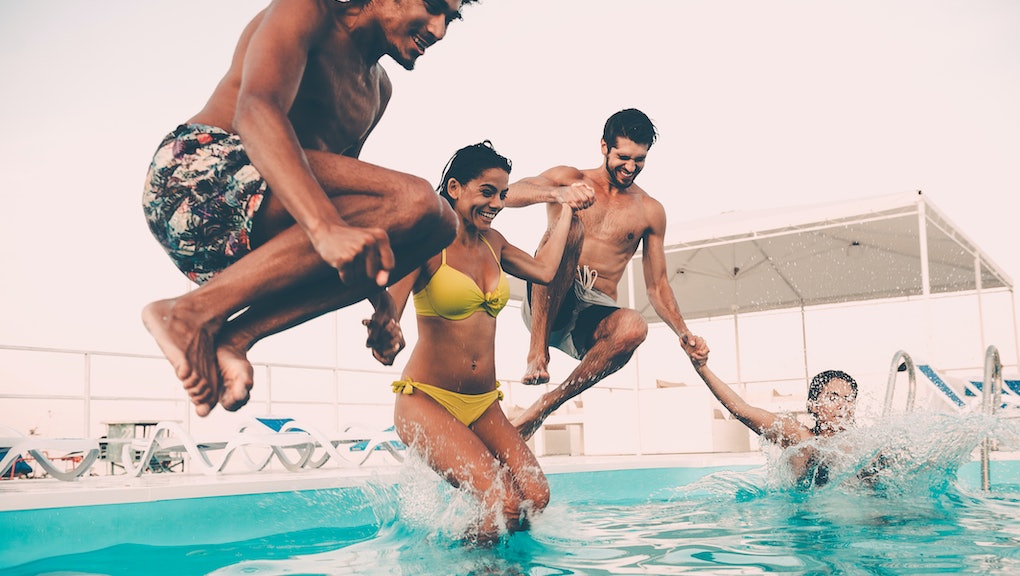 Summer Fridays may be in decline in the US. Here’s why more employers should formalize the perk.

Plenty of Americans are ducking out of the office a little early to get their Memorial Day weekends started. In Boston, Houston and Atlanta, the long weekend might already have begun: According to AAA, the worst times to hit the road on Memorial Day weekend in those cities is actually Thursday night. That’s smart thinking when it comes to beating the crowds.

Americans are likely ready for a break, taking less vacation on average than workers in most countries. We’re short on national holidays and we pull long hours. According to Project Time Off, Americans are still taking about three fewer vacation days a year than our historic average, despite some encouraging progress since the recession.

There’s been some evidence that summer Fridays — a constellation of summer-oriented perks that usually imply additional time out of the office — was emerging as a bit of a compromise between employers who want to keep the shop open and employees wanting to enjoy the warm weather. The consulting firm Gartner found last year in a survey of 200 human resources leaders that the number of companies offering a summer Friday perk has increased by more than 20% between 2015 and 2017.

On the other hand, a slightly larger survey from the staffing company OfficeTeam found that the number of employers offering the perk had declined precipitously from 63% in 2012 to just 20% last year. According to Gallup, the number of employees who are completely satisfied with their hours is actually trending down.

The origins of summer Fridays are somewhat apocryphal, according to the New York Times’ Choire Sicha, who dug into the history of the office perk in 2015. Sicha credits the invention to the publishing industry; others contend it was an innovation from advertising industry executives in the 1960s who noticed that people weren’t working on Friday afternoons anyway and simply formalized the practice. Here’s the ultimate case for summer Fridays and why more employers should formalize it.

People actually get less productive when they’re working too much. Some research suggests around 50 hours a week is about the limit — so much so that someone who works 70 hours in a week gets the same amount of work done on average as someone who works 55.

Nearly 40% of workers are already approaching that cliff, according to Gallup, and a fifth of full-time workers log more than 60 hours a week. That’s not even counting night-and-weekend emailing: Pew found in 2014 that 21% of workers work outside of the office nearly every day.

Then there’s the happiness factor to consider. One study from the U.K. found there was a strong link between happiness and productivity by showing people comedy clips and having them solve math problems afterward. The fact that happy, rested people are also better at their jobs is one reason why workers who take more vacation also get more raises.

2. We love work so much, we need to be told to take a break

Employers have a vested interest in making sure their workers aren’t too stressed out: Researchers at the Harvard University School of Public Health estimated that stress-related productivity loss amounts to about $30 billion for employers each year.

There are all kind of reasons why people don’t use all their vacation days. One study recently found that for Americans, at least, working all the time is the new status symbol. The theory is that fancy cars and watches have fallen out of fashion in the age of the T-shirt-wearing tech CEO. By making themselves scarce to friends and family, people now use perpetual work as a way to increased the perceived value of their time — especially if they are lucky enough to have the PTO and financial resources to get away every once in a while.

And yet, a lot of it is just for show, as other studies about the amount of time wasted at work show. To make sure employees take the time off they need to recharge, more and more companies are experimenting with mandatory vacations, office closures or even cash bonuses for people who use all their vacation.

3. Time off is better when you can spend it outside

At this point, an employer may think, fine, we’ll give our workers some extra vacation days. But why do they need to be in the summertime?

Summer vacations are better in many respects. Time off around the holidays, for example, can be stressful. And stressful vacations do not yield the same productivity and stress-relief benefits as vacations where we can actually kick back and relax.

That’s not to say you should have your workers plugging away until Christmas Eve (other research says they’ll be checked out anyway); but it does go to show that if you want your vacation to leave you less stressed, when you take it really matters.

Social connections during one’s time off also appear to be important, according to some research. That’s all the more reason for giving your workers time off when their friends and peers have time off too.

Finally, vacations in the summer may also be more restorative and beneficial because it’s so much easier to spend time outside. Even quick walks outside can promote focus, and one study found that people’s short-term memories improved by as much as 20% after just looking at scenes of nature.

Of course, summer Fridays aren’t going to work for every workforce. But the case is clear that Americans are overworked, office closures are the best way to get workers to take time off and the best time to close an office is when it’s warm and sunny outside. And if your boss doesn’t see the wisdom of this simple request, here are some tips for negotiating more time off to implement these findings on your own.