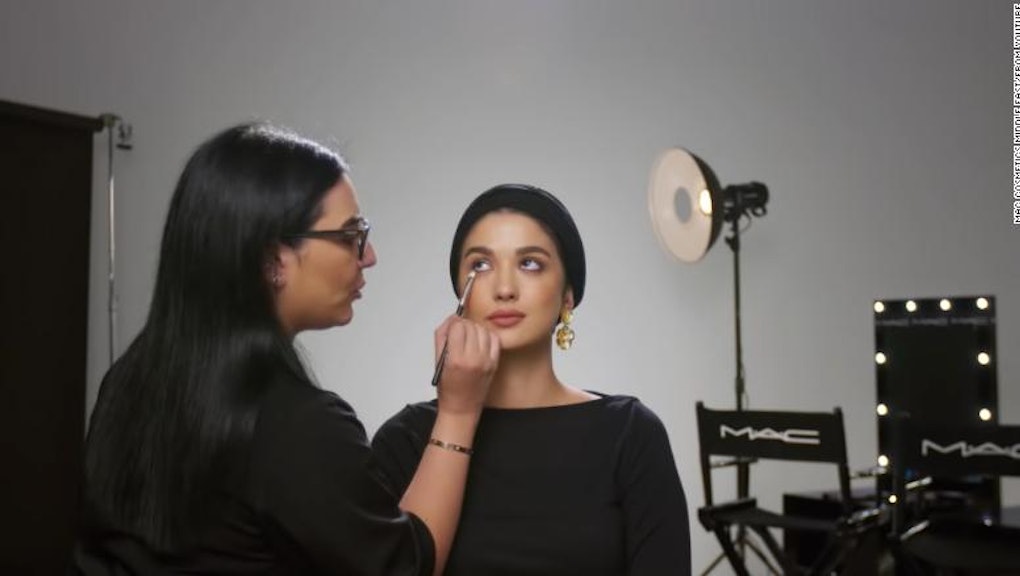 Makeup companies thinking inclusively and understanding that all of their customers aren’t the same race or religion is always a good thing, but a new MAC Cosmetics makeup tutorial aimed at people celebrating Ramadan has gotten some mixed reactions.

The tutorial, which was released on MAC Cosmetics Middle East’s YouTube page, offered makeup tips for the meal eaten before dawn during Ramadan, called suhoor. The makeup artist lined the model’s eyes in a deep black kohl, coated her lashes in mascara and smudged on some eyeshadow for a “glamorous suhoor look.”

But many have taken one look at this tutorial, which has since been deleted from YouTube, and thought, “Are you kidding?”

The meal itself is eaten pre-dawn, around 3 a.m. for many, so the idea that women would want to put in the work to wear makeup for it struck some as entirely bizarre.

MAC, to them, was just using Ramadan as an excuse to peddle more products.

But while plenty of people found this tutorial problematic, others defended it. There are suhoor buffets that don’t just begin in the middle of the night over in the Middle East, some tweeted.

Also, regardless of the time, some people do make themselves up for suhoor, according to some Twitter users.

MAC has deleted all posts containing this particular video, and Mic has reached out for comment.