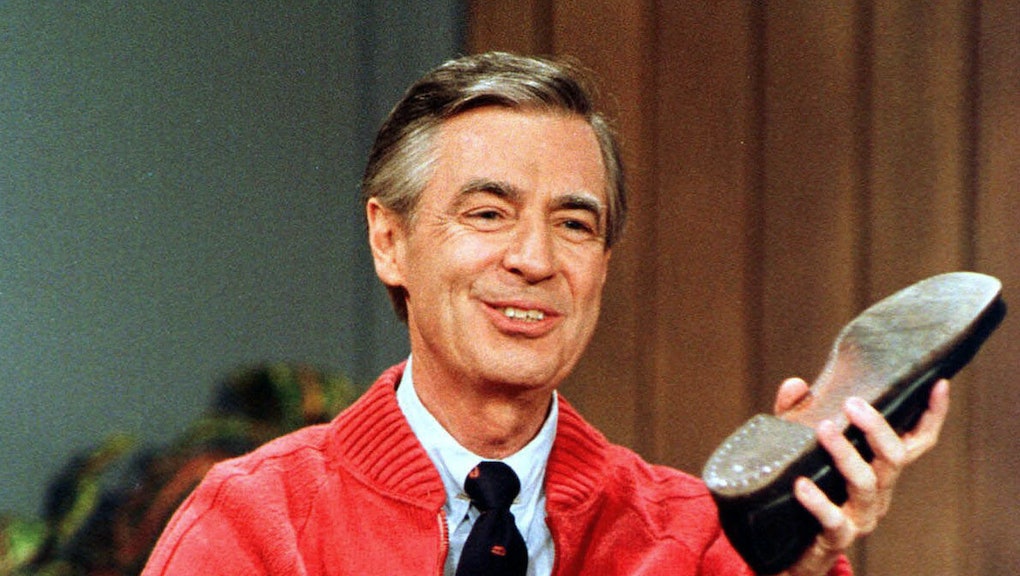 With the upcoming release of a new Fred Rogers documentary and another biopic in the works, the legendary children’s entertainer — best known simply as Mr. Rogers — is back in the spotlight. Rogers’ television show, Mister Rogers’ Neighborhood, aired on public broadcasting for more than 30 years, turning its mild-mannered, sweater-wearing host into an icon for generations of American kids.

The gentle world he built on TV — the show mostly existed in a living room set, though each episode featured a foray into Rogers’ world of make-believe — was a refuge for countless kids. But some of Rogers’ most impactful moments happened offscreen, where he unleashed his radical niceness on the world at large.

Rogers was an altogether unassuming man whose real-life personality was, as the New York Times put it in his 2003 obituary, “much like his television persona.” An ordained Presbyterian minister, Rogers studied early childhood education. His hobbies were just what you might expect: He swam every day, was an avid reader and listened to classical music. (Joanne Rogers, his wife of more than 50 years, was a concert pianist.)

Rogers was so kind and mild-mannered that his personality seemed to engender suspicion at times, even leading to rumors that he had some sort of hidden darkness in his past. One such rumor — that Rogers served in the military and accrued a number of “confirmed kills” during the Vietnam War — was so prevalent the Navy Seals released an official statement confirming it wasn’t true. The statement also dispelled the rumor that Rogers wore long sleeves to hide military tattoos.

However, there are plenty of near-legendary stories about Rogers’ life and work outside of Mister Rogers’ Neighborhood that are actually true. For one, there’s his 1969 testimony before the Senate Subcommittee on Communications, which was widely recirculated in 2017 after President Donald Trump released a budget plan that proposed defunding NPR and PBS.

Rogers delivered his testimony in May 1969, when he arrived in Washington, D.C., to defend public broadcasting from former President Richard Nixon’s proposed budget cuts.

In his testimony, Rogers spoke eloquently and emotionally about what he wanted to accomplish with his show and about the value of children’s entertainment that promotes emotional well-being.

“This is what I give,” Rogers said to the committee. “I give an expression of care every day to each child, to help him realize that he is unique. I end the program by saying, ‘You’ve made this day a special day, by just your being you. There’s no person in the whole world like you, and I like you, just the way you are.’ And I feel that if we in public television can only make it clear that feelings are mentionable and manageable, we will have done a great service for mental health.”

He also recited the lyrics of a Mister Rogers’ Neighborhood song that dealt with how children can manage feelings of anger. The song ended, “I can stop when I want to. Can stop when I wish. Can stop, stop, stop anytime. And what a good feeling to feel like this! And know that the feeling is really mine. Know that there’s something deep inside that helps us become what we can. For a girl can be someday a lady, and a boy can be someday a man.”

By the time he was finished, it was clear he had won over Sen. John O. Pastore, the subcommittee’s chairman who told Rogers he had goosebumps. “I think it’s wonderful,” Pastore said in an iconic moment that’s featured in Won’t You Be My Neighbor?, the documentary that arrives in theaters Friday. “Looks like you just earned the $20 million.”

Rogers’ status as a TV icon put him in occasional contact with the glitzier world of Hollywood stars, where his sincerity and unassuming presence made him stand out. But he could command a room of TV personalities with the same gentle control he used to direct the attention of small children. In 1997, Rogers appeared at the 24th Annual Daytime Emmy Awards to accept a Lifetime Achievement Award.

In his acceptance speech, Rogers spoke about the people in his life whose help had brought him to that very stage. He then addressed the audience directly. “Would you just take, along with me, 10 seconds to think of the people who have helped you become who you are?” he asked. “Those who have cared about you and wanted what was best for you in life? I’ll watch the time.”

Tom Junod described the moment in a 1998 profile of Rogers for Esquire. “There was, at first, a small whoop from the crowd, a giddy, strangled hiccup of laughter as people realized that he wasn’t kidding, that Mister Rogers was not some convenient eunuch but rather a man, an authority figure who actually expected them to do what he asked … and so they did,” Junod wrote. “One second, two seconds, three seconds … and now the jaws clenched, and the bosoms heaved, and the mascara ran, and the tears fell upon the beglittered gathering like rain leaking down a crystal chandelier, and Mister Rogers finally looked up from his watch and said, ‘May God be with you’ to all his vanquished children.”

In addition to these standout moments of Rogers’ life that were recorded on video, there were the countless meetings with fans in which he never seemed to waver in his kindness and sincerity. As the 50th anniversary of Rogers’ show approached, people who had met him, even briefly, shared their stories on social media.

In a series of tweets in 2017, Anthony Breznican described how he ran into Rogers during a particularly difficult time in his life:

Breznican had stopped Rogers to tell him the show had helped him, at which point Rogers asked him what was wrong and sat down to talk with him about what he was going through.

Rogers’ compassion for fans was well-documented. In Junod’s 1998 profile, he described how producer Margy Whitmer had trouble keeping Rogers on schedule in New York City because of his tendency to stop and engage with anyone who recognized him: “Every time [Whitmer] turned around, there was Mister Rogers putting his arms around someone, or wiping the tears off someone’s cheek, or passing around the picture of someone’s child, or getting on his knees to talk to a child. Margy couldn’t stop them, and she couldn’t stop him.”

Rogers’ words have outlived him and reached young people who came of age even after his death. Most notably, a story Rogers once told about his mother’s advice for coping with violence and tragedy began resurfacing in recent years.

“When I was a boy and I would see scary things in the news, my mother would say to me, ‘Look for the helpers. You will always find people who are helping,’” the story goes, according to Rogers’ website. “To this day, especially in times of ‘disaster,’ I remember my mother’s words and I am always comforted by realizing that there are still so many helpers — so many caring people in this world.”

Rogers’ call to “look for the helpers” has become a kind of shorthand for people who struggle to process traumatic events: His words circulated after the Boston Marathon bombings in 2013, the Sandy Hook shooting in 2012, the attack at Manchester Arena in 2017 and the Marjory Stoneman Douglas High School shooting in February. In a way, that worldview seems an apt legacy for Rogers — who, by all accounts, lived his offscreen life with the same care and tenderness he brought to his decades-long children’s show.

Years after his 2003 death, Rogers is “more relevant than ever right now,” Amy Franzini, chair of communication studies at Pennsylvania’s Widener University, told NPR in February. “He’s a dependable figure we can fall back on that makes us feel safe ... He’s the good in the world.”