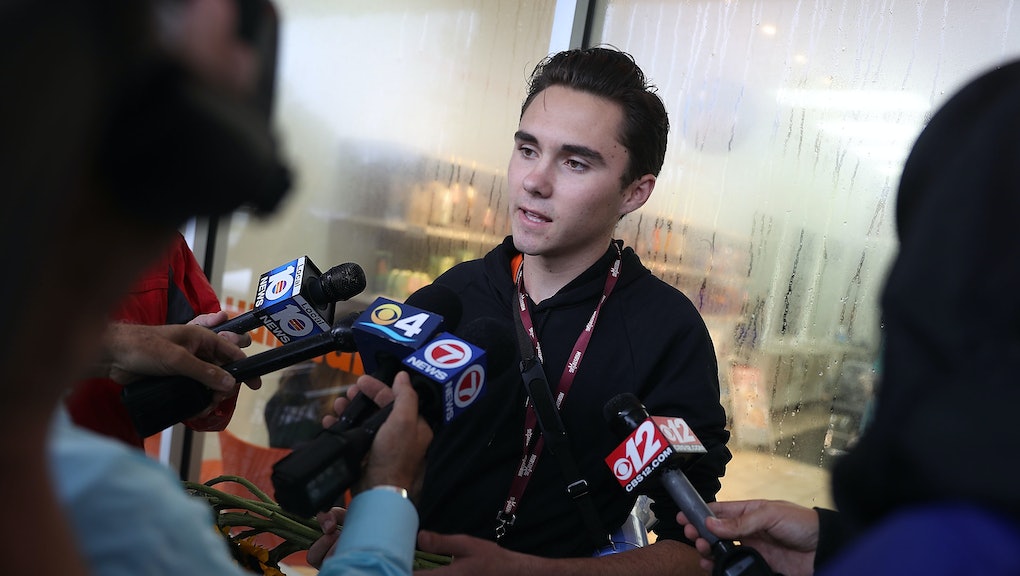 Emergency responders in Coral Springs, Florida, were dispatched to the home of Parkland, Florida, teen David Hogg on Tuesday, only to discover that the call that had summoned them to the residence had been a prank.

Hogg, who graduated from Marjory Stoneman Douglas high school in 2018, has been one of the most outspoken survivors of the February high school shooting that left 17 students and faculty members dead.

Hogg is currently in Washington, D.C., with his mother to receive the Robert F. Kennedy Human Rights Award and was not home at the time of the incident.

An unnamed official at the sheriff’s office told the New York Daily News that the home had been cleared before officials realized that the call was a prank, and said that investigators are still working to determine the source of the call.

In an interview with WPLG on Tuesday, Hogg said that the incident was merely an attempt to distract from the advocacy work that he and other survivors have been doing in order to get gun reform measures passed in the United States.

“I think it’s really a distraction from what we’re trying to fix here, which is the massive gun violence epidemic in this country,” he told ABC.

On June 15, Hogg and several of his Parkland peers plan to embark upon a bus tour of the United States in connection with the March for Our Lives movement that they helped to build. On the tour, they will engage in voter registration drives and other political advocacy initiatives aimed at unseating congressional candidates that support the National Rifle Association.