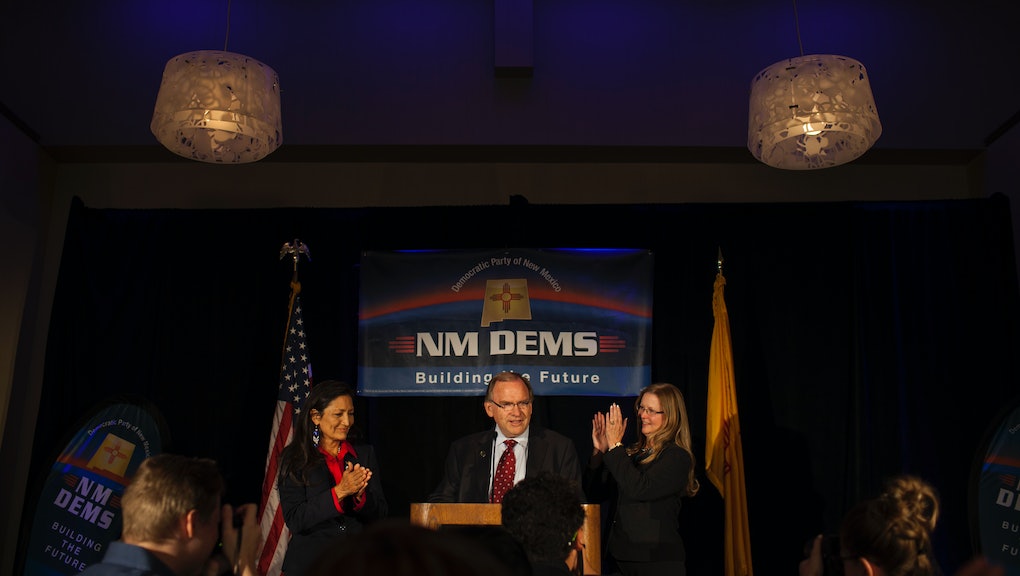 Congress may have its first Native American woman come November.

A member of the Pueblo of Laguna tribe, Haaland has long been active in Democratic politics, having worked on former President Barack Obama’s 2008 campaign and chairing her state’s Democratic Party shortly after. In 2014, she mounted an unsuccessful run for lieutenant governor of New Mexico.

Haaland is one of several Native candidates who have stepped up to run this year, including Paulette Jordan, a member of the Coeur d’Alene tribe who recently won the Democratic nomination for governor of Idaho, and Kaniela Ing, a native Hawaiian running for Congress in Hawaii.

Haaland is running for the seat currently held by Democratic Rep. Michelle Lujan Grisham, who is not seeking re-election in order to run for governor. A staunch progressive, Haaland supports a Medicare-for-all single-payer health-care system, debt-free college and moving the U.S. to a 100% renewable energy system.

Haaland is also the first candidate who has called for defunding or abolishing Immigration and Customs Enforcement — a growing movement within the progressive left — to qualify for the November ballot.