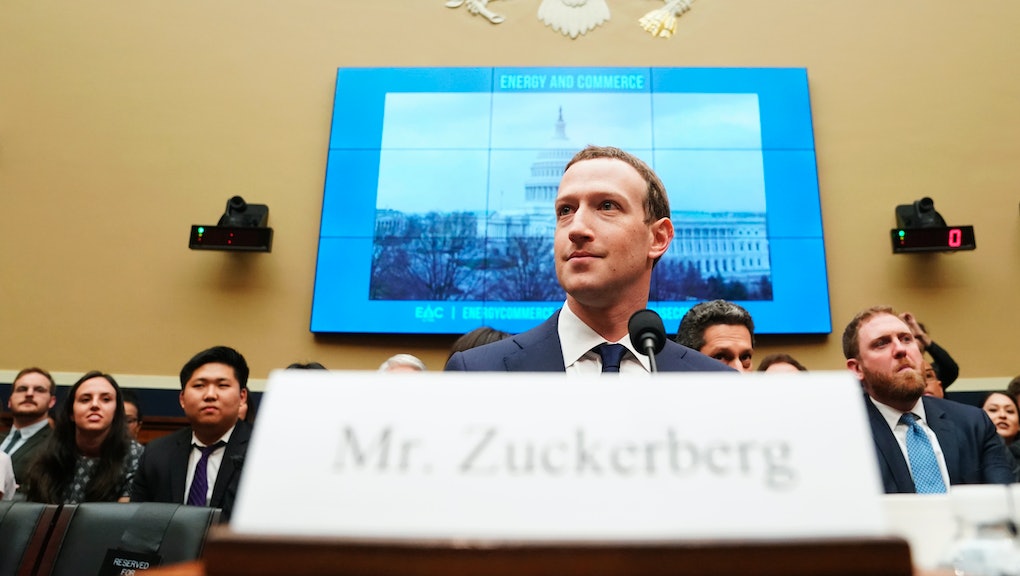 Facebook is now being sued by the state of Washington over its use of political ads, and at the same time drawing outrage in Washington, D.C., following a report that alleged Facebook was inappropriately sharing data with private companies, including Chinese phone makers.

The report in the Sunday New York Times revealed that Facebook had struck data-sharing agreements with at least 60 device makers that has allowed them access to information including political affiliation, upcoming events and information about users’ friends, even those who did not give Facebook permission to share their information with third parties. In addition to manufacturers like Apple and Samsung, the company also confirmed that it shared information with Chinese electronic companies, including manufacturer Huawei, which has ties to the Chinese government.

The report has sparked questions over whether the data sharing was in violation of the company’s 2011 agreement with the Federal Trade Commission, which bars Facebook from sharing data with a third party that exceeds a user’s privacy settings without the user’s consent.

Facebook is already being investigated by the FTC over Cambridge Analytica, which resulted in up to 87 million Facebook users’ data being mined by the data firm for the benefit of its clients. CEO Mark Zuckerberg testified before Congress over Facebook’s data practices in the wake of the scandal, during which he stressed the importance of telling users “exactly how the information that they share on Facebook is going to be used.”

Lawmakers on both sides of the aisle have expressed concern over the data sharing with device makers. Senate Judiciary Committee Chairman Chuck Grassley (R-I.A.) and Rep. Frank Pallone (D-N.J.), the ranking Democrat on the House Energy and Commerce Committee, have called for the FTC to investigate the matter.

On Tuesday, Sens. John Thune (R-S.D.) and Bill Nelson (D-Fla.) of the Senate Committee on Commerce, Science and Transportation sent a letter to Zuckerberg with questions regarding the latest data-sharing reveals. The letter included a question of whether Zuckerberg would like to amend his congressional testimony, which included claims that Facebook users have “complete control” over the content they share.

Sen. Mark Warner (D-V.A.), the top Democrat on the Senate Intelligence Committee, also raised concerns about the data sharing with Chinese manufacturers. In a statement quoted by the New York Times, Warner said that he “[looks] forward to learning more about how Facebook ensured that information about their users was not sent to Chinese servers.”

Facebook has denied that its data-sharing practices were in violation of the FTC agreement, saying that the company viewed the device makers as “service providers” that did not require additional permissions to share friend data. In a blog post responding to the Times piece, the company said it “controlled [the device maker agreements] tightly” and was “not aware of any abuse” of the data that had been shared. Facebook also said it was winding down its partnerships with device makers, and has already ended 22 of the partnerships.

About the data sharing with Chinese companies, Facebook representatives cited by the Times said that Huawei kept users’ data stored on its phones, rather than the company’s servers.

But data sharing hasn’t been the only concern raised by the government about Facebook in recent days. In addition to its woes with the federal government, the company has also come under fire from the state of Washington, whose Attorney General Bob Ferguson filed lawsuits against Facebook and Google Monday over the companies’ practices regarding political advertisements.

The law also requires the information advertisers obtain to be made public, which Facebook failed to do. According to the lawsuit, Eli Sanders, an associate editor with Seattle newspaper the Stranger, hand-delivered a request to Facebook for information concerning advertisements in two 2017 Seattle elections, which Facebook ultimately never disclosed. The company also failed to disclose requested information to Conner Edwards, who filed a citizen action notice to the attorney general in April over Facebook’s alleged violation of the Washington law.

Google similarly failed to collect and disclose the advertisement information as required by law, the lawsuit against the company noted.

In a statement to the Associated Press, Rob Leathern, Facebook’s director of product management, said, “Attorney General Ferguson has raised important questions and we look forward to resolving this matter with his office quickly.”

Facebook’s political advertising has been another prominent source of concern for the company in the wake of the 2016 election, in which Facebook advertisements played into the Russian effort to influence the election. The social media giant has announced a number of changes to its policies concerning political advertisements as a result, including requiring advertisers to be authorized by Facebook through confirming their identity and location and labeling political ads as such at the top of the post, along with information about who paid for the ad. The company also said it will release a public, searchable archive of political ads, including how much was spent on the ad and the targeted demographics.