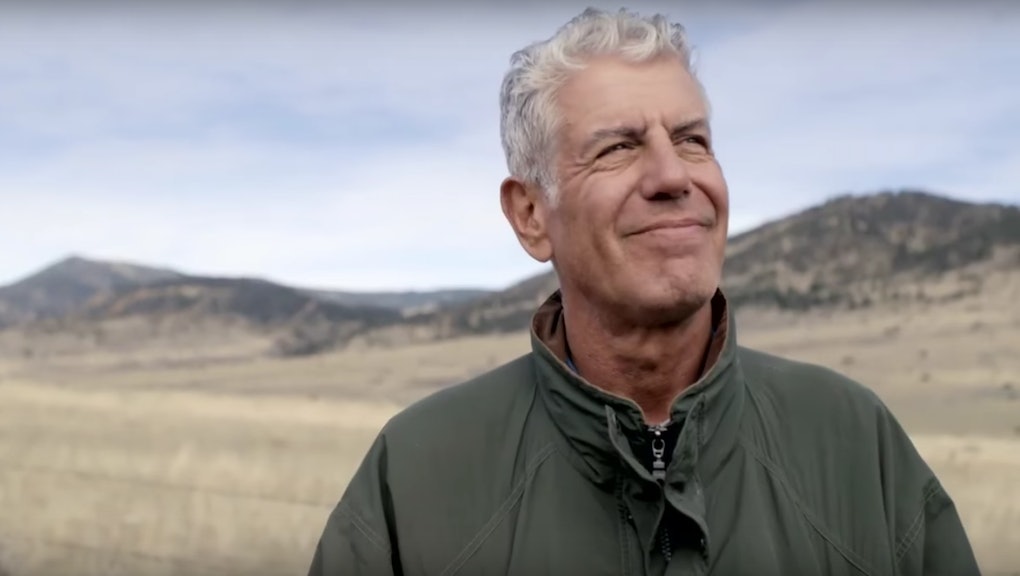 Anthony Bourdain was more than a TV host. He was a guide on how to view the world.

There are certain conditions required for optimal viewing of past episodes of CNN’s Parts Unknown. First, it should be the weekend — one of those lazy Saturday or Sunday mornings when you don’t have anywhere to be and the sunlight feels fresh. You should be eating something, even if it’s a standard bacon-and-eggs breakfast, leftovers from the previous night’s takeout or something far more creative. Everything tastes better when you’re watching food television. And, most importantly, you should be willing to give yourself over completely to whatever journey the Parts Unknown crew and host Anthony Bourdain have plotted out.

Bourdain — whose death by apparent suicide was reported Friday morning, when he was found unresponsive in a hotel room in France at age 61 — was an explorer. For more than a decade, across nine seasons of the Travel Channel’s No Reservations and 11 seasons of Parts Unknown, Bourdain exposed TV viewers to parts of the world and foods they might not experience otherwise. He basked in the beauty of Vietnam, made friends with scientists holed up in Antarctica and detailed Detroit’s past and present, to name just a few of the locales that immediately come to mind. And the whole time, he remained a curious chronicler and respectful guest — always armed with questions and ready to ask for seconds, even if the meal might make him physically ill.

Despite his apparent elitism and punk-rock pose, Bourdain was an incredibly open-hearted TV personality. The Emmy winner approached the world with a genuine fascination — you could hear it in his considered narration and the reverent way he discussed other cultures, particularly on Parts Unknown — and that fascination was contagious. Watching Bourdain travel the globe wasn’t just like being transported to another part of the world; it was like being invited to share in someone else’s worldview.

Of course, you were also seeing the world through the eyes of someone who knew how to make gorgeous television. The way those hours of TV unfold, with their panoramic vistas and quiet shots that capture the in-between moments in far-off locations — it’s truly hypnotic.

Beyond the crystal-clear views of, say, Basque Country, there are all sorts of pleasures tucked away into these shows, be it the homages to classic films (Taxi Driver, Apocalypse Now, The Big Lebowski); the editing style that could vary wildly from episode to episode (the after-hours “Tokyo” installment of Parts Unknown feels like it’s cut to generate a contact high); or the impressive guests Bourdain could get to break bread with him (proto-punk legend Iggy Pop and then-President Barack Obama were just two well-known guests).

For all the ink that’s been spilled over auteur-driven TV this century, it feels as though Bourdain never quite got his due in that conversation, likely because he wasn’t steering a traditional serialized or prestige show. But his work in the medium, while certainly not the labor of one person, feels like it came from a singular vision, one that was stylized but substantive, prickly but still generous. Simply put, Bourdain was one of the most compelling and engaging figures on TV, and he’ll be deeply missed by many.

I have about a dozen episodes of Parts Unknown stored on my DVR right now, so I know exactly how I’m going to spend my weekend. I’m going to visit Hong Kong, Armenia, Laos and Southern Italy with my favorite tour guide.