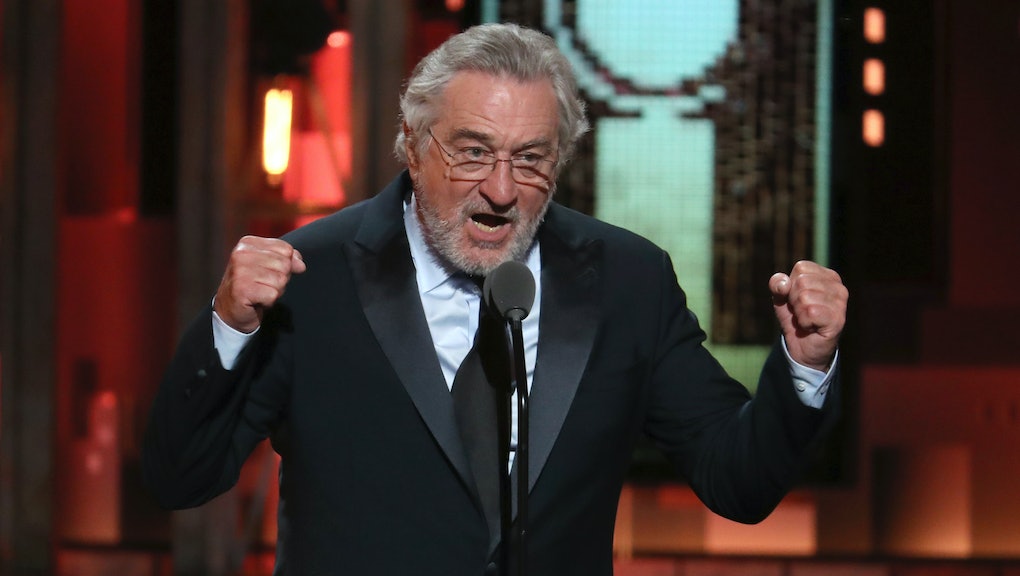 An unbleeped version aired in Australia, according to viewers, and some journalists in the audience at Radio City Music Hall tweeted about the moment as it was happening:

De Niro went on to encourage the audience to vote in November before introducing Springsteen, whose one-man Broadway show is running until December. De Niro praised Springsteen’s activism, saying, “Bruce, you can rock the house like nobody else and even more importantly in these perilous times, you rock the vote, always fighting for, in your own words, truth, transparency and integrity in government. Boy, do we need that now.”

There were some other nods to politics at the Tonys — which is somewhat the artsy, East Coast cousin of the glitzy and staid Oscars or the Golden Globes. Andrew Garfield, who won the first award of the night for his role onstage in Angels in America, said in his speech, “I dedicate this award to the countless LGBTQ people who have fought and died to protect that spirit — to protect that message for the right to live and love as we are created to. We are all sacred. Let’s just bake a cake for everyone who wants a cake to be baked!”

The man behind Angels in America, legendary playwright Tony Kushner, spoke to reporters backstage about De Niro’s spirited introduction for Springsteen, the AP reported. “I agree,” Kushner said of De Niro’s message to President Donald Trump. “Good for him. I mean, it’s Robert De Niro. Who’s gonna argue with him?”