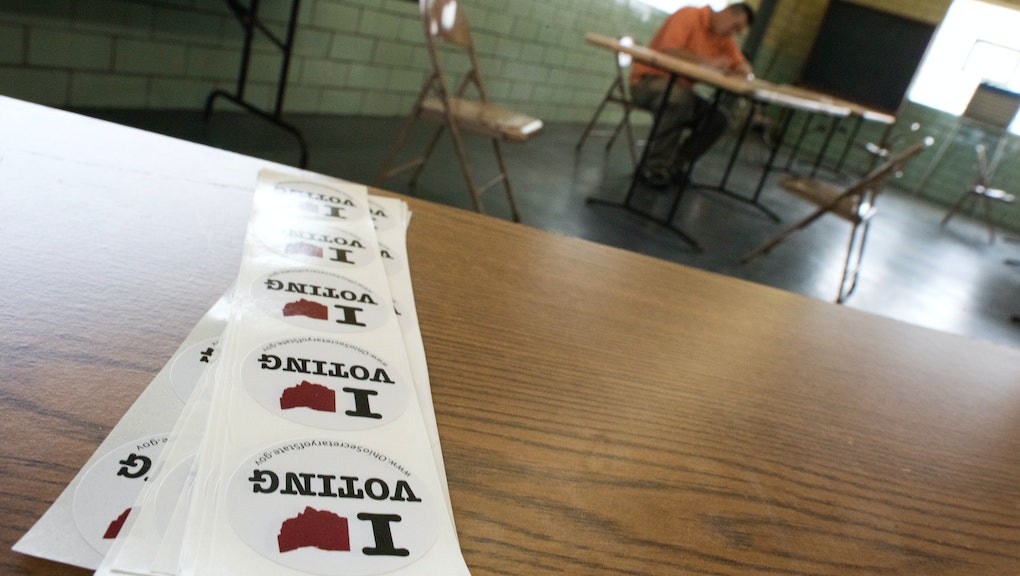 The Supreme Court on Monday ruled that the Ohio secretary of state had the right to purge voters from rolls in his state for not having voted in an election for four or more years.

In a 5-4 decision, the court said that Ohio’s removal of the voters from the rolls does not violate the National Voter Registration Act’s “failure to vote” clause because the state sent voters “preaddressed, postage-prepaid return cards” asking them to confirm they still reside at a certain address and removes voters who do not return the card only after they “fail to vote in any election for four more years.”

“Ohio’s process cannot be unreasonable because it uses the change-of-residence evidence that Congress said it could: the failure to send back a notice coupled with the failure to vote for the requisite period,” Supreme Court Justice Samuel Alito write in the decision. “Ohio’s process is accordingly lawful.”

Voting rights advocates are furious about the decision, saying on Monday that it disenfranchises voters.

“The Supreme Court got this one wrong. The right to vote is not ‘use it or lose it’,” Chris Carson, president of the League of Women Voters which has fought in favor of numerous voting rights cases, said in a statement. “The public trust in the fairness of our elections is badly shaken. This decision will fuel the fire of voter suppressors across the country who want to make sure their chosen candidates win re-election — no matter what the voters say.”

The American Civil Liberties Union called the decision a “setback for voting rights.”

A Reuters study published in 2016, the year the case was initially filed, said that the policy “appears to be helping Republicans” in Ohio’s “largest metropolitan areas.”

“In the state’s three largest counties that include Cleveland, Cincinnati and Columbus, voters have been struck from the rolls in Democratic-leaning neighborhoods at roughly twice the rate as in Republican neighborhoods,” Reuters wrote in their report.

The case was sparked when Ohio resident and Navy veteran Larry Harmon went to go vote in 2015, but found he had been purged from the rolls.