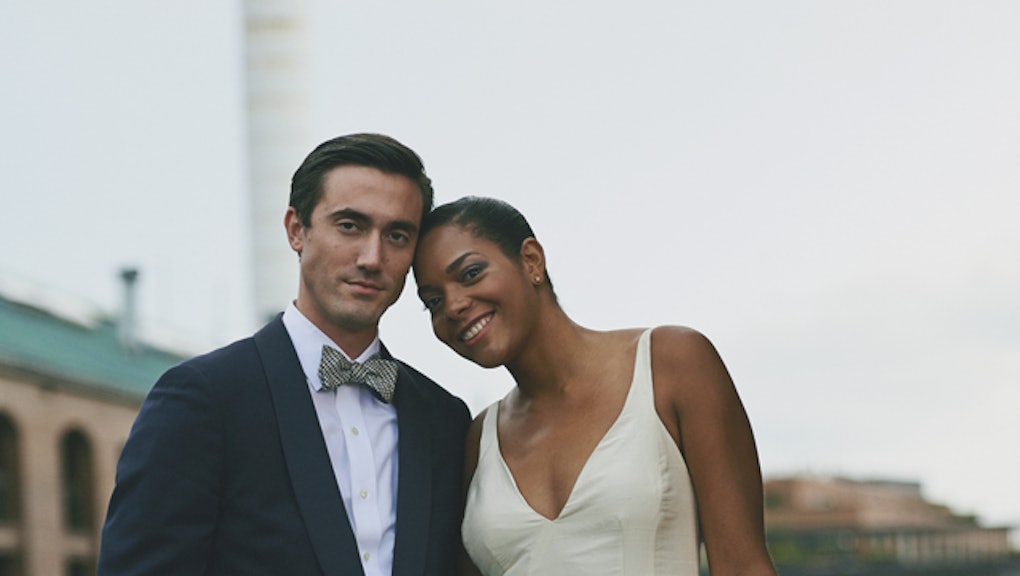 Tuesday marks the 51st anniversary of the Supreme Court case Loving v. Virginia. The case was brought by Richard Loving, a white man from Virginia who was sentenced to a year in prison for marrying Mildred Loving, an African-American and Native American woman.

Now, every year on June 12, couples across the country celebrate Loving Day in honor of the landmark Supreme Court case ending a ban on interracial marriage.

Kyle Lierman and Amanda Lierman are one of those couples. They spoke with Mic on why this day is especially significant to them.

“It’s pretty incredible to think that just 60 years ago, Amanda and I couldn’t have been married and frankly so many of our friends and couples that we know wouldn’t have been able to be married,” Kyle Lierman said.

While interracial marriages are more commonplace now, the Liermans agree that there is still progress to be made.

“It was definitely something that we noticed and I see stares happen even when I’m alone with our child, I can feel what people are thinking of, like, ‘Who is the father?’ even sometimes,” Amanda Lierman said. “So that can be frustrating.”

The marriage between the Lovings violated the Racial Integrity Act of 1924, which prohibited interracial unions. The Supreme Court’s unanimous decision in their case ruled the ban was unconstitutional, ending all race-based restrictions on marriage.

Kyle and Amanda were married in 2015 and now have a daughter, Belle. Loving Day, they hope, will remind Belle that she gets to grow up in a world where “mixed couples are completely normal,” according to Kyle and where “everyone is brown!” adds Amanda.

Do you have a #LovingStory? For more of the Lierman’s story, watch the video above.