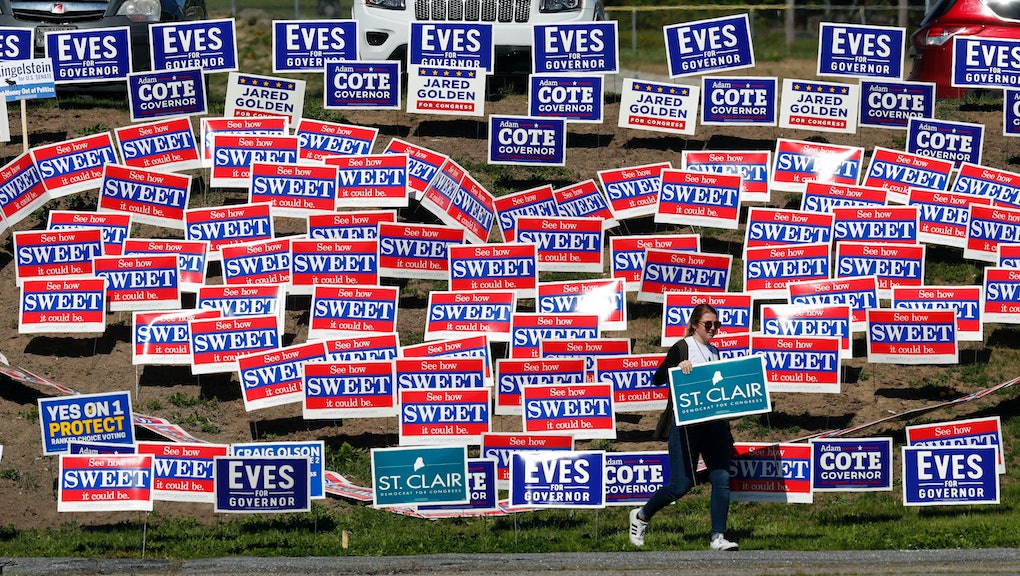 Maine voters passed a referendum Tuesday to keep the state’s ranked-choice voting system in place, overriding their state legislature’s attempt to block the voting system from going into place.

Back in 2016, Maine voters passed a ballot initiative to enact ranked choice voting, which allows voters to rank their candidate preferences on the same ballot to prevent fringe candidates from acting as spoilers. But Republicans in the state legislature tried to delay the law from going into effect.

Maine voters, however, overrode the delay attempt on Tuesday, voting to keep the ranked-choice system of voting in place by a margin of 54.3% to 45.7%.

Ranked-choice voting prevents spoilers in crowded candidate fields by counting ballots in rounds. If no candidate in the field gets at least 50% of the vote, the candidate who came in last is dropped from the ballot, and that candidates’ ballots are reallocated to the remaining candidates based on voters’ ranked preferences.

Maine’s secretary of state made a video to describe how the process works, which you can watch below.

That spoiler effect is partly how the state elected their current GOP Gov. Paul LePage, whom Politico dubbed “America’s craziest governor” back in 2014. LePage has made a number of comments ranging from bizarre to racist, including saying that polar ice cap melting has actually made things better for shipping companies, and that he wanted to blow up the offices of one of the state’s largest newspapers.