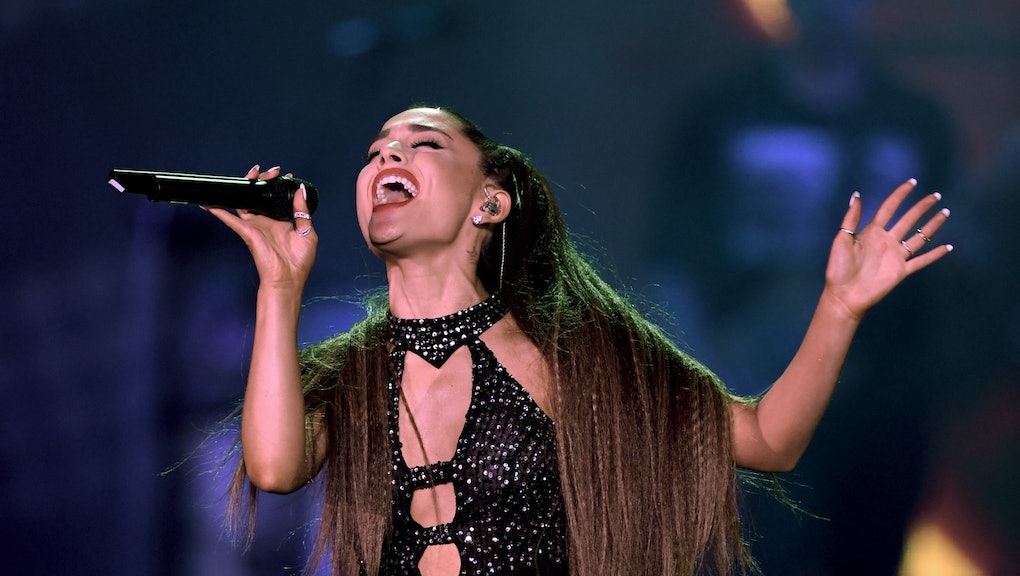 Ariana Grande’s new single is called “The Light is Coming.” And it’s coming. Not to YouTube. Not to Tidal. But to Reebok.

That’s right: For the 24 hours starting at 12 p.m. Eastern on Wednesday, the apparel company’s site will have exclusive rights to the music video for Ariana Grande’s newest certified bop, featuring Nicki Minaj.

In a press release, a representative for Reebok claimed, “In an era where brand/celebrity relationships are commonplace, and their authenticity is increasingly questioned, Reebok and Ariana Grande are breaking from the norm” with this collaboration. Hey, whatever it takes to sell shoes.

Oh, right, which reminds me: Ariana Grande has a line of shoes and apparel at Reebok, too, apparently. The press release included this photo of Ariana holding a glowing, white orb, perfectly illuminating a red-and-blue striped shoe.

The light. It’s coming. To her shoes. And also to illuminate the dance floor. And our souls.

But really, the new song is a jam, folks. It’s just the latest single — and video — off Ariana’s upcoming album, Sweetener, which will be out later in 2018.