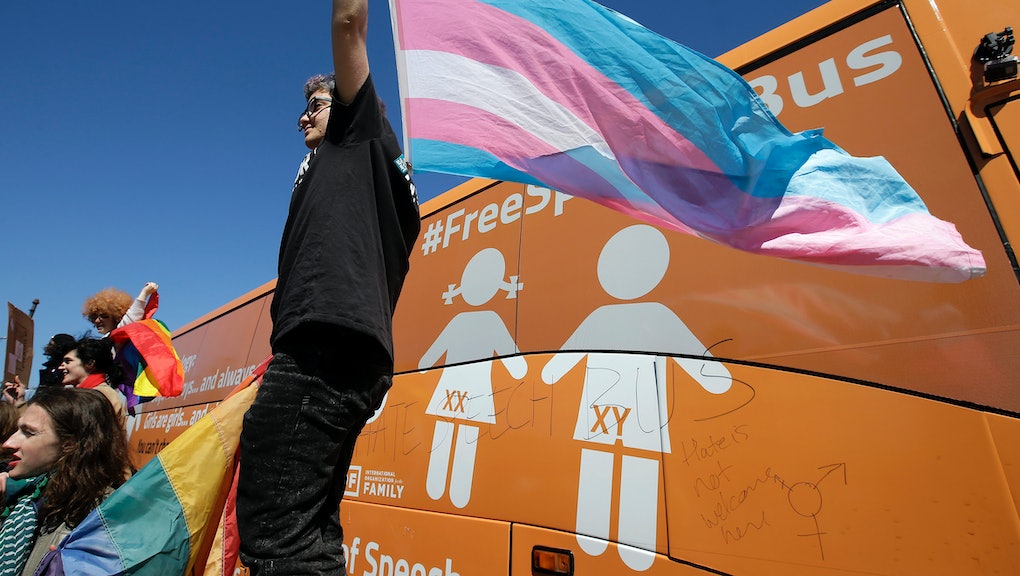 In the newest version of its International Classification of Diseases, WHO announced it was moving gender incongruence — WHO’s phrase for succinctly describing the experience of being trans — from the mental disorders section to the sexual health section. According to CNN, this change will be presented at the World Health Assembly in 2019 and won’t go into effect until 2022.

“It was taken out of mental health disorders because we had a better understanding that this wasn’t a mental health condition, and leaving it there was causing stigma,” Dr. Lale Say, coordinator of WHO’s Adolescents and at-Risk Populations team, said in a news release Monday.

For the trans community, this move is likely a welcome, but certainly long overdue, change.

The American Psychiatric Association removed “gender identity disorder,” a term that was used to diagnose trans individuals, from its list of mental health disorders in 2012. It now uses the term “gender dysphoria.” (WHO removed homosexuality from the ICD edition published in 1992. The APA hasn’t classified homosexuality as a mental disorder since 1973.)

The trans community is still more likely than most to experience mental health issues like anxiety and depression, due in no small part to pervasive social stigma and the threat of anti-trans violence. Those threats are magnified for people of color — particularly for trans women of color.